Kimbra On "Primal Heart," #MeToo, And How She Stays Grounded 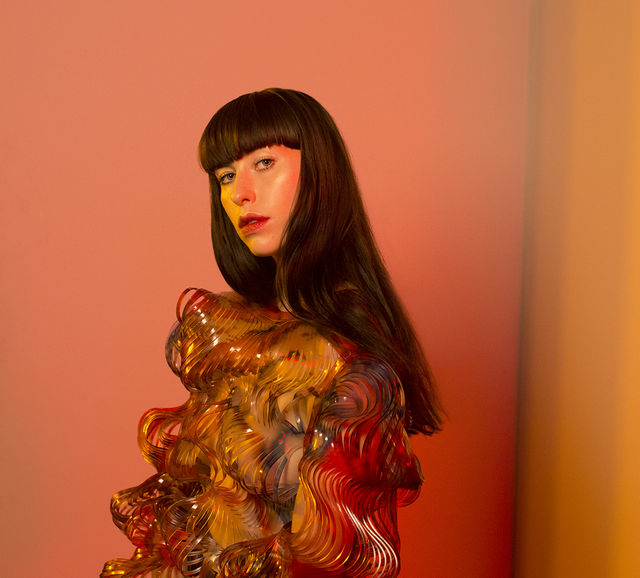 Kimbra is still at the start of her Saturn return—she hasn’t even hit thirty—yet speaking with her, it’s clear she’s already wise beyond her years, and surprisingly relatable.

The New Zealand songstress burst into millennial pop culture consciousness featuring on “Somebody That I Used To Know,” Goyte's aching, xylophone-infused breakup anthem that was ubiquitous in 2012 and earned her two Grammys the following year. Meanwhile, the chanteuse has continued to put out powerful, evocative records. Primal Heart, her third full-length studio album, was released in April—less than a month after her 28th birthday.

Kimbra spoke with us about how she’s managed to grow and stay grounded amidst the craziness of the music industry.

It’s been six years since your U.S. debut. How would you describe your metamorphosis since then? How have you grown artistically?

My second album, The Golden Echo, was quite a big record for me because I jumped headfirst into being a producer—co-producer with Rich Costey—and had that chance to learn my technical ability in a more profound way. And I collaborated a ton, I brought in so many different artists on that record, so I learned how to communicate with a lot of different musicians and how to hold myself in the studio and embrace the confidence. I was also so overwhelmed with imagination at that point; everything was a chance to explore. My creative process was very playful and indulgent, as it should be when you're that age, and you're given an opportunity to work with amazing people in the States.

But then I took some time for myself, and I moved my life from LA to New York. I also, in the process of that, I was traveling across the country, and with a boyfriend at the time, went from LA to New York in a car, I drove the country. So that was super amazing. And I took two trips to Ethiopia in the time of making the record. So you can pick up a few things I'm doing here which are just about finding identity away from music, right? Just kind of growing as a woman, being aware of the world around me and having experiences that didn't relate to "Kimbra, the artist" but just "Kimbra, the girl from New Zealand living in America." 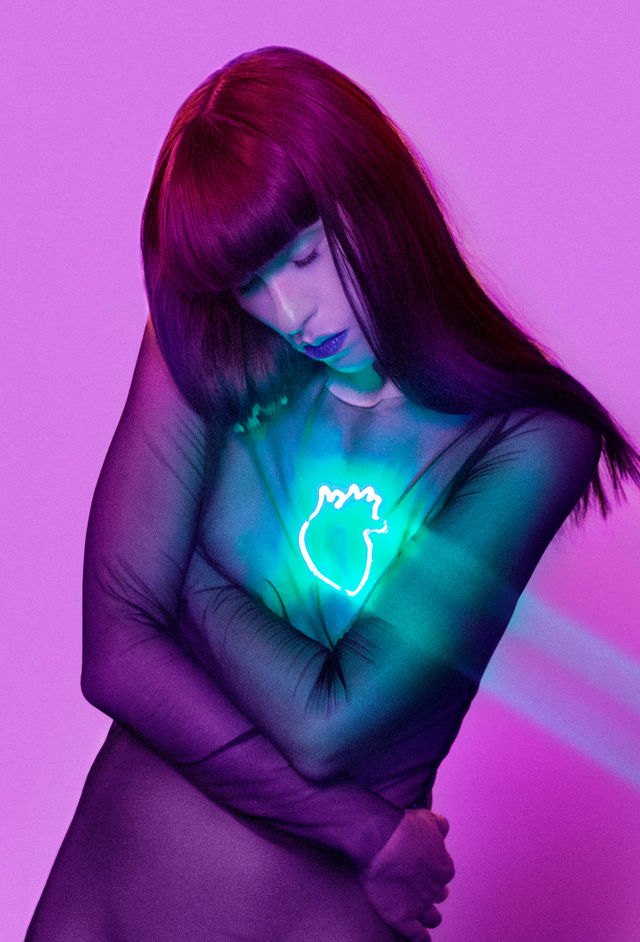 When you started your latest album, Primal Heart, what themes did you set out to explore? Are they what you wound up exploring?

It's hard to impose themes at the start, because you've gotta let the music lead you. I think the threads start to reveal themselves halfway through the process, sometimes even at the very end. I only titled the record Primal Heart in the week of mixing, and it became clear that those were two words that profoundly explain the whole essence of the record. Every song seemed to delve into an important part of origin, and human connection, and primality—that sense of like what really makes us up at our core—and a lot of that is the ability to feel joy and also suffering. Suffering connects us, and I think that's present across Primal Heart. I've tried not to censor moments of struggle in that record.

I remember thinking that I wanted to create patience around my work a little more. So the idea of singing a lyric, a melody, and then just letting it sit. Letting things take their time to bubble. My previous work had been about filling every space with a layer and a trick of excitement. With Primal Heart, I wanted to find a way of captivating my audience with a little more groundedness. Less up in the clouds and more two feet on the ground. Having a conversation with someone. Really connecting with them. And more confessional. I wanted to speak my truth in a way that was less about creating characters and sitting inside myself a little more.

I love "Everybody Knows"—you made a banger out of a horrible experience. Do you feel shifts in the music industry after the Weinstein story broke and with the #MeToo movement?

[The Weinstein story broke] as I came to the end of making my record. The next record I make I will be walking into the new era. That's why the song "Everybody Knows" is interesting, because I certainly had themes of this stuff going on when I wrote the song. And some other women's stories were kind of surfacing, but weren't getting big attention. My story is less about the specific nature of sexual abuse and more about oppression in many forms. I think being a woman in any industry, you're used to the feeling of perhaps being in a situation that's toxic, and you have to use your voice to speak words of liberation from that and claim your independence.

It will be interesting to go into making records from this point onward understanding a new accountability there. I like that there is a conversation amongst men about what is appropriate in the workplace and what is appropriate within the music industry, for example. I think that conversation just wasn't really there. It was there Friday night after a few drinks, girls open up and you're like, "Shit! Dude, that's not cool." But it wasn't like a public conversation that you could maybe even bring up at the start of a session with someone that you respect. I think airing things out, transparency, is good for everyone. It'll be interesting to see what the dynamic professionally is like, moving forward in my work. I hope there will be a different energy in the rooms. I think there will be.

In "Version of Me,” you sing about throwing your words around like fire. I found that so relatable because I have to be careful of that in relationships. How are you trying to be the best version of yourself on- and off-stage?

I'm very devoted to a few spiritual practices in my life that are rooted in self-awareness. I try to meditate daily and spend time in silence. Silence isn't something that comes naturally to our world, but I find that in silence, you become confronted with all that lives within you, both good and bad. You feel a sense of accountability to things, like how you threw your words around like fire the day before, how you treated someone. In silence, we see things rise up within us that don't get to be revealed in the hustle of day-to-day—and in that space, we have to learn acceptance. There's no point battling over and over with yourself. We just end up in a cycle of self-loathing. We see a side of ourselves we don't like and we fight with it, and we struggle, and we repeat ourselves, and there's no growth.

But I find as I'm getting older, the first step is acceptance. In silence, I'm able to practice self-love or receiving love from beyond or God or whatever you want to call it. That's the first step. Then, of course, committing yourself to what you want to stand for—what kind of lover/friend/partner you want to be. I think it's hard, especially because as women, we have a lot of expectations on us. Both genders have a lot to live up to. Men are always told to be strong and tough-skinned. Women are always told to be nurturing, tender. So it's working through those social labels and really trying to sit with yourself and understand yourself. Know thyself. In "Version of Me,” I was quite confessional about the sides of myself that I would like to improve. But the first step to that is probably just seeing them and not fighting with them.

Check out kimbramusic.com for more info on her music and tour dates. Kimbra is on Twitter and Instagram at @kimbramusic.

Tags: Kimbra , music , interview , Primal Heart , #MeToo , BUST interview
Support Feminist Media! During these troubling political times, independent feminist media is more vital than ever. If our bold, uncensored reporting on women’s issues is important to you, please consider making a donation of $5, $25, $50, or whatever you can afford, to protect and sustain BUST.com. Thanks so much—we can’t spell BUST without U.