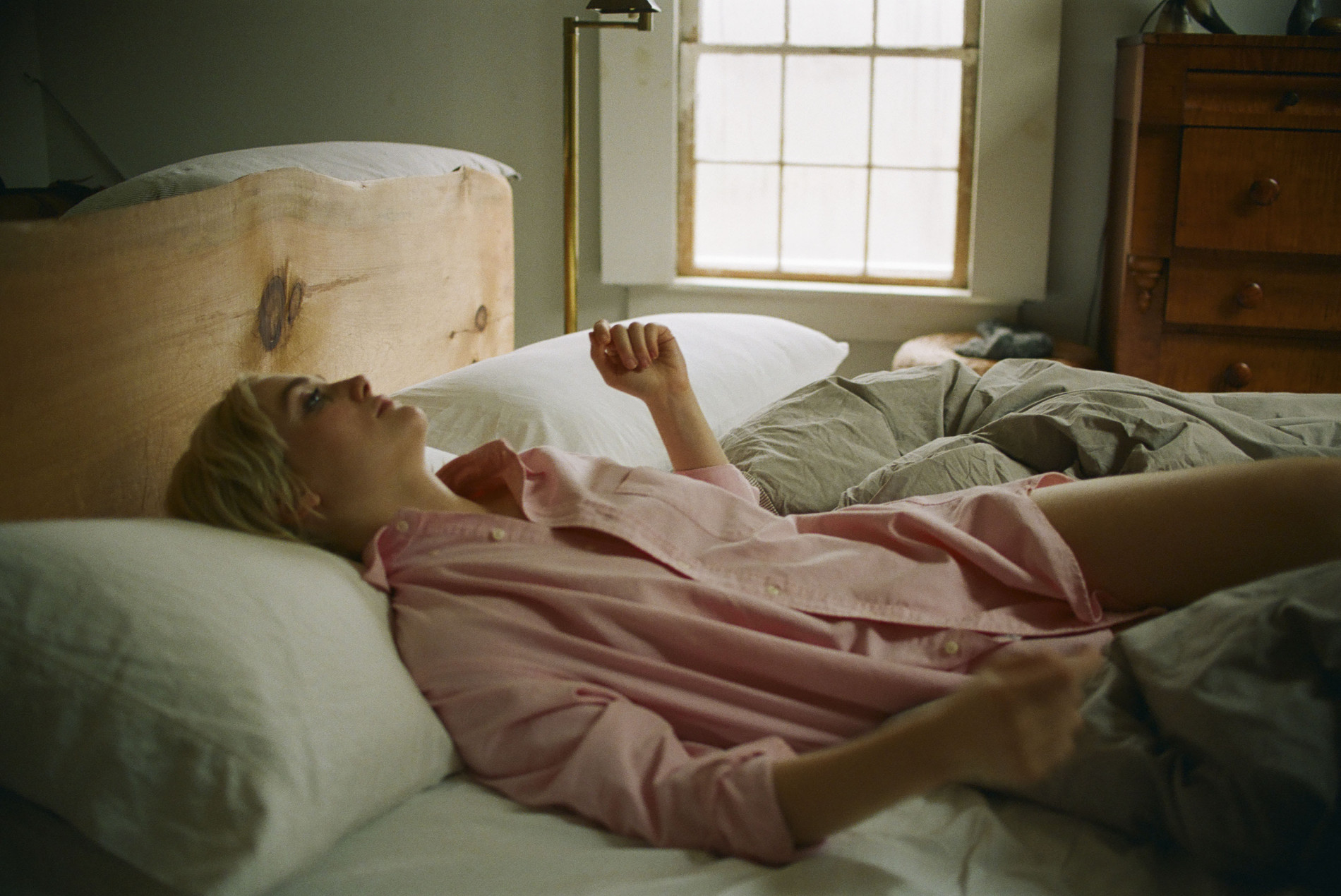 Alison Sudol keeps busy. Her former band, A Fine Frenzy, has garnered international acclaim, repeatedly breaking into Billboard’s charts. She plays Queenie in Fantastic Beasts: The Crimes Of Grindelwald, out today. Now, Sudol is launching her next project: recording music under her own name. We’re excited to premiere the track, “Escape The Blade,” from her new EP, Moon:

The track carries her trademarks: haunting vocals, quiet contemplation, palpable yearning. The video, directed & edited by Samuel Aaron Bennett, teases her image among roiling waves and misty mountains. In a press release, Sudol writes about the year-long labor with Ali Chant (producer of Perfume Genius and PJ Harvey) to bring Moon to life, recording “in freezing basements and attics, at kitchen tables, and at Peter Gabriel’s sprawling studio near Bath.”

Moon will be the first project released from Sudol's new label, Hearth. Sudol's former major label had brought A Fine Frenzy success: She released 3 studio albums, with One Cell in the Sea selling over 300,000 copies worldwide. In 2008, the album was released in Germany, Austria, Switzerland, and Poland, peaking within the top 30 in all countries. But Sudol chafed against constrictions to her creative freedom—more specifically, industry forces trying to fit her into a box. "Being on a major label had given my career an incredible start but had ultimately become a very unhealthy place for me, creatively and personally. I couldn’t face going back into that kind of environment," she writes.

At Hearth, her team had the opportunity to experiment with synths and sounds, guitars, drums and “funky, half-working old machines”–mixing and dismantling their vision from the ground up. Their goal? “[T]o create a path for releasing music that takes mental health and wellness into consideration, and to tread as lightly on the planet as we can in the process.”

Moon is now available for streaming on Spotfiy. Sudol leaves us with these parting words: “Somewhere between an ending and a beginning, between the darkness and the stars, there was always the moon.”

Tags: Alison Sudol , A Fine Frenzy
Support Feminist Media!
During these troubling political times, independent feminist media is more vital than ever. If our bold, uncensored reporting on women’s issues is important to you, please consider making a donation of $5, $25, $50, or whatever you can afford, to protect and sustain BUST.com.
Thanks so much—we can’t spell BUST without U.