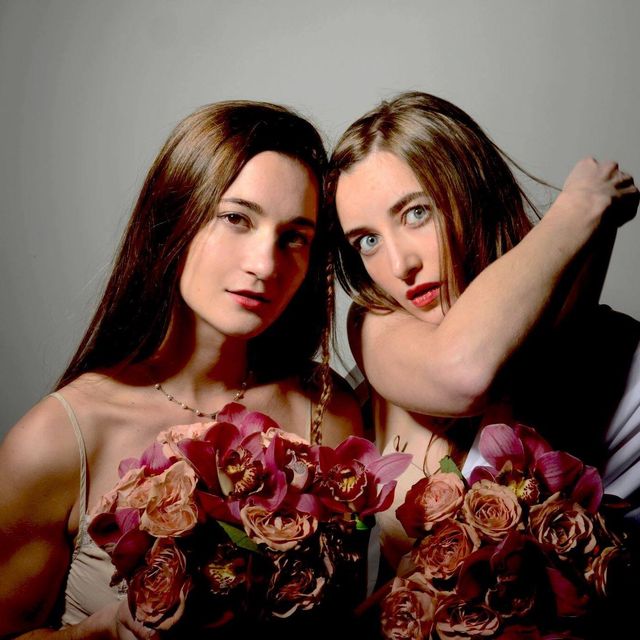 These days, it seems like you see the phrase “The Future Is Female” everywhere you look. While that may be the case, it’s also true that the present is largely female — at least as far as music is concerned. And if you think that present is limited to Taylor Swift and Katy Perry, think again. There are probably more talented women out there—young and old, black and white, straight and gay and everything in between—making music than ever before. Here are five of them.

“Multi-talented” is a word that gets thrown around a lot, but in Celisse Henderson’s case, it’s an understatement. Henderson—who is originally from the Oakland area but has been based in New York City for years—has an impressive and very diverse resume. She has performed at some of Gotham’s most prestigious venues; she made her Broadway debut in the 2012 revival of Godspell; she has appeared on TV in 30 Rock, White Collar and other shows; and she recently performed a spoken-word mashup of the Maya Angelou poem “Phenomenal Woman” and the Nina Simone song “Four Women” at Central Park Summerstage. Henderson is now about to embark on yet another creative venture: recording her first full-length album. Despite being classically trained and appearing on Broadway, she says that the album (which should be out next spring) will lean towards rock. Live, she is a force to be reckoned with; she can pick up a guitar and shred like Jimmy Page one minute and break your heart with a lovesick piano ballad like “Stay” the next. Of the latter song, Henderson says, “The whole song came to me in an hour or so… It was [about] one of those relationships with a lot of stops and starts… It felt good one minute and difficult the next.”

Like most of the women profiled here, Mary-Elaine Jenkins is based in Brooklyn. She spent her formative years far from the city, though; Jenkins is actually a 13th generation South Carolinean. “I’m from Hilton Head,” she says. “It’s deep in the low country and it’s a resort-y area, so it’s a little different. But my family pre-dates that [and] has watched it change over the years.” Jenkins’ distinct, honeyed vocals and Southern roots are the common denominators on her debut, Hold Still, which arrived September 28th and was produced with Thom Beemer. “The Rooster,” which opens the album and is about the ambivalence of ending a relationship, will hook you immediately. While most of the album maintains that slow, bluesy vibe, there is also what Jenkins calls “a creepy love song” to Iggy Pop. To these ears, “Iggy” is an upbeat, infectious tune in which the singer finds herself comparing scars with the Godfather of Punk. But despite her fondness for Iggy Pop, Jenkins is still a Southern girl at heart. Among her influences, she cites not only singers like Lucinda Williams and Bessie Smith but also photographer Sally Mann and writer Flannery O’Connor. Her biggest influence, though, is closer to home. “I grew up with a single mother,” she tells me. “She’s tough and funny and strong and emotional and really smart….The kind of person that I hope I can be one day.”

Fans of Kate Bush could do worse than to check out The New Tarot, a “post-genre group” that makes “music for humans.” Indeed, they’re not easily pigeon-holed. The band is led by sisters Monika and Karen Walker, who originally hail from Greenwich, Connecticut. Book of Promises, their full-length debut, dropped October 26th and is a concept album based on the reincarnation of John Dee, a 16th century occult philosopher and advisor to Queen Elizabeth—but it contains more than a nod to the present. “When [Donald] Trump declared his candidacy, it was almost like watching the themes we’d already been working on come alive before our eyes,” marvels Monika. “The album is about demagoguery, power and false prophets. It's not hard to see parallels in our current politics. We have a demagogue in the white house whose intentions are egotistical at best…. Fear and emotion are powerful beasts, and we are calling upon them to do our bidding with increasing frequency. What John [Dee] learns in the Book of Promises is that these beasts do not tame; they destroy. Trump is going to have to learn the hard way and so will we.” The New Tarot filmed an intriguing video for lead single “The Skinny” on a grey day in a Connecticut park.

“I like to think of our sound as if Aretha Franklin and Led Zeppelin had a baby,” says Brandi Thompson, the singer with Brandi & the Alexanders. “A lot of people are trying to recreate classic soul [but] we're trying to create a different kind of soul music. I like to call it Rock & Soul. I think there was something really interesting about the kind of music that came out 50 years ago [and] I'm hoping that music like ours will be part of a movement to bring that style back.” The band’s debut, How Do You Like It, came out on October 5th and showcases both Thompson’s impressive pipes and the tight, accomplished musicianship of the Alexanders. In addition to funky originals like the title track and “Drama Queen,” How Do You Like It features a fascinating, bluesy take on the Black Sabbath classic “Paranoid.” “Our guitarist is a fan [of Sabbath],” she says. “We were trying to think of great songs we could cover in our own way and he made the suggestion. It was a good idea, apparently; people love it!” Thompson has only been singing full time for about six years, having worked as a journalist and event planner before that.

Mother Feather has been a fixture of the New York rock scene for several years now. They returned on November 2nd with their eagerly awaited sophomore set, Constellation Baby, which follows their self-titled debut from 2016. This is hard rock with a side of glam. “The newest songs [on this] album were written during the fall and winter of 2016, right after the US presidential election,” explains Mother Feather front-woman Ann Courtney. “I locked myself away to write, face my depression, and stare down some uncomfortable feelings. Truthfully, I went to some very dark and lonely places. But once I let myself go there, that’s when album started to take shape …There’s a lot of fever and intimacy in these songs.” Highlights include the first single “Snakebite”—which rocks like hell and clocks in at less than two minutes—and the title track. “[The song] ‘Constellation Baby’ is a feminist prayer of connection,” says Courtney. “I want women to be free and I want to be an example.”