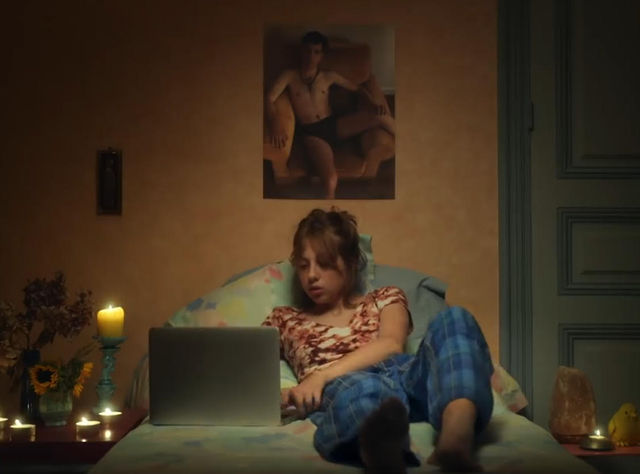 It’s a social commentary about sexual freedom, but it also playfully addresses the issue of representation. In an interview with The Huffington Post France, lead singer Emma Le Masne says (translated), “I realized that I didn’t have a reference. How many jerk-off scenes have we seen in films for adolescents? And why don’t we ever see a young girl who is caught by her parents?"

Like Le Masne, I’ve asked myself why there are not more examples of young girls embracing their sexual desires and learning about their bodies. When I was a pre-teen living in rural south Texas, I snuck into the bathroom in the middle of the night and shamefully masturbated on the toilet.

Bagarre, which means “brawl” in French, consists of five people who alternate being in the spotlight. Their music is celebrated in the Parisian club scene. Their album Club 12345 was released this year.