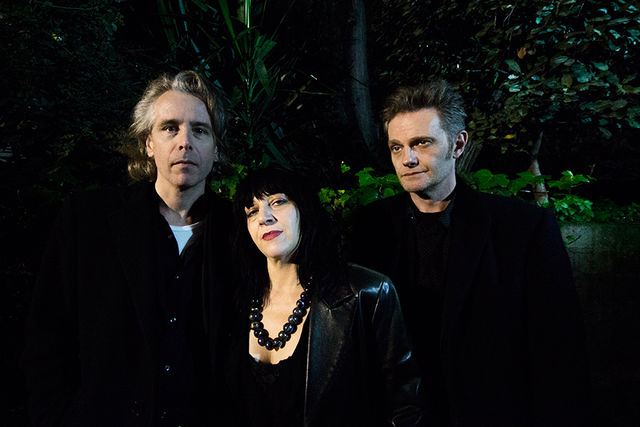 Taking over the city center of the beating heart of the Netherlands, Le Guess Who? festival returns with performances from rock trailblazers Mudhoney, film-score artist (and yes, brother to Brian) Roger Eno, alt-rock icons the Breeders, and North England rising stars Pigs Pigs Pigs Pigs Pigs Pigs Pigs. With performances across pop venues, theatres, churches, galleries, and industrial warehouses, there will also be satellite events popping up at nearby cafes, wharf cellars, and hidden corners across the city.

But what the Dutch festival really excels at is diversity, showcasing artists who have been blurring boundaries for decades and reminding us that a better world is possible. With a strong focus on activism and eschewing tradition, here’s a quick tour of some of our favorites across the four-day festival, and why Le Guess Who? is well worth the tip-off. Promise.

You might recognise the name Emel Mathlouthi from her protest songs, which became anthems for the Tunisian revolution in 2011. The songwriter and producer pairs traditional beats with modern electronica, first introduced through debut "Kelmti Horra (My Word is Free)." While many might expect the poetical nature of more classic Arab tracks from Mathlouthi, she instead embraces a newfound rawness and genre-defying sound in vein with transcendental creatures like Bjork and Massive Attack. Join the uprising as Mathlouthi kicks off the festival on Thursday, November 8 at 7:30pm.

Spawned from the New York no-wave scene, Lydia Lunch is a stalwart when it comes to independence. A key member of the notorious Teenage Jesus and the Jerks, Lunch has been championing a strong anti-commercial ethic since the late '70s. Her latest outfit, Lydia Lunch’s Big Sexy Noise, is no exception. She teams up with Brit '80s band Gallon Drunk to play out the kind of noise that rallies a mosh pit from the sweaty circles of a deadbeat dive bar, but that you might not hear climbing the charts. Lunch ushers in her Big Sexy Noise into the late hours of Thursday, November 8, beginning at 9pm.

Probably best known for being one of the first transgender rappers in bounce music (that’s a pretty pacey hip-hop style that came out of New Orleans back in the '80s), Katey Red’s stop-start samples and call-and-response vocal style made quite a splash back in the late '90s. Red first took to the stage at an influential underground club near the Melpomene housing project where she grew up, and has been carving out a name in the musical mainstream ever since. Red's performance at Le Guess Who? 2018 is curated by Venezuelan American singer-songwriter Devendra Banhart. Bounce into Saturday morning with Red’s tough-talking schoolyard spats, beginning at 1am on Friday, November 9.

Creativity certainly runs in the family for British Indian sitar player Anoushka Shankar, daughter of hugely influential Hindustani classicist Ravi Shankar and half-sister of nine-time Grammy winner Norah Jones. Shankar continues her father’s legacy by being one of the world’s most renowned sitar players, blending classic Indian sounds with contemporary influences. Anoushka Shankar’s eclectic music will be presented with Austrian Hang-player and Björk collaborator Manu Delago, and the 27-member string section of the Metropole Orkest. Set Saturday to the sounds of Shankar on November 10, beginning at 7:15pm.

Fresh from dropping her fifth album in 30 years, we welcome the vital return of genre-sprawling pop giant Neneh Cherry to our stereos. At pop’s cutting edge in the '80s and '90s, Cherry paved the way for strong womxn artists and even went onto collab with a few—her 2014 release, Blank Project, saw her team up with fellow Swedish icon, Robyn. Cherry's latest record, Broken Politics, finds the songwriter tackling our current cultural climate and getting personal. Bring your "Buffalo Stance" to the dance floor on Saturday, November 10, beginning at 12:20am.

Early this year, Essex experimentalist Tirzah announced her debut album, Devotion, which she made in collaboration with her longtime friend and composer Mica Levi (aka Micachu). It’s been a mighty four years since her wonky pop EP, I’m Not Dancing, which found her clattering onto our stereos with a flat-beat that could rival Mr Oizo. Tirzah's new release, Gladly, is the first to be taken from her long-awaited full-length album, Devotion, and this feels just for those who have patiently awaited her return. Preach to the converted on the festival’s final evening, Sunday, November 11, beginning at 11pm.

Continuing the activist theme, avant-garde synth-pop duo Virginia Wing turn an artful hand to the depressing status quo in their latest release, Ecstatic Arrow, creating a feminist utopia with a key motif: “end rape culture." Performing in front of the hot-pink backdrop as part of recent tour alongside Northern left-wing types, Hookworms, the band has spoken openly about the aftermath of Trump and #MeToo. Lead singer Alice Merida Richards has admitted to feeling “the weight of my gender so acutely that it has become inescapable." Bid adieu to the festival weekend with the Mancunian dream pop duo on Sunday, November 11, beginning at 5pm.

Learn more about Le Guess Who? and see the full lineup at at LeGuessWho.nl.

Part-time guitarist and full time feminist, Cheri Amour is Deputy Editor of The Girls Are; an online and print magazine showcasing the best and brightest women musicians from across the globe. You'll find her words scattered across the likes of The Guardian and Under The Influence. Cheri is also part of The Other Woman collective hosting a monthly new music show on Resonance FM. Follow her on Twitter @thedivinehammer.