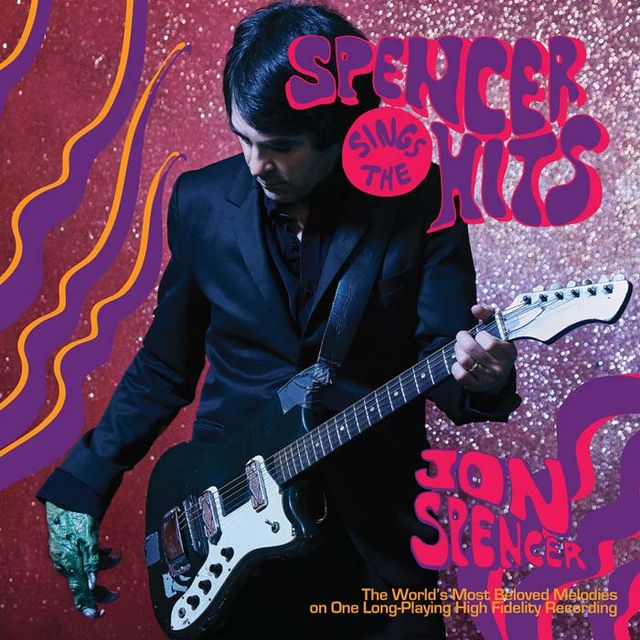 JON SPENCER
Spencer Sings the Hits
(In the Red Records)

Jon Spencer knows that all you need in order to write a stompin’ rocker is an old guitar, a beat-up amp, and a bit of attitude. On his solo debut, Spencer (of the Jon Spencer Blues Explosion, Pussy Galore, Boss Hog) serves up 12 tracks, all glowing with gritty, golden fuzz just begging to be played at your next late-night after-party, when things start to get a little sweaty, loud, and broken. On the song “I Got the Hits,” Spencer shouts, “C’mon! You wanna feel good? How ‘bout it?” A challenge for anybody drowning in their own existence to shut up for a minute and take a shot of Jon Spencer’s pure rock ‘n’ roll hits. (4/5)