Clapping Back At Male Privilege With Song And A Ukulele 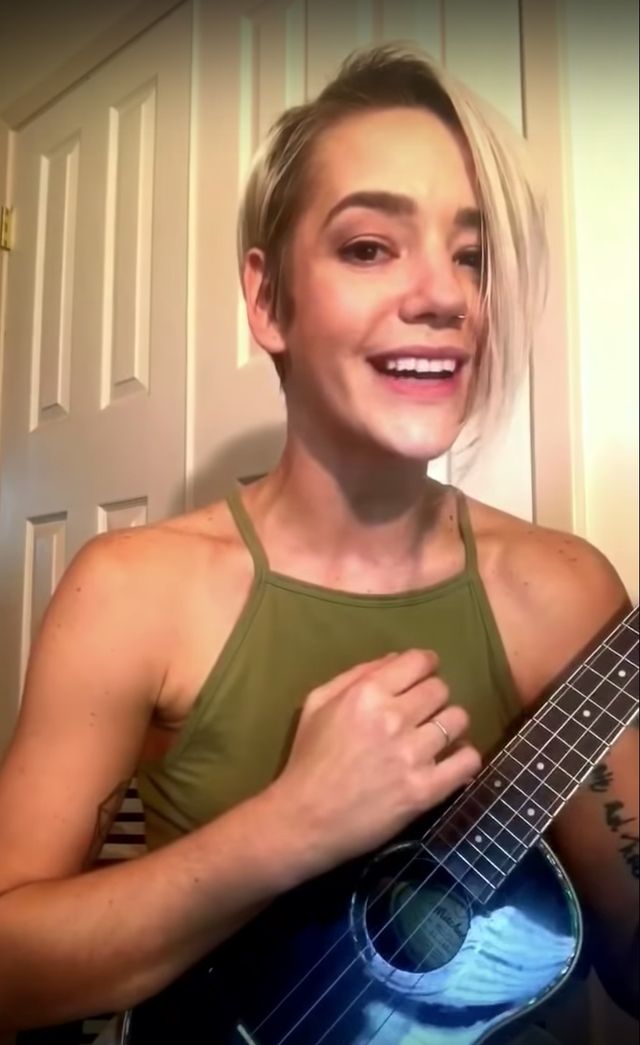 Dancer, choreographer, and singer-songwriter Lynzy Lab took to social media to share her song titled “A Scary Time,” written in response to Donald Trump’s absurd comments on the controversial Supreme Court confirmation hearing, in which he said, “It’s a scary time for young men in America.” As more and more women are opening up about their stories of sexual assault, it’s infuriating to hear the President and his son’s delusional gripes about men being the real ones in danger.

Luckily for us, Lynzy Lab channeled her anger into this catchy yet poignant song, which has gone viral with over 5 million views on Twitter.

It's a really scary time for dudes right now. So I wrote a song about it. Go #vote friends! #TheResistance #1Thing @ACLU @WC4SJ #letsmakesomenoise pic.twitter.com/hz7E3xMRqR

“I can’t walk to my car late at night while on the phone. I can’t open up my windows without a chaperone,” she joyfully sings with irony while strumming an electric blue ukulele. Lab goes on to list more situations where women are forced to question their safety and then playfully juxtaposes these realities by dispersing Trump’s sentiment throughout the song. The phrase "It sure is a scary time for men" sounds more and more ridiculous as the song progresses.

While the song is a magnificent clap back at Trump’s tone-deaf comments, it also calls for listeners to engage politically. Lab finishes off by singing, “It’s time for women to rise up, use our collective voice. The day to vote’s November 6th, so let’s go make some noise.” We couldn’t be more on board.