The Legacy Of "The Miseducation Of Lauryn Hill," 20 Years Later 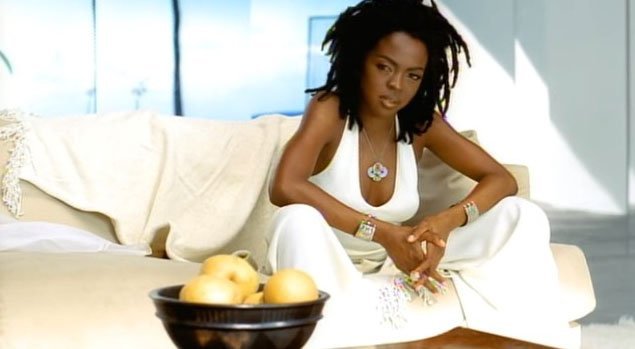 Drake’s “Nice for What” is the biggest hit of the summer. The single has been on the Billboard Hot 100 for weeks. “Care for me, care for me, I know you care for me! There for me, there for me! Said you'd be there for me! Cry for me, cry for me! You said you'd die for me! Give to me, give to me! Why won't you live for me?” These are the lyrics to the chorus of this summer’s hit with a New Orleans bounce influence. With New Orleans’ very own Big Freedia’s voice at the beginning of the song and throughout, this is one hit your grandma probably could  not resist nodding to.

I remember the first time I heard those lyrics. They were not to a fast beat. There was only one artist on the record. They were sung with such passion and emotion. The artist had a soulful sultry voice that captured my heart, and I felt everything she sang. The artist was Lauryn Hill.

Growing up in a religious household, I was only allowed to listen to gospel. The only times I ever got to hear any other genre of music was on the bus ride to and from school. “We don’t listen to blues in this household,” my mom and dad, both pastors, would remind me. My dad was a southern preacher who hailed from a small town called Jeffersonville in Georgia; his father was a preacher, and his father as well. Yeah, you get the picture. I come from a long line of southern robe-wearing, praying, hand-laying-on, you-better-come-down-at-altar-call, family.

If it wasn’t gospel, it was considered blues in our household. It wasn’t until I was about sixteen that I knew that my parents meant “secular.” There was something about Lauryn’s music, though, that reminded me of the gospel tunes I heard in church.

The first time I can remember hearing Lauryn Hill, I was in middle school and I was on the school bus. During those times, you had to sing along. I mean, you couldn’t be caught not knowing the most popular songs that were out at the time. That was an unwritten rule back then: You had a clean pair of Air Force Ones, you wore your hair in a high bun, and you sang along to all the hit songs during recess, lunch, and on the bus ride home.

This year marks the 20th anniversary of the release of Lauryn Hill’s album, The Miseducation of Lauryn Hill. Lauryn is set to do a tour and perform the album in its entirety—and people are excited about it. I am excited. Lauryn’s album was the first I ever bought!

Twenty years later, it’s still relevant. The days on the bus when Lauryn’s music was played were the best days. I would sing all the way home from the bus stop. There was something about her voice, her lyrics, and her style that spoke to me. On a good day, “Doo Wop” was a dance song. It made me happy. On a bad day, it was a song of comfort. How a song is able to be both is amazing, but that’s just Lauryn—simply amazing. Her whole album resonated with me.

One summer when I was still a teenager, I moved in with my aunt and uncle. They, too, were religious, but they gave me a lot more freedom when it came to the music, as long as I played it in my room. Of course, I listened to anything I could get my hands on—basically everything besides gospel. Everything was so new to me. It was as if I had discovered music for the first time in my life. With my first paycheck from my summer job, I knew exactly what I was going to buy. So seven years after its release, I went straight to the music store and bought Lauryn Hill’s album. There were maybe only three in the store, and I remember the clerk looking at me funny when I asked for this not-so-current music.

But that’s the thing. It was still current even then, seven years after its debut, and it’s still current now. I held the album close to my heart as I walked out of the record store in the mall and waited on a nearby bench for my aunt who was doing some shopping. I couldn’t wait to get home to listen to the album. At the time, I had only heard the songs from the album that got a lot of radio play, but from those songs, I knew the album had to be dope. I knew Lauryn had something  else in store for me. The things Lauryn sang about are timeless.

In my bedroom that night, I was finally able to listen to the album in its entirety. I laughed. I cried. I sang at the top of my lungs. I kept the album on repeat and fell asleep listening to it.

“I was letting the man go, letting him back in,” explained Gosha as she continued to sing along. “You know back in the day Lauryn Hill helped me get over being in love. I used to listen to her–to that whole album you got there,” she recalled.

“She helped you get over being in love?” I asked Gosha.

“Yeah!” she responded matter-of-factly. “That whole album is about love, and it’s going to tell you what to do,” she added.

“How can I explain myself?”

“You like that?” I asked her. “My momma listens to it all the time,” she responded.

“That’s what they need to listen to–the old music back then. It has a meaning. It says something,” Gosha interjected. “He let go of me. I can let go of him. He does things to make me stay! Said he’d be there and care for me, but he wasn’t,” Gosha told Lauryn.

“What do you like about it?” I asked Caliyah.

“First of all, I like chill music because that’s the kind of person I am. I’m real chill,” Caliyah claimed. I smiled as she described herself as “chill” at eleven years old. “It has a groove to it that’s got me hooked on it,” she continued.

Lauryn had touched us all in some way. That’s what Lauryn does. She brings people together. You get to talking about love and life over manicures and no matter your age, you can relate in some way.

Or you may just sample a song of hers and have a Billboard Hot 100 hit.

Rodricka Foreman is a freelance writer and aspiring screenwriter. She just wants her name in the credits of your favorite TV show or movie. Follow her on Twitter @dreke_drizzy and Instagram @drizzy.dreke.