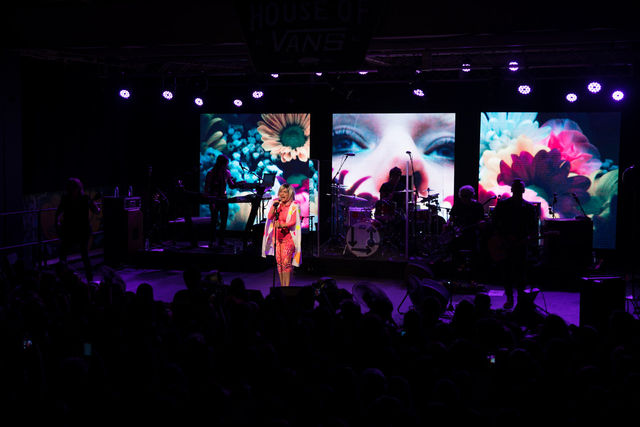 Brooklyn's House of Vans held its final show on August 24, closing out with an Interpol concert held the same day that the band dropped its sixth studio album. Brooke Burt, Vans' Senior Manager of Lifestyle Marketing for North America and former House of Vans Programming Manager, shares her favorite House of Vans show memories with us 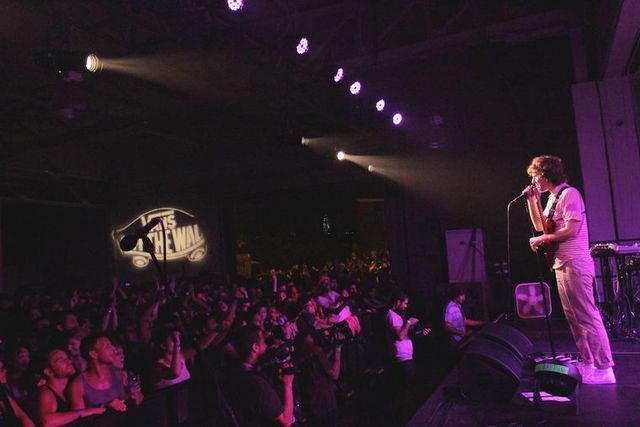 This show was special because I got to experience House of Vans as a fan—little did I know, a year later I’d be working for Vans planning shows there. I had just moved to Greenpoint from Los Angeles and a bunch of friends were headed to House of Vans Brooklyn, so I joined in. At this time, there weren’t a lot of brands doing experiential marketing, and I was so impressed with how authentic and DIY the venue was. If you were lucky enough to see NYC’s The Rapture, you know what a scene those shows were. The band stirred the crowd into a steamy frenzy. It felt special, and I went back to House of Vans every chance I got that summer. 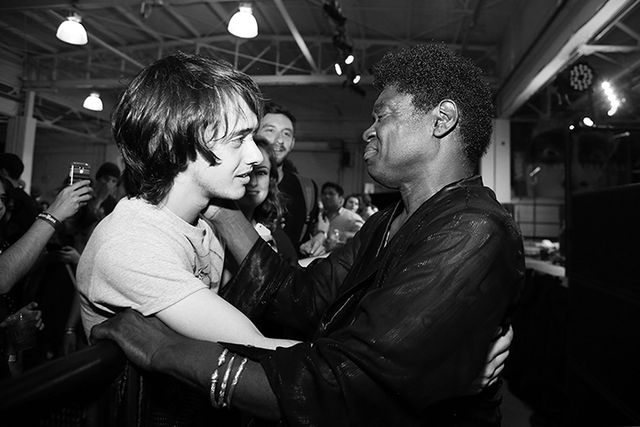 photo by Laura June Kirch
Every time I need inspiration for events, I go to this photo of Charles and a fan. It represents the artist-fan integrity and intimacy we try to embody and preserve at House of Vans. Every experience at the venue is artist and fan first, which I think is why so many artists are open to working with us. Charles was a legend. Years after this show, House of Vans Chicago was one of his last performances, and I feel so fortunate to have had him take our stage. I never had the chance to hug him, but I heard he gave one hell of a hug. 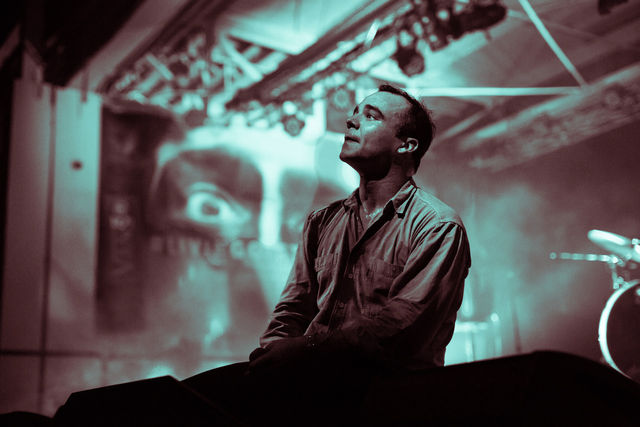 My staff jokes with me because I want to book Future Islands for every big moment we have at House of Vans. This was one of those bookings where the band blew up between when we confirmed the show and when they played. We turned away over 600 people that night. Sam Herring, who fronts Future Islands, has such a transcendent stage presence. I think he even ripped his pants dancing, which I later saw him do at other gigs, too. 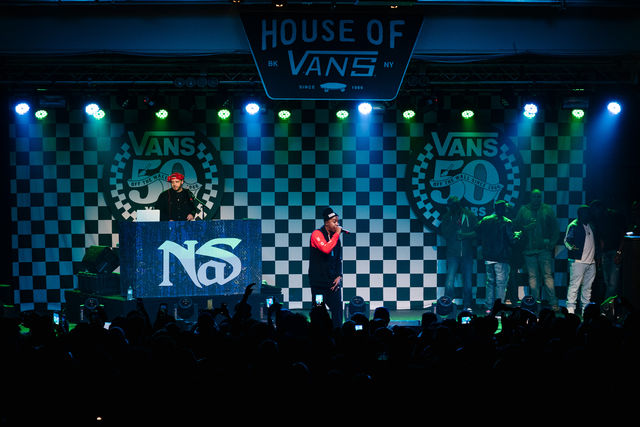 In 2016, Vans celebrated its 50th anniversary and threw ten events at House of Vans around the world. We wanted to showcase the heritage and progression of the brand in music and pay homage to NYC. Seeing Nas play to 1,000 people was one for the books. The entire crowd was belting his lyrcis back to him. I felt such a sense of accomplishment and pride to have a job that allows me to provide experiences like that for music fans. 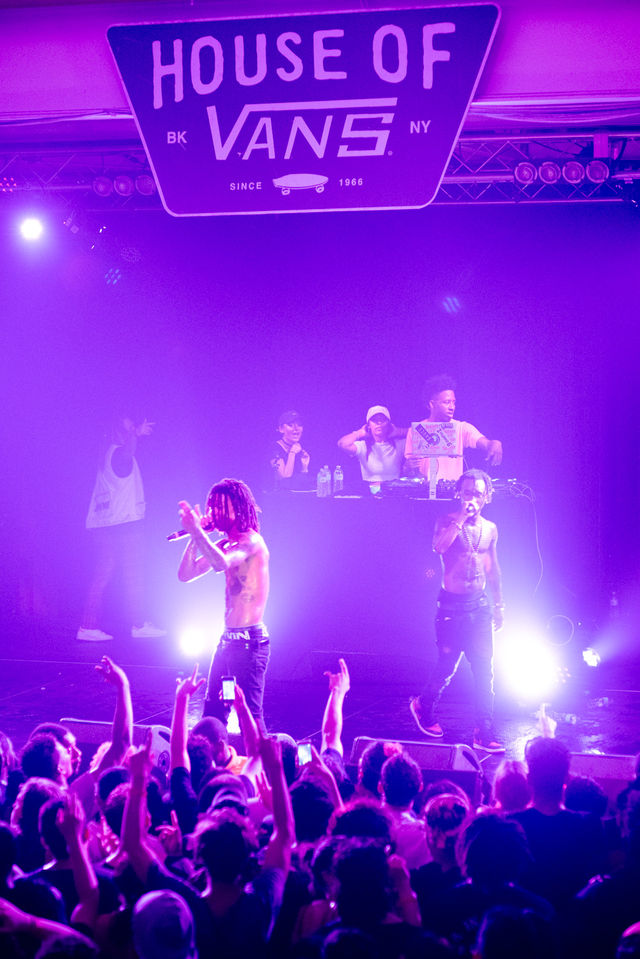 In a lot of ways, rap and hip-hop is the new punk. These fans share the DIY ethos, sense of fashion, and community—and skate/ street culture is part of who they are. They don’t care what anyone thinks about them, and I love that. Denzel Curry embodies what it means to be punk. He kicked off his set in the crowd and the wild energy sustained for the rest of the night. 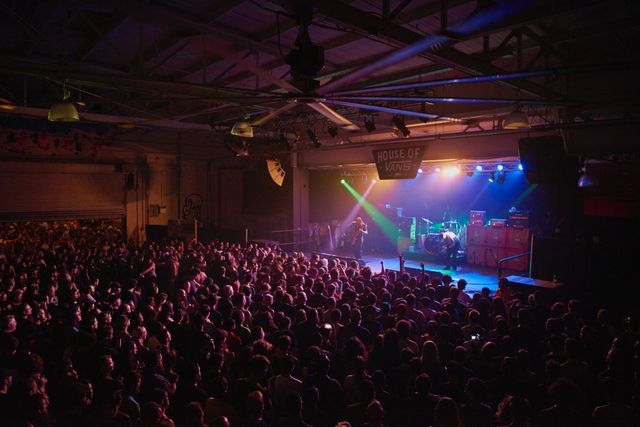 This was one of House of Vans’ most interesting bills. You wouldn’t think to put the two bands together sonically, but somehow it worked, and was an unexpected juxtaposition that feels so Vans. Often our events are exactly that: a hodgepodge of locals and skaters, art and indie kids, high fashion and street style. It’s a recipe you can’t forcefully create, and it certainly makes for some interesting stories. 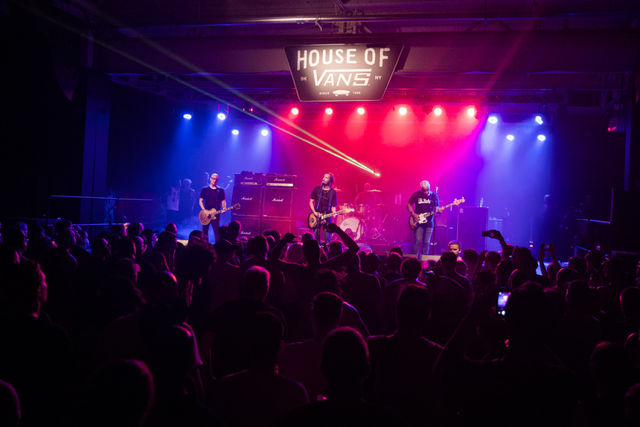 I hadn’t listened to much hardcore before working for Vans. When Converge took the stage, I was absolutely floored! I’d never seen such raw energy, that was also so buttoned up musically. To follow that with Quicksand and frontman Walter Schreifels’ timeless and commanding voice gave me a new-found appreciation for hardcore music. 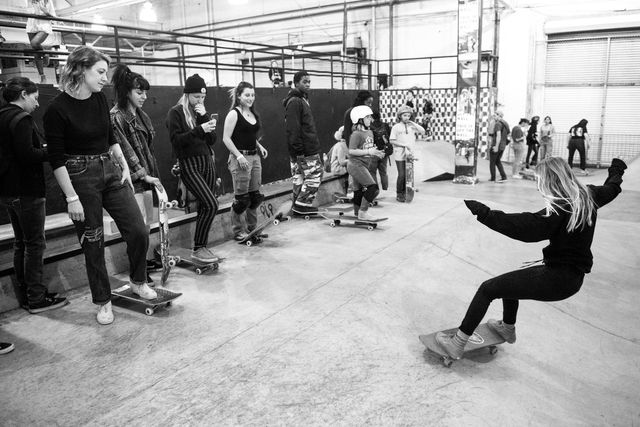 This event was of the most meaningful things we’ve done. It brought together some of the most inspiring women in skate culture including Vans pro skater, Lizzie Armando, Alicia Bognanno from the band Bully, visual artist Robin Eisenberg, and the ladies from The Skate Kitchen. We taught over 90 girls how to build skateboards, gave them lessons, and Bully performed to close it out. Being able to witness the confidence and community that skateboarding can build for females is a powerful thing.

9. Slowdive with Farrows and Vorhees 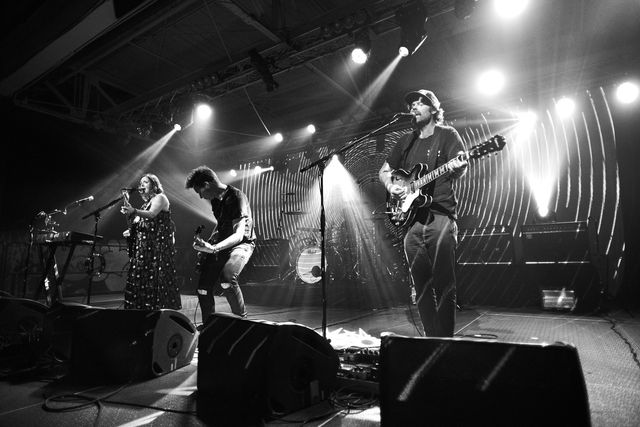 This was my bucket list show for the year. What’s so special about Slowdive is that they don’t feel like a heritage act. Their latest record is just another fantastic Slowdive record. It’s as if they didn’t take a 12-year hiatus from making music. We brought in a projector and extra lights for this show, and it made the venue feel so encompassing and took on a whole new vibe. I see hundreds of live shows every year and every now and then one captivates me, reminding why I love music in the first place.

10. Blondie with Liz Phair and SASAMI

When I got word that Blondie was going to curate a Vans House Party, I think I fell out of my chair. They were a dream booking for me, and I assumed it was going to be a long-shot. This one was special because, well, it’s Blondie. Debbie and the band are so incredibly iconic to both punk rock and pop culture. We also got the first look at guitarist Chris Stein’s new photography works, which looked incredible at large scale on the warehouse walls.

Exclusive Interview With Kathleen Hanna And The Julie Ruin

Brooke Burt is Vans, Senior Manager of Lifestyle Marketing for North America living in Los Angeles, CA. She formally held the position as House of Vans Programming Manager working day to day out of the House of Vans Brooklyn location and later helped to open the House of Vans Chicago venue. She spent her early career in commercial radio and seven years running her own music promotions agency.  In her current role, she brings product and brand stories to life across music, art, and street culture pillars.

Tags: House of Vans , Brooke Burt , music
Support Feminist Media!
During these troubling political times, independent feminist media is more vital than ever. If our bold, uncensored reporting on women’s issues is important to you, please consider making a donation of $5, $25, $50, or whatever you can afford, to protect and sustain BUST.com.
Thanks so much—we can’t spell BUST without U.