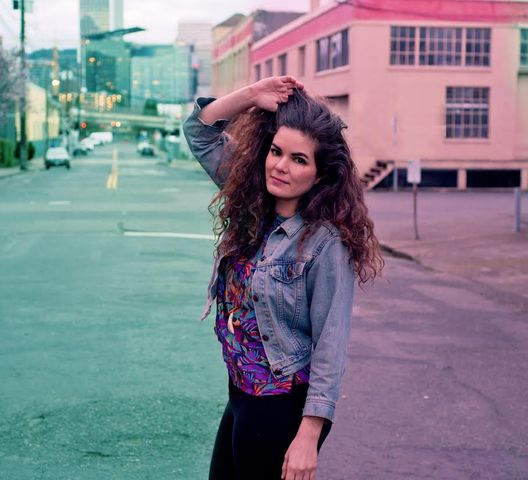 “Melt,” the newest track from Portland-based singer, songwriter, and electro pop producer Human Touch (AKA Natalia Rogovin) is the dreamy anthem we need for the end of the summer, and we're excited to premiere it here today:

Human Touch told BUST over email that “Melt” is about “that rare and searing connection you get with someone when it transcends the emotional and physical. It’s chemical, magnetic–a pulsing that takes over your body and overwhelms your thoughts when they are near you.” With beautiful, haunting vocals, the song perfectly captures the feeling of falling for someone, hard—the simultaneous comfort and danger that comes with knowing how real and powerful your feelings are.

Before even releasing an EP, Human Touch found success when her song “Promise Not to Fall” was featured on Netflix’s Thirteen Reasons Why. Within two weeks, the song had 2 million streams on Spotify. Since then, Human Touch has released the song “Living Young," which Rogovin says is about the "choice between 'settling down' and living a life that is more in the box or continuing to seek new experiences and adventure,” and now, “Melt”—just in time for our end-of-summer playlists. 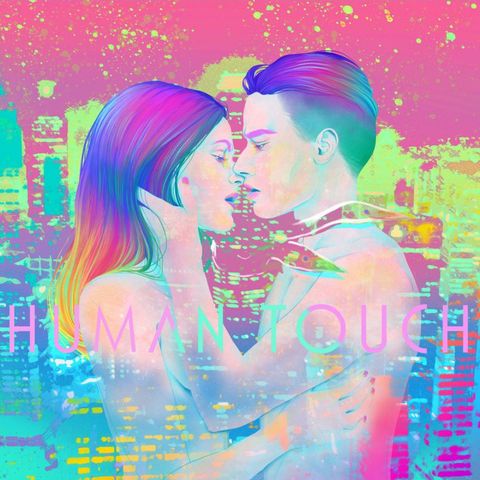 Human Touch's Promise Not To Fall album, out September 21

Human Touch’s debut EP, Promise Not To Fall, comes out on September 21. Human Touch describes the 11-track album as “a heartbroken mix of neon lights and entangled limbs, all underpinned with the sentimental moodiness of a bleached sunset or a high school dance.” You can preorder it here. And in the meantime, you can listen to the songs “Promise Not To Fall,” “Living Young” and “Melt” on Soundcloud and Spotify.

Tags: song , singer , electro pop , new music , Human Touch , songwriter , producer , Thirteen Reasons Why , Netflix
Support Feminist Media!
During these troubling political times, independent feminist media is more vital than ever. If our bold, uncensored reporting on women’s issues is important to you, please consider making a donation of $5, $25, $50, or whatever you can afford, to protect and sustain BUST.com.
Thanks so much—we can’t spell BUST without U.