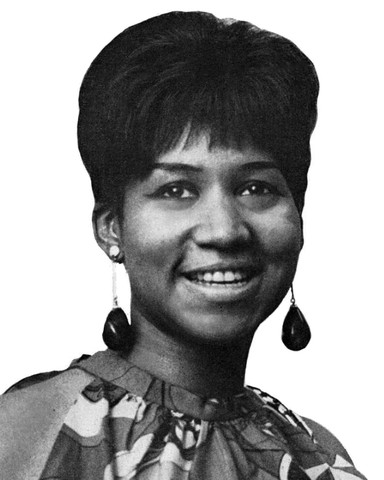 The Queen of Soul, Aretha Franklin, died the morning of Thursday, August 16, in her home in Detroit, and she leaves an infinitely deep trace on the world.

As evidenced especially with her hit song “Respect," the iconic singer transformed a male-dominated industry. Her music fueled an era of ideological change, becoming an unofficial anthem for the civil rights, black power and feminist movements.

Before laying down “Respect” on Valentine’s Day of 1967 at age 24, Franklin was a little-known gospel singer living in Detroit. Her father, the Reverend C.L. Franklin, preached black-liberation theology at the New Baptist Bethel Church, where Franklin learned to sing gospel, The Washington Post details.

“Respect” was originally by Otis Redding. In the song, Redding preached a normative standard by which the man brought home money and in return expected respect and love from his female partner. Franklin’s rendition turned the song on its head, reversing the gender roles and complicating its explicit message by demanding that if a man want her love and money, he must treat her with respect. It was Franklin’s idea to spell out R-E-S-P-E-C-T, and her sisters Ann and Erma Franklin, who sang backup on the hit, to add in “sock it to me,” Franklin told NPR in a 1999 interview.

The release of “Respect” marked a significant moment for the women's rights and black power movements during a pivotal time of activism around racial inequality, civil rights, and the Vietnam War. Infused with an empowering, unapologetic call for equality and independence, “Respect” became an anthem for revolution, as well as Franklin's songs “Chain of Fools” and “Think.”

Franklin's personal activism extended beyond her music as well. She was a financial supporter of Dr. Martin Luther King, Jr.'s efforts, as well as the families of incarcerated people and black ministers; a recently resurfaced 1970 article from Jet magazine chronicles the singer offering to post bail for black power activist Angela Davis. "I’ve been locked up (for disturbing the peace in Detroit) and I know you got to disturb the peace when you can’t get no peace. Jail is hell to be in. I’m going to see her free if there is any justice in our courts, not because I believe in communism, but because she’s a Black woman and she wants freedom for Black people," Franklin said of Davis's bond, QZ reports. "I have the money; I got it from Black people—they’ve made me financially able to have it—and I want to use it in ways that will help our people.” 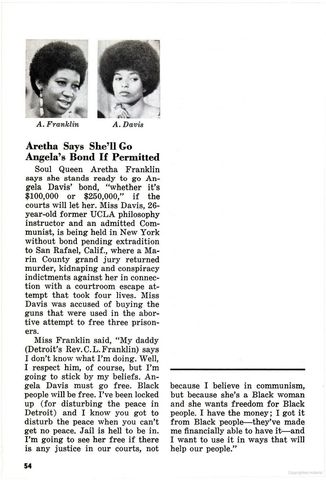 In 2014, Franklin spoke to The Rolling Stone about perceptions of her as a feminist catalyst, saying, “I think that’s Gloria Steinem’s role. I don’t think I was a catalyst for the women’s movement. Sorry. But if I were? So much the better!” Franklin also praised Beyoncé for continuing to carry a feminist legacy in pop music.

Franklin's gospel-soul music transcended divisions; Gerri Hirshey, author of Nowhere to Run: The Story of Soul Music, wrote, “In black neighborhoods and white universities, her hits came like cannon balls, blowing holes in the stylized bouffant and chiffon Motown sound, a strong new voice with a range that hit the heavens and a center of gravity that was very close to earth.” A true testament to the transformative powers of music, Franklin’s incredibly impactful legacy lives on in her music and will forever hold meaning and relevance.

There Shouldn't Be Shame In Liking "Girl Music"

10 Feminist Anthems To Empower You