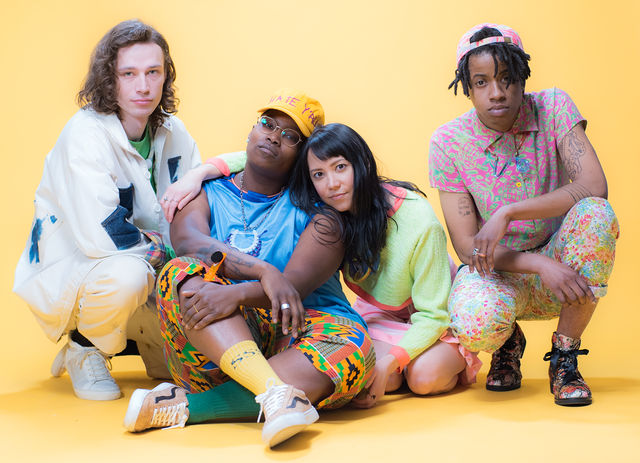 As a queer woman of color, it is not often I go out to a show on my normal stomping grounds and see someone representing for myself and others who identify the same. When I first ran into tubafresh it felt like a breath of fresh air, to not only see a band who was doing something different and holding down a unique sound but also, to be frank, wasn't just made up of a bunch of white people. We sat down with band leader Chanell Crichlow and discussed the difficult necessity of being unique and carving out spaces where there otherwise aren't.

So tell the readers a bit about Tubafresh.

I started this project in 2015 and started as a Chamber group (classical music that is composed for a small group of instruments) and moved onto a more synth, string bass vibe to its core. We have bass two keys, trumpet, flugabone, and drums. I like to think of it as sexy gay music full of drama and intensity. Now I am feeling ready to address issues beyond the attraction to other people or disappointments with love. So that’s the direction I'll be heading towards when writing new music this year.

Speaking of sexy gay music, I love that you write about it. I honestly don’t recall the last time I saw a female artist sing about gay sex.

Yeah, we don’t have enough representation song-wise for it, that’s why I like writing it. I realized when I was having sex with my partner we were having sex to all these guys singing about their girl. So I wanted to make songs for people to have sex with their queer partners and be like, oh yeah, this is a song for me. I love doing it because we need more of it.

Do you find it hard to navigate the industry being a queer woman of color?

Yeah. I mean, I was just reading something by Mitski where she talks about never taking the space she occupies for granted. Thinking about the space that we take up isn't even a second thought for some people, I think white cis men can often take that stuff for granted. I’ve thought about this a lot. I am a brass player, I play tuba which is a big instrument mostly played by white men. Mostly white men play classical music because that's what their parents could afford, but a lot of people of color can't afford the lessons or the instruments. I’ve spent a lot of time in spaces where I don’t belong and I always felt it was so important to be who I was in those spaces, a black woman, and a gay person. I felt like it was super powerful. Now that I am in this more pop culture industry, I feel people don’t want to see bodies like ours, big bodies, masculine bodies, feminine bodies that are in complete control of how they appear. It is really difficult to navigate but I try to work with people who respect me exactly as I am. That’s hard because there are not that many outlets who do. I think you have to create your own, so that's what I'm doing. 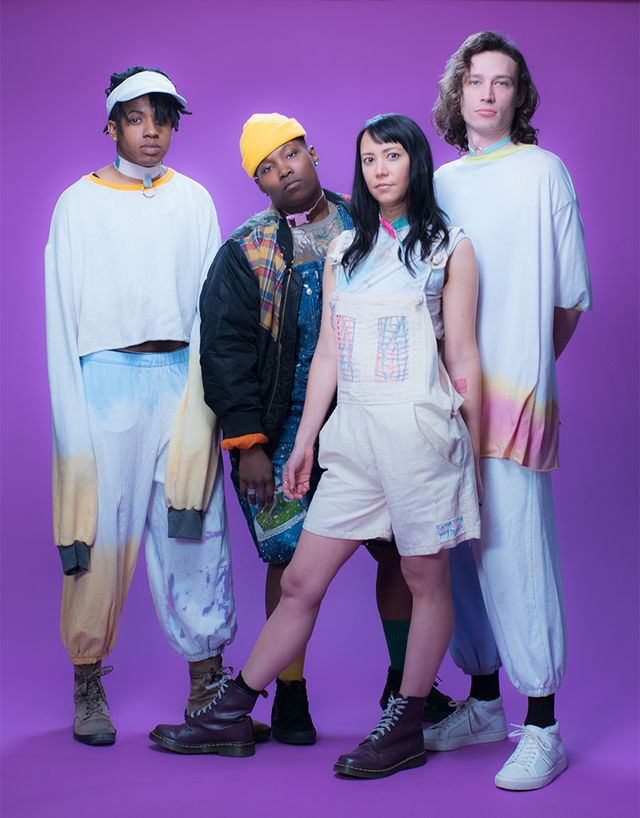 What kind of advice do you have for the younger generation of artists when it comes to finding their voice in an over-saturated industry?

Find your voice, listen to yourself, which I think is a lot harder than people think. I sometimes can’t even hear myself. Listen to yourself and try to experiment, don’t try to do the same beats everyone else is doing.  You will go through shit in life, which will make you a better artist and if you are not scared to put your emotions into the art form you’ll have something really unique. But you can't be scared of the uniqueness. A lot of people are really scared of being unique, We want to conform to what we think will get the listens, or what we think a record company is going to like. We conform all the time, but if you're willing to take that risk and not conform, that's where you find your voice. Each person's voice is completely unique, you just have to believe in that, see it and open it up. It is a lot easier to just be yourself.

Penelope Gazin Dares You To Embarrass Yourself More: BUST Interview