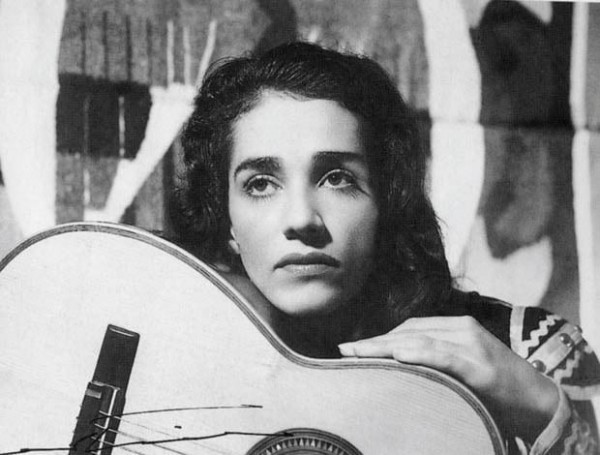 Chavela (born Isabela Vargas Lizano) was a famous Costa Rican singer and was a huge influence on Latin American music from the 1950s to today. She was known for her soulful, intense, and gravelly voice; her ability to hold her drink; her reputation with women; and her incredible artistic output. 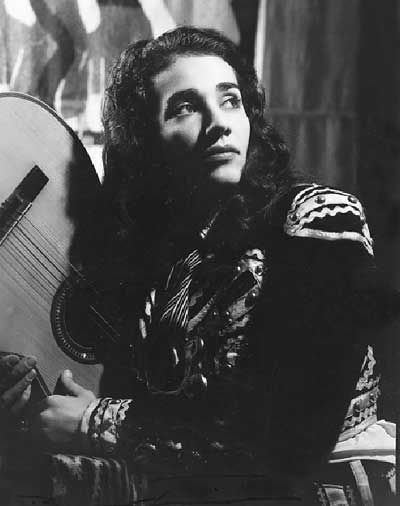 Chavela was born in Costa Rica in 1919. She never really knew her parents and was raised by relatives in the countryside. Chavela wanted more than country life. She bided her time until she could move to a big city. As soon as she hit her teens, she packed up all her shiz and moved to Mexico.

Chavela knew she was a talented singer, so she started off busking and singing in the streets before going professional when she hit 30.

She was known in Mexico for singing ranchera style, which was typically male-dominated and focused on songs about love and loss. So, Chavela dressed as a man, carried a pistol, and sang traditional songs without changing the lyrics—so she was singing love songs to and about women!

She was a darling of the arts scene in Mexico and was obviously a HUGE hit with the ladies. Vargas slept with a lot of women, openly having a string of affairs. In fact, it was rumored she bedded Hollywood starlet Ava Gardner after singing at Liz Taylor’s wedding.

In 1961, Chavela recorded her first album, Noche de Bohemia (Bohemian Night) and just kept on rolling. She recorded over 80 albums (that’s right, 80!) in her lifetime, always keeping it traditional and staying true to her ranchera roots with a mariachi band sound.

In the '70s, Chavela retired from music after a decades-long battle with alcoholism. She was taken in by a Native American family (who had no idea who she was, they were just super nice) and they nursed her back to health.

Don't Call It a Comeback

Chavela’s music had a resurgence in the 1990s thanks to famous filmmaker Pedro Almodóvar, who was a massive fan and put her and her music in a load of his films.

Most notably, she appeared in his 2002 film Frida, based on the life of artist Frida Kahlo, who incidentally Chavela had an affair with (we told you she had a lot of lovers!).

Chavela described Pedro as her artistic soulmate, and she credited him with making her more accepted in Mexico, where she had struggled with the public's opposition to her homosexuality.

Though it was considered common knowledge that Chavela liked the ladies, she only officially came out at the grand old age of 81. Her fans all reacted with a "Yeah, we know and we love you!"

This revelation came out of her autobiography Y Si Quieres Saber De Mi Pasado (And If You Want To Know About My Past). 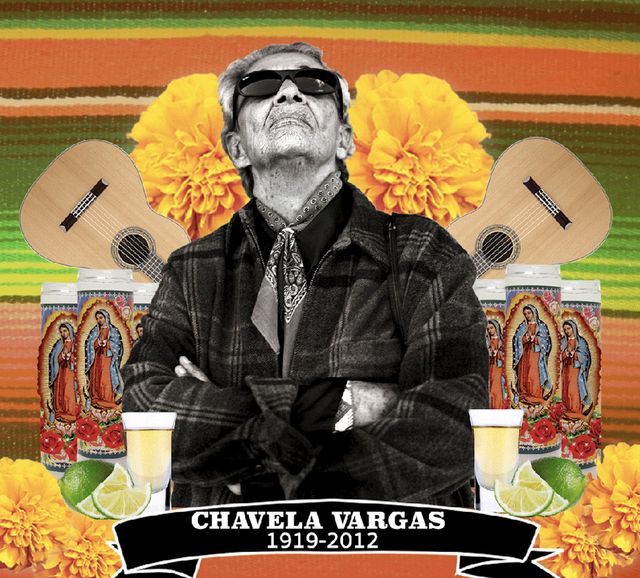 The legend who lives on through her music.
Chavela left a hell of a legacy. When she passed away in 2012 at age 93, her last words were said to be "I leave with Mexico in my heart."

She showed it doesn’t matter when you come out, you can still live as your authentic self and embrace queerness at ANY age.

That was interesting, where can I find out more? Listen to her albums! Seriously, her voice is GORGEOUS. Also, read her autobiography, it’s fascinating and JUICY. There’s also a wonderful documentary about her by Catherine Grund and Daresha Kyi, simply titled Chavela.