Daddy Issues On Feminism, Online Haters, And How They Use Memes For Inspiration 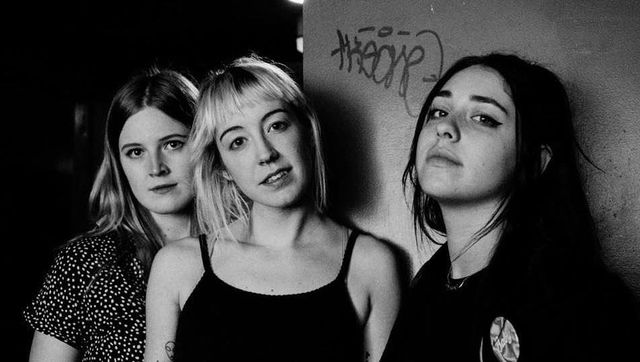 Just a few years ago, Daddy Issues was just a scribble on a wall in a Nashville DIY venue that caught Jenna Moynihan’s eye. After going home and expecting to find a feminist punk band of the same name, her Google search came up empty. After recruiting two of her friends and learning how to play instruments, Daddy Issues formed out of friendship and into the three-piece Nashville punk band of Moynihan, Jenna Mitchell, and Emily Maxwell.

Their debut record, Deep Dream, dropped last year, and spans many familiar feminine experiences, from being led on to wanting to hang out with your best friends, all wrapped in explosive guitars and badass lyrics. Before Daddy Issues heads out on tour with Alex G this month, I caught up with the band to talk about their songwriting process, the cover of Deep Dream, and how they used the Vine app to create song lyrics.

Do you consider yourself a feminist band?

Jenna Mitchell: I think we are all feminists, and that's kind of where that stands.

Emily Maxwell: Inherently because we are all feminists, we would be as a band.

Jenna Moynihan: We are a feminist band because we're all feminists.

Growing up, did you ever feel a pull towards feminist politics?

Emily Maxwell: My mom is very, very politically active, so when I was young she'd take my brother and I to volunteer at politically rallies and work on campaigns and I did that all through high school.

Jenna Moynihan: I don't think it was until I got older, even in college. You can recognize it more when you're older and you're like, "Oh, why do I feel like that's not fair?" and that kind of leads to asking more questions, and then wanting to change the world so things are fair.

Your songs address things many women have felt or experienced, like shame, dealing with shitty guys, and some of the more difficult conversations surrounding sexual abuse. Have you ever had any uncomfortable reactions to your songs?

Emily Maxwell: I've definitely had, even before ["I’m Not"] was written, I've had people say things to me at shows that were really gross. But I haven't had anybody say anything negative about any of the more intense things, luckily, but—

Jenna Mitchell: Just quickly to interject, I read a YouTube comment on ["I’m Not"] that was like, "That's cool that this band is using their platform to exploit, like they're using this song and their experiences to make their band more popular." And I was like holy crap. I forgot that I saw that but I did.

Emily Maxwell: Okay, well, forget what I said then, I guess. If anybody has a problem with people using media to express their experiences or is intimidated by that, then that's always the problem within themselves that they probably get it addressed. And that's not my problem, or any of our problems.

Jenna Moynihan: It's funny how they said, "Using their experiences." Like they're our experiences, we can use them! That was definitely one of the weirdest things I've ever seen in my life. I was just like, "Why are you even on the internet right now?"

Jenna Moynihan: Yeah, that's why it's funny! "Their experiences." Like, that's what a song is.

You have all these amazing one-liners that you inject into full songs, like the beginning line "fuck you forever” or “You dissolve cotton candy.” What's your process for writing songs that have those powerful, punchy lines in them?

Jenna Moynihan: Sometimes it's just you think something, and then you're like, "Oh, that's a cool line." Or you're angry and you think something, or you see something on TV—that has definitely happened. I think we might have said "fuck you forever" to somebody, that's how that came out. [Laughs]

Emily Maxwell: The cotton candy line, I don't know if you've ever seen it but it's that Vine of that raccoon dropping cotton candy. It goes into water and it dissolves and he reaches in and is looking for it and it's gone. And I was like, "That's the saddest thing I've ever seen in my life." So we were like that's gotta work.  R.I.P. Vine, for the record.

Emily Maxwell: R.I.P., It's just been going downhill since. 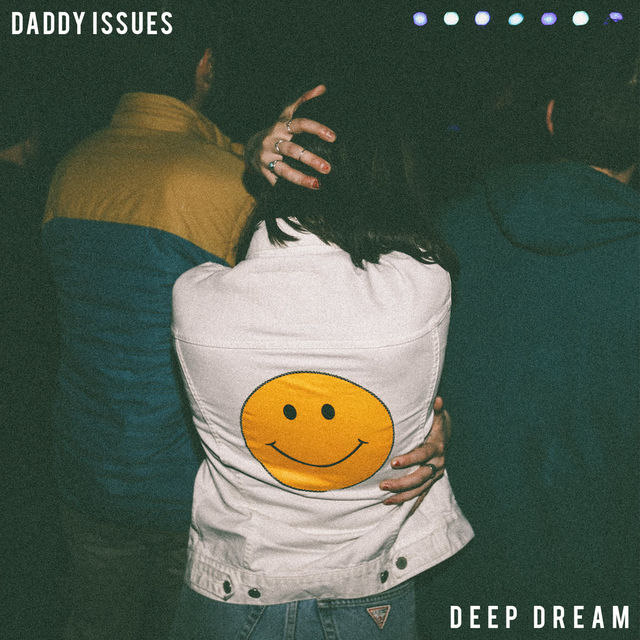 Can you talk about the cover image of Deep Dream? I read that it was one of you doing the thing you do in middle school, like wrapping your hands around yourself to trick people? Is that true?

Jenna Moynihan: I don't really remember how I thought of it exactly, but I was on my old computer the other day and I was looking through old photos, and I just saw a screenshot from Google of like a random guy doing it... it looked like it could have been in a catalog or magazine. But I know that's what I probably texted to Emily and Jenna and was like, "This is what I want to do for the cover."

Jenna Mitchell: I think we planned to do it in a field or something, somewhere different, but we happened to be at a concert with the person that we wanted to take the photo with, and our friend had this cooler jacket than whatever I was wearing. [Laughs] So we just did it there.

Do you have any new music coming out soon?

Jenna Moynihan: We don't have anything coming out soon, but we are writing!

What are you most excited for with the Alex G tour coming up?

Emily Maxwell: Seeing Alex G… I think we're doing some shows with Elvis Depressedly too, so it will be exciting and really fun.

Jenna Moynihan: They were two bands I was really listening to when we very first started.

Jenna Mitchell: We were just talking about the fact that we played a house show with Alex G a couple years ago. It's come back around.

Anna Kaplan is a freelance journalist primarily covering music and culture. When she's not writing, she's probably at a concert or arguing with someone over the Oxford comma.

Tags: Daddy Issues , band , interview , music
Support Feminist Media!
During these troubling political times, independent feminist media is more vital than ever. If our bold, uncensored reporting on women’s issues is important to you, please consider making a donation of $5, $25, $50, or whatever you can afford, to protect and sustain BUST.com.
Thanks so much—we can’t spell BUST without U.