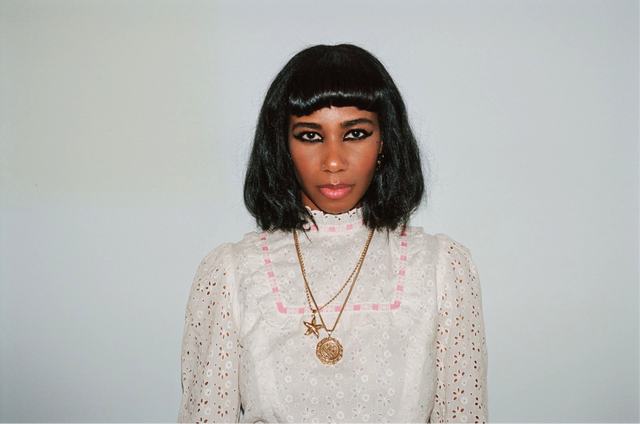 Santigold is back with new music, and we couldn’t be more excited. Today the songwriter dropped the single “Run The Road" off her new album I Don’t Want: The Gold Fire Sessions, released today, July 27th through Downtown Records. I Don’t Want is the product of a spontaneous 10-song recording collaboration between Santigold and Dre Skull, the Mixpak Records producer and DJ. The two bonded over a mutual love of reggae and Afro-Caribbean music, and the album reflects those genres and incorporates themes that shed commentary on the current social climate.

Listening to “Run The Road,” the Caribbean influence is definitely present. The song possesses a swagger that recalls classic reggae roots, fused with fizzed out and distorted synth beats that could have been plucked from a mid-'80s rap mixtape. The style of Santigold’s measured and parsed singing tempo also builds on the reggae sound, making for an interesting mix of genres not commonly married. It’s great to see Santigold take risks and move into uncharted territory. “Run The Road” makes for a memorable preview for what promises to be an album in which Santigold challenges herself and takes her artistry to new levels.