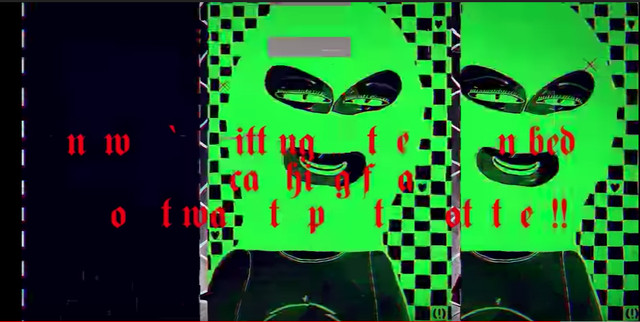 Sentsov is a Ukrainian filmmaker and vocal opponent of the Russian invasion of Crimea. In 2014, he was arrested by the Russian secret service on dubious charges and sentenced to twenty years in jail despite a lack of any evidence that he’d committed the crime. It’s widely understood that the charges against Sentsov were fabricated in order to imprison him for his activism. (Read more here). On May 14th, 2018, Sentsov began a hunger strike. He said he will refuse food until all Ukrainian political prisoners are released. According to reports, Sentsov is still alive (though in severe danger) and still refusing to eat until all Ukrainian political prisoners in Russia are free.

It's a familiar story: In 2012, two members of Pussy Riot—Nadya Tolokno and Maria Alyokhina—were jailed after performing an anti-Putin protest song at a Moscow cathedral and held a hunger strike in prison. In releasing “КОШМАРЫ / NIGHTMARES,” Pussy Riot is joining with many international activists in demanding Oleg Sentsov’s release, and calling attention to the corruption and violence of the Russian prison system.

The video appears to be a celebration of Pussy Riot’s years of activism and protest against Vladimir Putin’s regime in Russia and the widely-publicized trial brought Pussy Riot to international fame. “PONG!” suggests that they’re not slowing down anytime soon.

These video releases come on the heels of Pussy Riot’s latest protest (and arrests), in which four members stormed the World Cup field. That performance, and the videos that have followed (including their previous release, “Track about Good Cop”) all protest Russia’s stifling of dissent and its violent (in)justice system. Despite the dangers, Pussy Riot is continuing their fight, and joining in the international chorus of voices demanding the release of Sentsov in the third month of his hunger strike.

Pussy Riot's Nadya On How To Resist Trump: BUST Interview