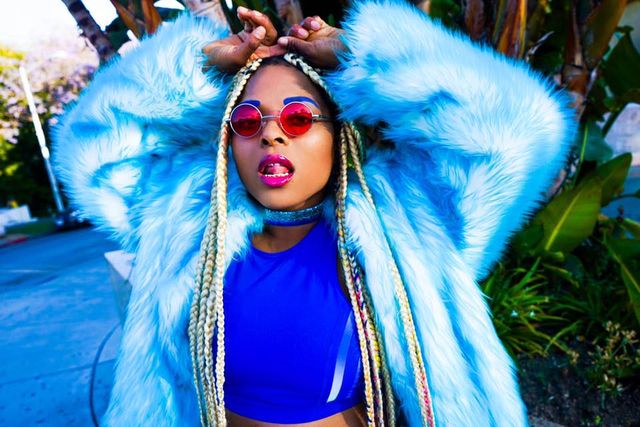 For the third year in a row, TUFFEST will take over South Seattle to uplift and emphasize the voices of people of color, women, nonbinary, trans, and gender nonconforming musicians and artists. TUFFEST is an all-day and all-night annual celebration put on by TUF, a Seattle-based collective. This year’s fest will be held for free on July 14th in Judkins Park.

TUF’s mission is to challenge the white cisgender male norm that exists within electronic music and media. The collective pursues this through representation and uplifting the voices of marginalized identities, and by giving them a seat at the table.

Tiffany Wan, PR manager for TUFFEST, said that TUF initially began as a Facebook group in 2015 for a few folks to share music and ideas—away from mansplainers.

“We were tired of a lot of the dynamics we had experienced, and trying to engage with the music and arts scene that can be predominately occupied by men,” Wan said. “We were looking for camaraderie and a place to talk about things, and it kind of grew from there.”

Fast forward four years, and now TUF boasts about 90 members, and throws events throughout the year in addition to TUFFEST. The festival includes an entirely non-cis male lineup, and this year’s performers includes TT the Artist, House of Eclipse, Bamban, and more.

Electronic artist Nightspace performed at the first TUFFEST in 2016, and has since moved to New York. They will be returning to Seattle this weekend to perform again, and said that they are excited to come back and share a new evolved self.

“I immediately feel the energetic warmth attending any event or space that's safe and for trans and POC,” they said. “The mission of TUFFEST has always resonated with me, centering marginalized people sends a positive vibration in the world. Intention behind anything makes its impact greater, expansive, limitless.”

Intention and representation are two of TUF’s most important values, which they weave through every part of the festival. In addition to the music, there will be immersive art installations throughout the park from seven artists. Wan added that this year TUFFEST will feature local vendors and community members tabling for the first time. 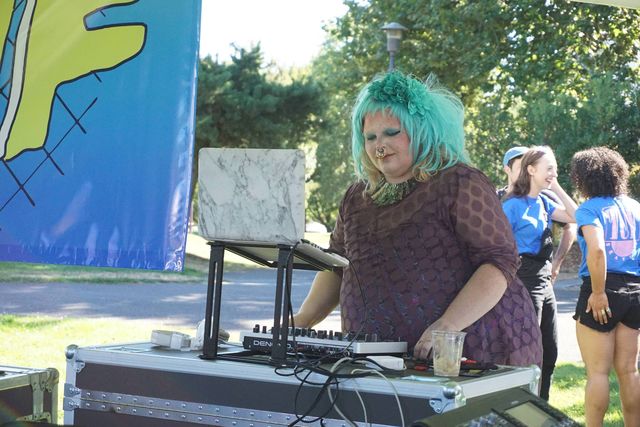 “The full experience of TUFFEST—it's reflection, it's celebration, it's not only celebrating collective members but it's also celebrating the Seattle community but also bringing in people from around the country” – Andrea Friedman, photo courtesy TUF
Before the music even begins, TUF will host 10 workshops this year on topics from music to art to difficult conversations. Just a few of the workshops include a beginner’s guide to community archives building, using poetry to transform pain hosted by Seattle Youth Poet Laureate Leija Farr, and a talk from former mayoral candidate, lawyer, and slam poet Nikkita Oliver on the intersection of arts and activism.

Sharlese Metcalf, workshop manager, said that this year she wanted the workshops to reflect what is going on in the world, centering people of color and people who don’t identify as straight.

“We should always be looking at how can we incorporate the entire community, the entire scene into our work with an equity lens,” Metcalf said. “I don't know if we'll ever be able to combat that, but as long as TUF exists, you can at least know people are out there thinking about it, and can put those ideas and perspectives into people's heads. It can be brought to light and considered—more than considered, can be done something about.” 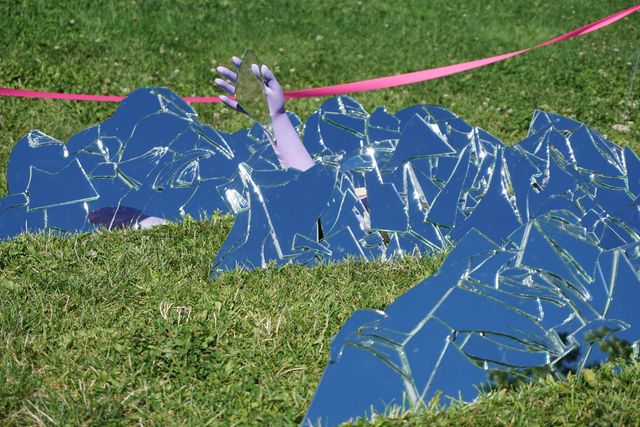 “It’s the representation of all types of arts, and I really think that's reflected through TUFFEST—you can really see it. Everybody comes together to help out and everybody uses their talent in some way.” —Sharlese Metcalf, Photo by TUF

TUF Project Manager Andrea Friedman added that one of their favorite parts of TUFFEST is the focus that the workshops put on the rest of the festival.

“The festival experience isn't just being immersed in art the whole time,” Friedman said. “Coming out of the workshops, there's this energy and excitement, and also deep reflection that some of the workshops can put people in. I feel like having that lens as you're going into the more art-focused portion of the festival really makes it a cool experience.”

And after the daytime portion ends, TUFFEST doesn’t stop. At “TUF ‘til Dawn,” the after party in Seattle’s industrial district, Debonair will headline until the early hours of the morning, completing TUF’s annual event.

“Between all of us putting our heads together, we are one voice of the future,” Metcalf said. “You still see lineups of all men and the only way to combat that is to have something like TUF in existence, so that people can actually think about the work that they're doing.”

Florence Welch, Before "High As Hope"

Anna Kaplan is a freelance journalist primarily covering music and culture. When she's not writing, she's probably at a concert or arguing with someone over the Oxford comma.