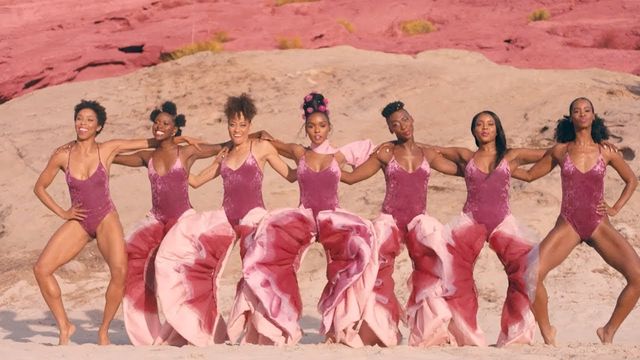 This Pride Month, we're celebrating LGBTQ musicians and artists who inspire us. Check out these 7 musicians to find your next queer anthem!

Tegan and Sara, the twin sisters that created your favorite hits like “Closer” and even “Everything is AWESOME!!!” from The LEGO Movie, have been open about their queer identity since they debuted on the music scene in 1998. In addition to penning LGBTQ anthems such as “Boyfriend,” the sisters have started their own eponymous foundation that is dedicated to awareness and support for the LGBTQ community, specifically queer girls and women.


Frank Ocean, creator of infamous albums Channel Orange and Blonde, published a letter on Tumblr in 2012 detailing how his first love was a man. Many of Ocean’s songs feature male pronouns, but the singer has continuously rejected any specific labels, telling GQ in 2012 that he prefers people to focus on what “you can feel” because “you can’t feel a label.”

Kehlani, the R&B artist behind the album SweetSexySavage, has been open about her sexuality, saying that she identifies as queer. Whether she is making out with Demi Lovato on stage or talking about queer representation in music, the star is always bringing LGBTQ love to the spotlight.

Hayley Kiyoko (also known in some circles as Lesbian Jesus) released her debut album Expectations this year and it has received acclaim from critics and the queer community. Kiyoko can be found today smashing appearances on Late Night with Seth Meyers, opening for Panic! At the Disco this summer or talking about the importance of songs about authentic LGBTQ experiences.

Sivan came out in a YouTube video in 2013 and has since been releasing pop music that speaks to many members of the queer community. Many of Sivan's music videos feature LGBTQ relationships, establishing them as beautiful and normal.

Monáe came out as pansexual in 2018 in an article with Rolling Stone, and has written queer anthems like “Pynk” and “Make Me Feel.” She’s currently on her Dirty Computer Tour and is rocking the fashion world with her LGBTQ-inspired outfits.

Shea Diamond’s music is all about loving yourself as you are. The trans singer spent a long time not being able to live her fullest life as a woman, but now that she is free to express her gender identity, she is using her musical voice to empower people to embrace their true selves.

14 Ways To Represent Pride At Your Queer Wedding

Tags: musicians , pride , LGBT , queer , trans , gay , lesbian , music , pop , rap , R&B
Support Feminist Media!
During these troubling political times, independent feminist media is more vital than ever. If our bold, uncensored reporting on women’s issues is important to you, please consider making a donation of $5, $25, $50, or whatever you can afford, to protect and sustain BUST.com.
Thanks so much—we can’t spell BUST without U.