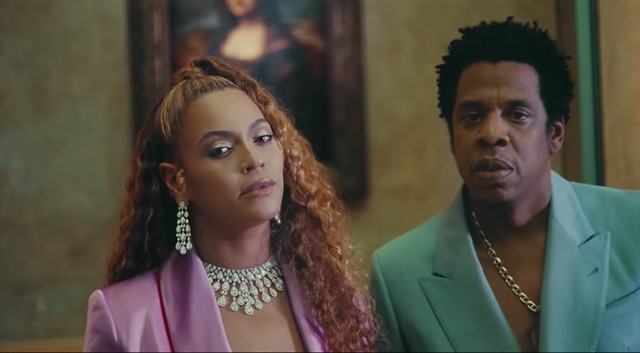 At the end of their London concert during their On the Run II World Tour, Beyoncé and Jay-Z dropped their first collaborative album on TIDAL (and as of this morning, it's now on Spotify too). Collective screaming ensued all across the world. Read more at Vulture.

The U.S. Government is Keeping Immigrant Children in Cages

Lawmakers were given a look inside the US Border Patrol’s holding facilities for immigrant children and many are criticizing the centers for their inhumanity. Children, many of whom are separated from their parents, are kept in chain link cages without toys, books or beds. Read more at The Guardian.

Former First Lady Laura Bush is speaking out against the Trump Administration’s zero-tolerance immigration policy that is separating children from their parents, so you know it’s gotten pretty bad. Bush described the process as “immoral” and called for a “more compassionate” solution. Read more at The Washington Post.

The U.S. Could Potentially Leave the UN Human Rights Council

A source has reported that the U.S. is making the moves to leave the UN Human Rights Council because of disagreements having to do with Israel. Swiss Ambassador Valentin Zellweger told Reuters, “If [the U.S.] withdraw[s], we can expect significant consequences.” Read more at The Hill.

Monticello, Thomas Jefferson’s estate, will now focus on the lives of his many slaves in various exhibits, demonstrating their importance in the estate's history. Newly renovated rooms will now tell the story of Sally Hemings, who was the mother of six of Jefferson’s children. Read more at NPR.

Women in Spain Are Fighting to Reform Rape Law

A movement has ignited in Spain to change rape law to define rape as sex without consent in light of a high-profile case that cleared several men accused of gang rape because the victim seemed “passive” in video evidence. Time will tell what will happen to this movement in a country that recently debuted a majority female cabinet. Read more at The Nation.

Washington, D.C. Is Being Sued for Discriminatory Housing and Gentrification

The nation’s capital has come under fire, with a civil rights lawyer claiming that the city’s urban renewal has made it impossible for working and middle class African American residents to stay in their neighborhoods. The lawsuit claims that the city’s focus on acquiring young millennial professionals is the reason why many African Americans can no longer afford to live in D.C. Read more at The Root.

The Royal Family to Have its First Same-Sex Wedding

Move over, Harry and Meghan! There is a new royal wedding to celebrate. The Queen’s cousin, Lord Ivar Mountbatten, is set to marry his partner James Coyle in the royal family’s first same sex wedding. Congrats, lovebirds! Read more at Refinery29.

Debates are ensuing in Australia after police told people in a press conference that they have to “take responsibility for [their] safety” in the aftermath of the rape and death of a 22-year-old woman. Many criticized the department for the statement, saying that it reflects a culture that allows men to be violent and women take the blame for it. Read more at The New York Times.