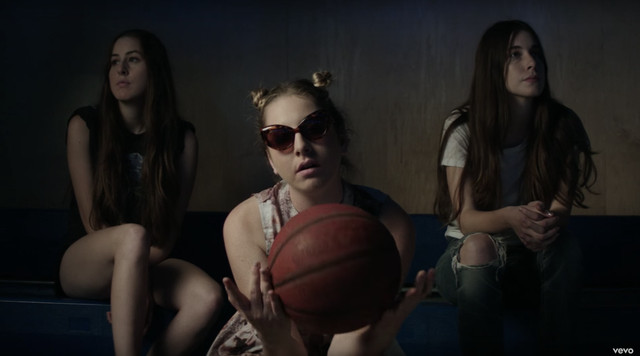 Indie pop sister trio HAIM have recently fired one of their booking agents in light of finding out they were paid one-tenth the amount of a male arist playing the same festival as them. They have not disclosed the name of the festival nor the name of the male artist.

In an interview with Grazia magazine, they said they did not question the low wage for the festival because they were told it was a good promotional opportunity and they may end up on the radio.

Alana Haim told Grazia, “That’s why I love my sisters so much. I trust them with my fucking life. We’re all in this together…but it’s scary out there and it’s fucked up. It’s fucked up to not even to be paid half the same amount. But to be paid a tenth of that amount of money? It was insane.” 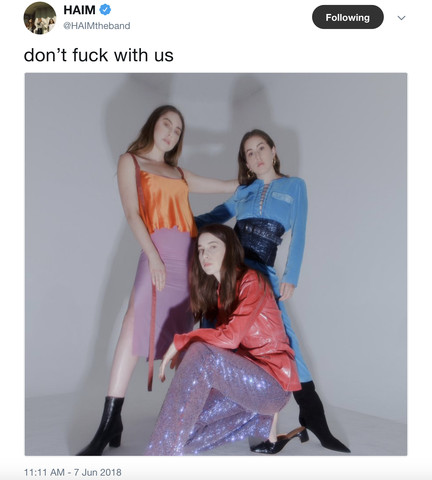 Although the band did not disclose which particular festival this happened at, it is common to see a large gender pay gap in the music industry. According to Dazed, the UK recently made it mandatory for large companies to disclose their pay gap. This regulation revealed that major labels—such as Sony, Universal, and Warner—paid women an average of 33.8 percent less than men. A report from BBC News disclosed that only 20 percent of festival line-ups are comprised of female artists.

The entertainment industry has been spearheading discussions about the gender pay gap as it relates to female performers and actors being paid less than their male counterparts. While this helps to illuminate the issue, it is important to remember that women, and especially women of color, who work low-wage jobs are most affected by the gender pay gap and often do not have a platform to speak out about it. Way to go HAIM for taking a stand!

From HAIM's Want You Back Music Video