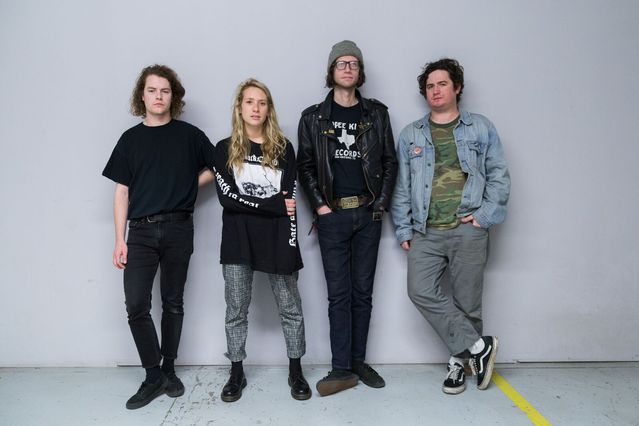 We are stoked to share Rhode Island punk band GYMSHORTS's new video for “Breathin’ on Me," the first single off their forthcoming album KNOCK KNOCK. The album is set to release in August on Wallflower Records/Burger Records in US and Bachelor Records in EU. If you’ve ever seen this band, led by frontwoman Sarah Greenwell, then you know you're guaranteed a powerful, heavy set. BUST talked with Greenwell about her creative process and the story behind the single.

So tell me about this first single, is there a story behind it?

There’s not so much of a story, but basically, it’s just about close-talkers and how it’s kinda brutal when they breathe on you! I quit smoking so I think now I’m pretty sensitive at a show when someone's just super up in your face and then you back up a little bit and then they just move right back in there. It’s like dude, you’re breathin' on me! I think sometimes I have this insane sense of smell where no one else notices it, but to me it’s deathly. Take good care of your teeth, people!!!!! Also though, I just wanna say I was so stoked on this video because [animator] Jamie Loftus is pretty much a genius and it feels like she knew exactly what my mind was thinking when I wrote this song. 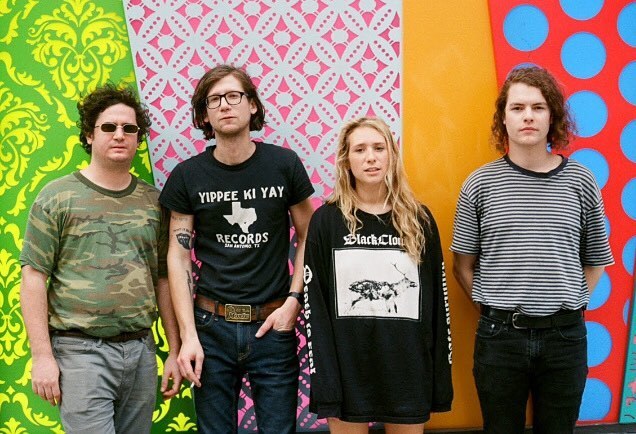 What was the process like for writing and creating KNOCK KNOCK? What was your favorite part?

Man! I had had some of these songs for so long that it’s kinda hard to remember. I was definitely going through a gnarly relationship situation that I think is definitely present in a lot of the songs on this album, but I think usually I’m just trying to write lyrics that say something in a way that makes myself laugh. Even if it’s about something that doesn’t make me laugh. One of the songs on this album though, Chris Crass wrote. So you’ll have to ask him about that one.

As far as creating, I think my favorite part was recording, which I normally do not like. But this time, we just went to a house in the Berkshires and stayed there for a few days and recorded them pretty much live with our friend Ben Semeta. There were trees everywhere. I told everyone there was no wifi so we could just hang out with each other and play games and make VHS tapes. I think sometimes I have a hard time staying focused while recording, but this time was so cool because there were fewer things to distract me. No convenience stores close by or anything, and everyone wasn’t going home to their separate houses, so it felt really nice to just wake up and have everything there and really be in it. 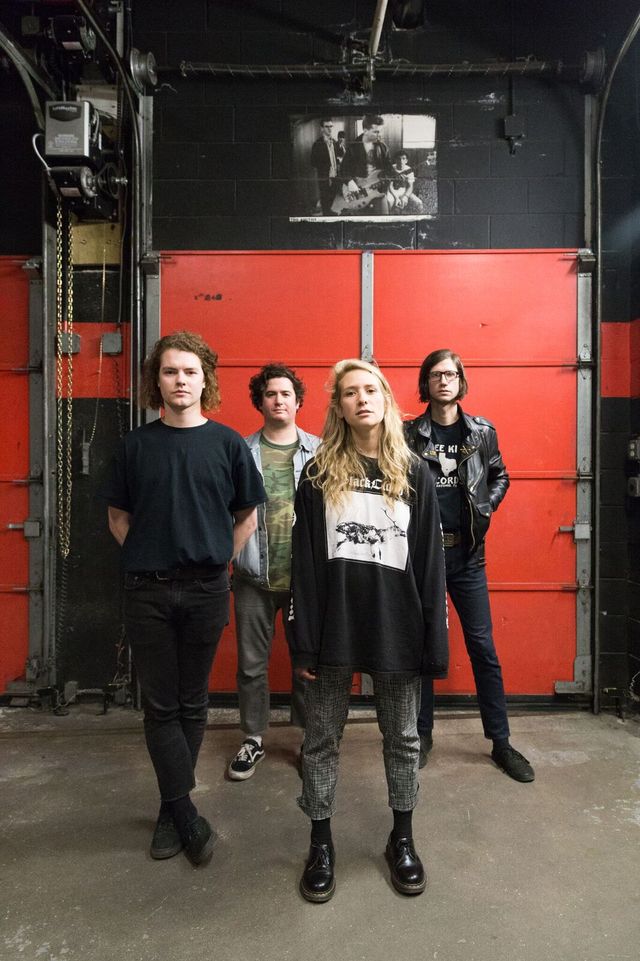 So you guys have been playing some really dope shows and are currently playing with La Luz. What's next? Any cool collabs or tours in the works?

We're hoping to be touring a lot when the album comes out for sure. We’re stoked to be on this tour. La Luz is so awesome and such talented musicians, so it’s really cool to be able to watch every night.

How do you think artists should be using their platforms to contribute to the progression of society?

I think there’s a lot of wild stuff going on ALWAYS, and I think the most important an artist can do is address it. You don’t even have to add your opinion necessarily if you don’t feel comfortable, but I do think the most productive thing is to confront what’s happening in the world, or even in your own world, and open up conversations about whatever it is. I think not everything is so black and white, and conversations are where the truths get talked out and the learning can actually take place.

How Bomba Estéreo Brings Cultures Together Through Music: BUST Interview