Details
BY BUST Magazine
IN Music
Published: 21 May 2018 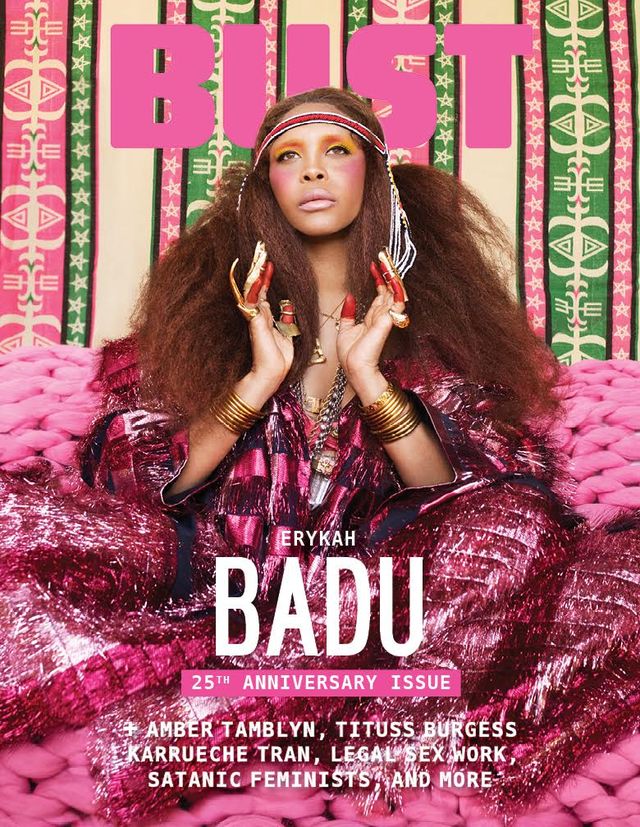 We’re excited to share that Erykah Badu is BUST’s cover star for our June/July 2018 issue, aka our 25th anniversary issue! For our 25th anniversary, we wanted to choose an icon who began her career around the same time BUST was born—and Badu is the perfect choice. She is as relevant, interesting and groundbreaking today as she was when she first burst onto the scene in the early ‘90s.

We’ve included a few quotes below from our ten-page cover story, written by Jamia Wilson and photographed by Nadya Wasylko. Find our 25th anniversary issue on newsstands beginning May 30—or subscribe! 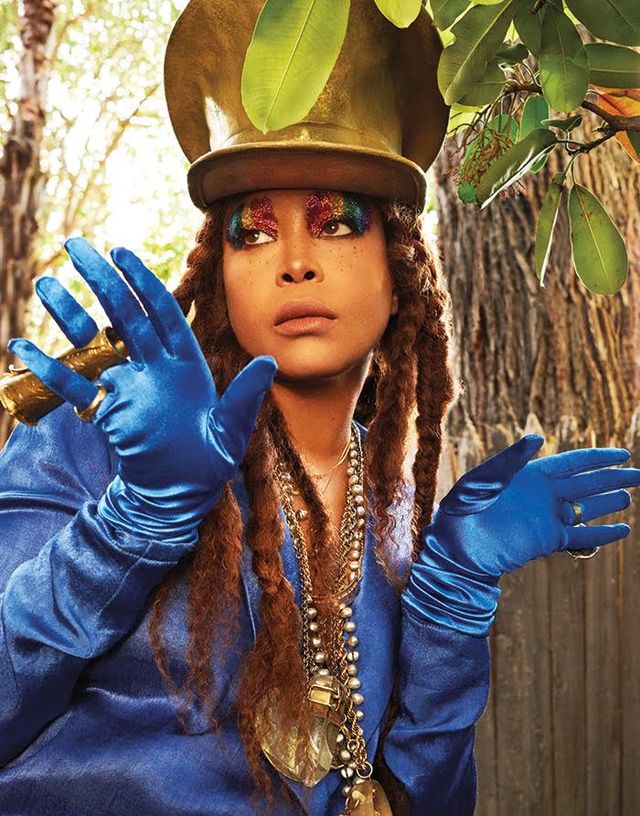 Now that I’m 47, I’m moving into a different phase. A phase of acceptance that my bones have been used and my body is different and my mind is settled and my breath is even.

On What She Teaches Her Kids

Watching my kids experiencing friend groups and popularity and bullying, I’m telling them to make sure that they now it’s OK to believe and think the way they want. It’s OK to look the way you want, to feel the way you want—it quietly gives others permission to do the same thing.

When I think about the past or future too much, I can find myself again by measuring my breath. If my breath gets shallow in the chest, or if I’m holding my breath and clenching my teeth while driving, I’ll notice that—if I’m really paying attention—and I’ll go ahead and just start breathing as if everything’s OK. It changes everything. There’s a connection you can make with this stillness that lies up under everything.

Janelle Monaé, Before "Dirty Computer": From The BUST Archives

Cynthia Nixon, Before She Ran For Governor: From The BUST Archives