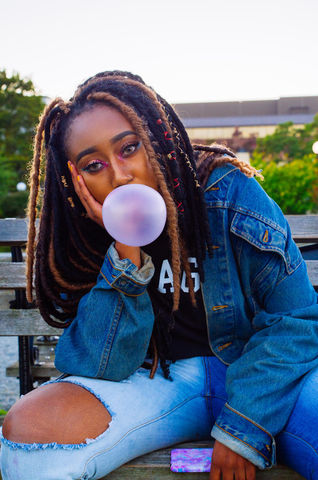 Bipolar Lovers in Love EP by CUSI COYLLUR (Self-Released)
Pianist, singer, and mental-health advocate Cusi Coyllur, aka Shannen Roberts, weaves her (now more important than ever) activism together with music, exploring healing via a collection of eight avant/experimental tracks on Bipolar Lovers in Love.

Which Witch 7-Inch by PEACH KELLI POP  (Mint Records)
Peach Kelli Pop is the catchy, ever-progressing project of songwriter Allie Hanlon. The Which Witch 7-inch is a set of six bursts (each track is roughly one-minute long) of carbonated guitar shredding and some of the most personal lyrics in PKP’s eight-year history.

What The World Needs Now Is L7

Why Beyoncé's Beychella Performance Is So Important