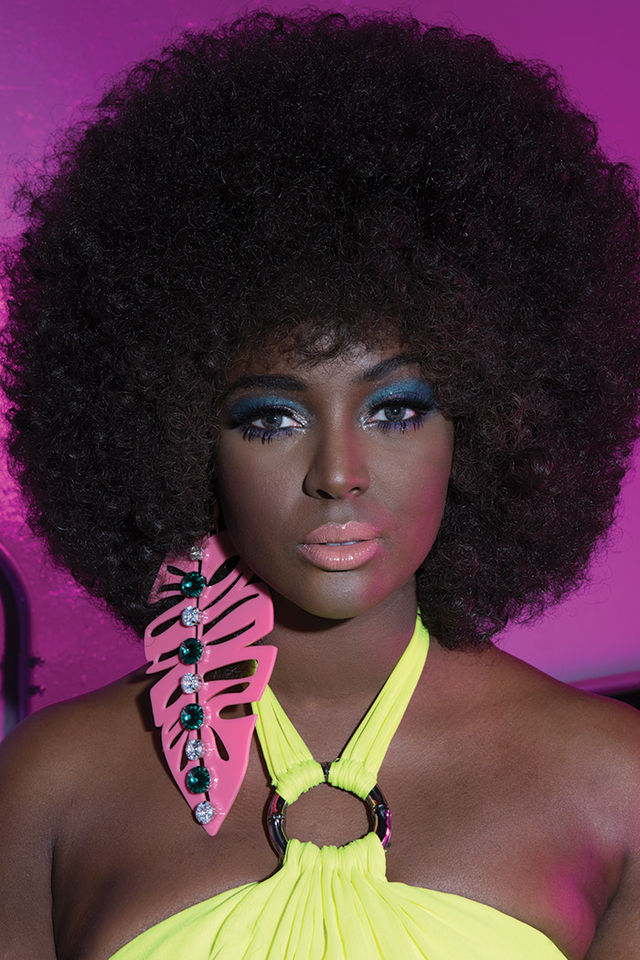 It only took the premiere episode of VH1’s Love & Hip Hop Miami for breakout star Amara La Negra to charm her way into viewers’ hearts. But the Miami-born Dominican singer didn’t do it in the typical table-flipping-drink-tossing way that usually turns reality stars into GIFs—she did the exact opposite. On the first episode of the series, about aspiring music artists and their love lives, La Negra requested constructive criticism from potential producer Young Hollywood. But when he suggested she be “a little bit more Beyoncé and a little less Macy Gray” in her look and rudely called her a “Nutella Queen” because of her complexion, the 27-year-old immediately schooled him on how to be more respectful of her identity.

“Being an Afro-Latina, I embrace it,” she told him of her style. “Just in case you hadn’t noticed, I am Black. Not all Latinas look like J-Lo or Sofia Vergara or Shakira. So where are the women who look like myself?” He reacted by throwing a black power fist in the air and declaring her “a little intense about this whole African thing,” at which point, La Negra just smirked and left his ignorant ass in the dust. “I am extremely proud of my brown skin, I’m proud of my color, of the way that my hair curls,” she told the camera after that irritating interlude. “I’m proud of who I am and nobody is going to take that away from me, not even Young Hollywood with his stupid-ass comments.” 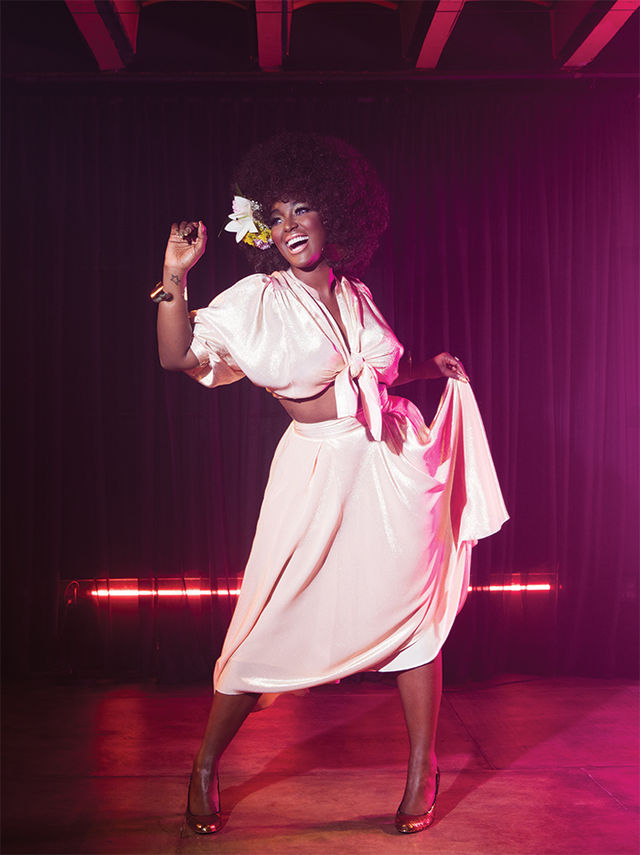 Born Dana Danelys De Los Santos, Amara La Negra’s stage name, which literally translates into “love the black woman,” was admittedly adopted as a small act of rebellion. This nominal stand against colorism is something La Negra attributes mainly to her upbringing by her single mom. “My mother always told me that I was beautiful,” she says over the phone from Miami. “My mother had to build that in me. If you don’t have a strong parent to build that up for you—that you don’t need to feel as if someone else’s judgment about you matters—then that can definitely tear you apart.” It was La Negra’s mom who helped her launch her entertainment career as a child star on Univision’s Sábado Gigante before she emerged as an adult on the urban Spanish-language music scene in 2012. Her colorful, poppy, R&B videos got her noticed by Love & Hip Hop, and shortly after she debuted on their Miami series, she was offered a multi-album deal with Fast Life Entertainment Worldwide and BMG.

As a result, La Negra is now busier than ever. And having been a performer for her entire life, she definitely has a lot to offer her new label. Influenced by both her Dominican roots and Miami’s large Cuban community, La Negra says that fans can look forward to new music from her that still offers her trademark fusion of hip-hop, R&B, bachata, merengue, guaguancó, salsa, and rhumba styles. “Music unites us. Music has no color; it has no political rights or wrongs, or religious beliefs,” she says of this new chapter in her creative career. “Music is just music. It just makes us feel good.”

BUST's April/May Issue With Samira Wiley Is On Newsstands Now

My Dermatologist Told Me To Bleach My Brown Skin

This Photo Series Celebrates The Beauty Of Black Women