7 New Albums To Listen To This March: Playlist

Welcome to the second half of our music reviews from our February/March 2018 issue! (See the first half here.) March brings us new albums from the Breeders, the Orielles, U.S. Girls and more. Read our reviews here and listen to the playlist below. 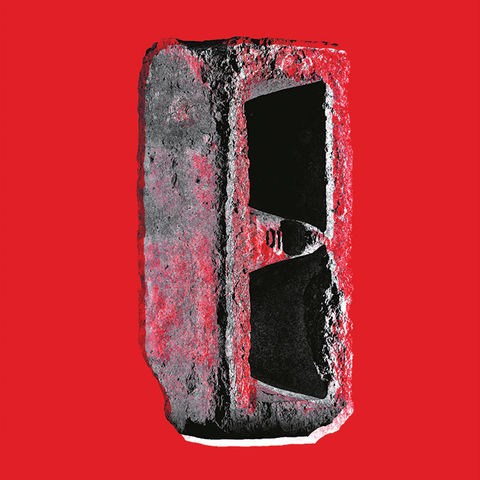 THE BREEDERS
All Nerve
(4AD)

Upon hearing there was a new Breeders record coming out after nearly a decade, my excitement was tempered with reservations. What can we realistically hope for without getting set up for disappointment? Nearly 30 years and four albums (plus a few EPs) into their career, one might expect to find the Deal sisters—that’s ex-Pixies bassist Kim Deal, later joined on guitar by her twin sister Kelley—going through the equivalent of an ’80s Bob Dylan phase. (Ugh, OK maybe not that bad.)

Thankfully, All Nerve is a venerable work of art, complete with unique and unpredictable stop-and-go chord progressions and lyrics that linger in your mind even when you don’t fully understand their meanings. The album’s lead single/crown jewel, “Wait in the Car,” wakes you up with the sort of “aooh-aooh” pop harmonies not heard since the Breeders’ 1993 hit record Last Spash. (And seriously, is there anything more beautiful than two humans with identical DNA harmonizing?) Other tracks like “Walking With a Killer” are dominated by bassist Josephine Wiggs and dabble in sparser experimental arrangements. While darker songs like “Nervous Mary” and “MetaGoth” still manage to shred as much as the band’s earlier works. Archetypal alt-rock bands often struggle to remain relevant in a genre that’s also struggling, so it’s refreshing when new music from icons not only reinforces their status, but also surpasses expectations. With All Nerve, the Breeders continue to reign as the gold standard in perfectly crafted pop weirdness. 5/5 –BREE MCKENNA 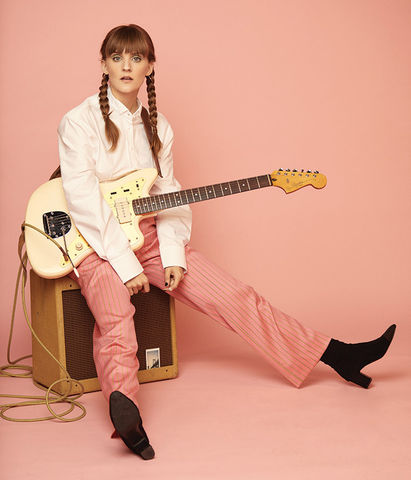 Since her 2014 debut, The Colder Months, Liza Anne has mastered a sense of melancholy with her smooth voice. But her latest LP, Fine But Dying, has a greater sense of urgency and anxiety. Lead single “Paranoia” features melodic vocals that slip into dissonant talk-singing. Tension slowly builds, and, almost without warning, crunchy guitars blare through your speakers. Meanwhile, “I’m Tired, You’re Lonely” has the saccharine sorrow of a country song. Fine But Dying mimics the pace of a heartbeat—frantically racing and then slowing down to take a breath. 3/5 –MARY KINNEY 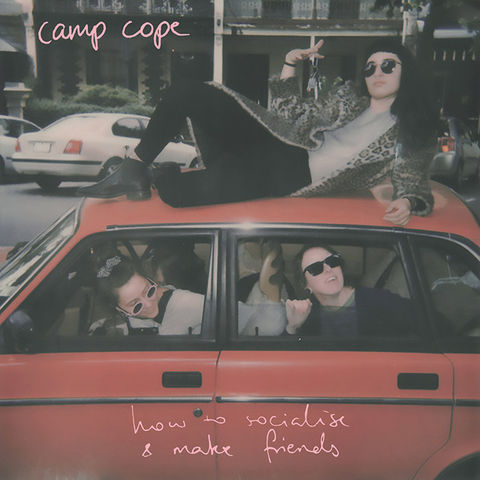 CAMP COPE
How to Socialise & Make Friends
(Run for Cover)

Melbourne-based indie-rock trio Camp Cope returns for its second LP, offering up another appealing helping of clever, self-aware lyrics. The opening track, appropriately titled “The Opener,” discusses sexism and self-entitled men in the music industry. On the title track, Georgia Maq’s voice reaches toward a cathartic scream as she laments the end of a relationship. “I can see myself living without you,” she sings, “And being fine/For the rest of my life.” The band’s style of wry lyrics over slightly off-kilter guitar work is reminiscent of ’90s feminist indie greats like Team Dresch and Sleater-Kinney—a welcome nod to the past and a spark of hope for the music industry’s future. 5/5 –ADRIENNE URBANSKI 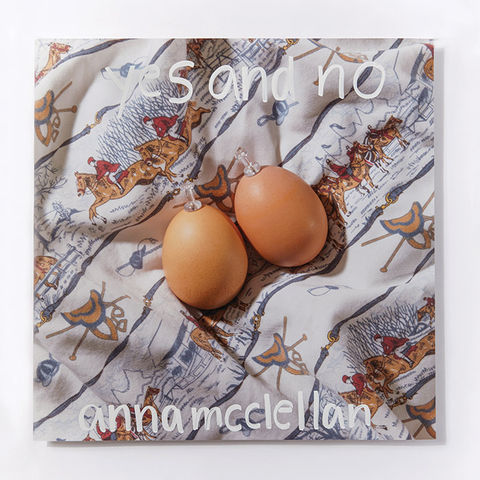 Anna McClellan has no problem getting cozy with that weird sense of feeling everything at once. On Yes and No, her second collection of piano-driven monologues, the singer/songwriter goes deep on love, life, the female condition, and the restlessness that comes with wanting so much simultaneously. From the folksy twang of “Happy Type” to the nervy bounce of “It Just Makes Sense,” McClellan sings straight into your brain, nailing every ounce of uncertainty you’ve ever felt with a stack of driving melodies and one super-fresh voice. Get your ears on this ASAP. –MOLLIE WELLS 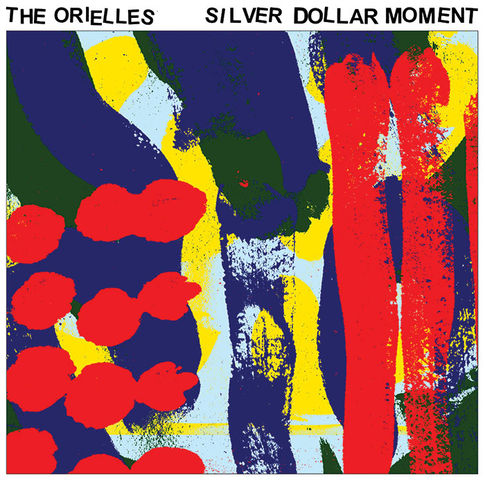 Halifax, U.K., trio the Orielles—Sidonie B. Hand-Halford (drums), Esmé Dee Hand-Halford (bass, vocals), and Henry Carlyle Wade (guitar, vocals), aged 21, 18, and 17 respectively—sounds like summertime on its debut LP, Silver Dollar Moment. The semi-surreal lyrics and somewhat lysergic musical sensibilities pick up hints of ’80s indie (think C-86-style melodic janglers) and ’90s Brit pop (think Pulp at their most disco) put through a breezy, infectious filter all their own. The restless guitar pop of “Let Your Dogtooth Grow” and the unsinkable chorus on standout track “I Only Bought It For the Bottle” are all set for your vitamin-D playlist. –EMILY NOKES 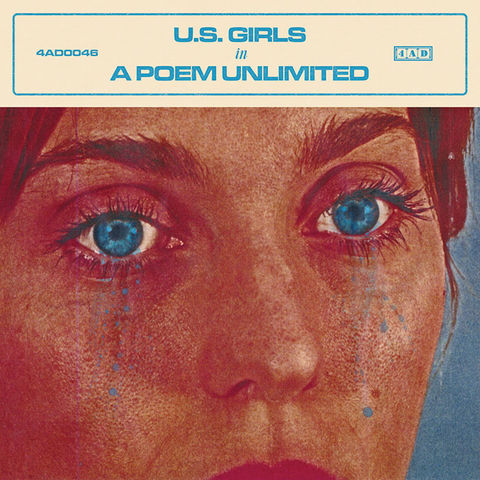 Meghan Remy has produced another unclassifiable masterpiece under the U.S. Girls moniker, In a Poem Unlimited. Remy’s music, which is simultaneously hummable and harsh, creates a surreal world that is equal parts frightening and sexy. Stylistically, the album ranges from disco (“M.A.H.”) to experimental jazz (“Time”) to ’90s R&B (“Pearly Gates”) to acid house (“Incidental Boogie”) without skipping a beat. Despite these disparate influences, In a Poem Unlimited never feels derivative or disjointed. In fact, this album has a distinctly pop sensibility that makes it surprisingly accessible. If you’re not already a U.S. Girls fan, this should convert you. –SARAH C. JONES 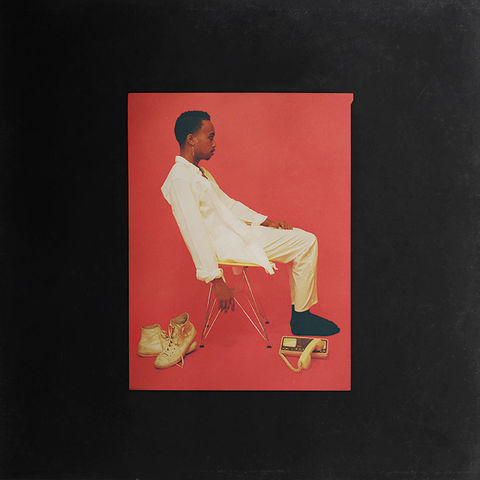 Bryndon Cook—better known as Starchild & The New Romantic—is aiming for center stage with Language. After assisting Solange with her Seat at the Table Tour, the soulful wunderkind brings his best work to the forefront. The title track prepares us for the smoothly sexy ride ahead, while songs like “Mood” and “Only If U Knew” channel the late Prince in feel. Meanwhile, “Black Diamond” and “Can I Come Over?” travel to a whole other era, with album closer “Hand To God” wrapping the project up nicely. Is it possible to travel back to the future with one album? If so, then Language is it. –KATHY IANDOLI

12 New Albums To Listen To This February: Playlist

How SoulCycle Is Changing Pop Music

Tags: music , albums , album reviews , Fever Pay , U.S. Girls , The Breeders , music
Support Feminist Media!
During these troubling political times, independent feminist media is more vital than ever. If our bold, uncensored reporting on women’s issues is important to you, please consider making a donation of $5, $25, $50, or whatever you can afford, to protect and sustain BUST.com.
Thanks so much—we can’t spell BUST without U.