12 New Albums To Listen To This February: Playlist

Every issue of BUST, we review new albums — here's the first half of our February/March 2018 review section, with a playlist to go with it. 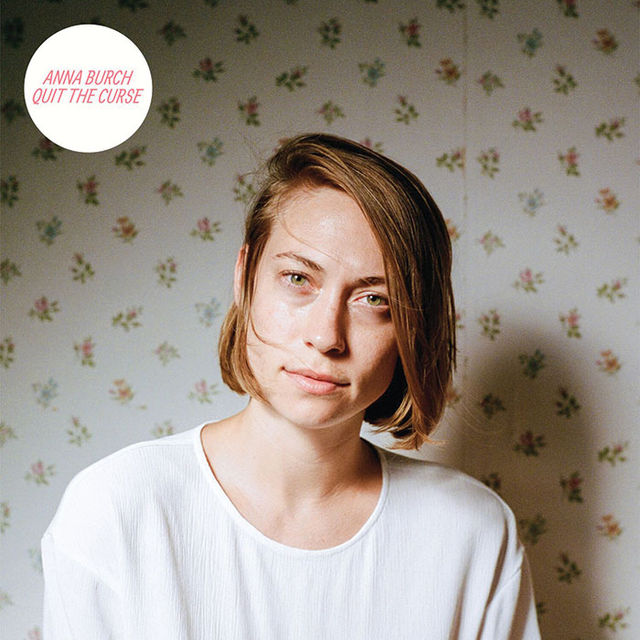 Does recognizing self-sabotaging patterns render us powerful enough to break them? Anna Burch explores this question on her solo debut, Quit the Curse—nine self-aware indie pop songs that lift the sounds of ’60s girl groups, but offer a more cynical take on their romanticism. In the warm reverb of “2 Cool 2 Care,” Burch investigates contradicting desires, singing to an indifferent lover, “From what I can see, reciprocity is boring/But I’m tired of unrequited love stories.” Ultimately she’s too mindful to wallow, whether singing about drugs or love or some combination of the two. “Self-destruction is so played out/So is self-pity and self-doubt,” she muses on “What I Want,” skewering the tropes of pop music and ultimately concluding, “Let’s try to be OK.” 4/5  –ROBIN EDWARDS 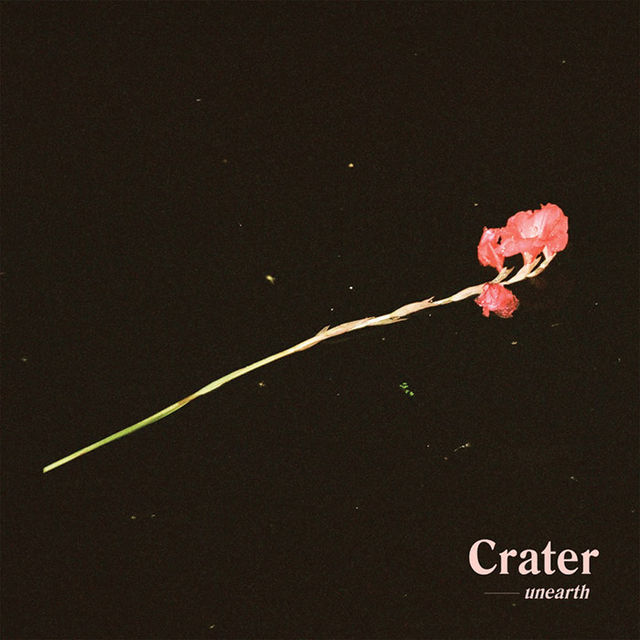 No less moody but a tad less noisy, Crater’s sophomore album tones down the synths of their debut and makes the lyrics the focus. On Unearth, the Seattle-based electro-pop duo leans into the personal disappointments of the past year—heartbreak, family illness, Trump—by turning them into somber pop songs. Singer Ceci Gomez gives a loopy takedown of the Hollywood dream on “Bluets” and is a paranoid android on the hostile “Novocaine.” But it’s Crater tackling post-break-up loneliness on the throbbing “Physical” that will make you more than happy to be dancing on your own. 5/5 –SHANNON CARLIN 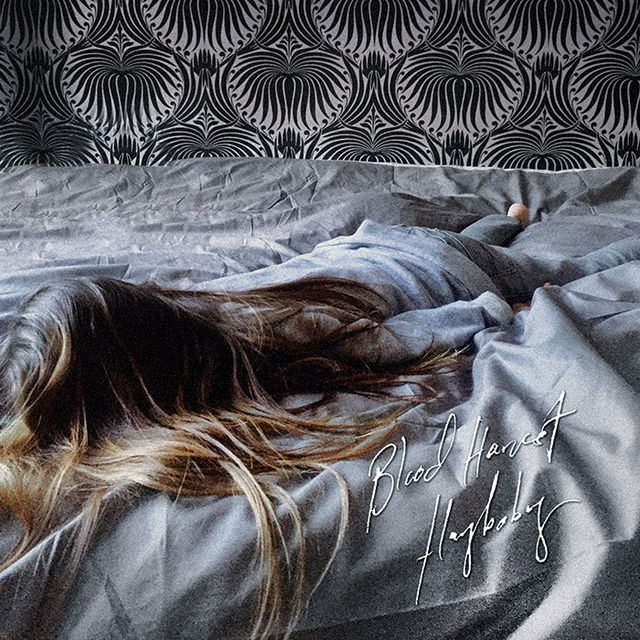 With edge, spunk, and conviction, Haybaby’s Blood Harvest hits us in all the right places. The “slop rock” Brooklyn trio captivates listeners with dynamic, driving sounds. And Leslie Hong’s ethereal vocals over heavy-hitting licks make for the perfect combination of sludge, rock, and soul. Hong—an extremely active artist/activist in the music community—communicates through her lyrics and vocal performances the grievances and struggles of being a woman today. Opening track “Stupid” is seductive, mild, yet strong, and sets the perfect tone for the rest of the album. Haybaby’s brooding and sleek sound delivers with each track, leaving listeners wanting more. 5/5 –JANETH GONDA 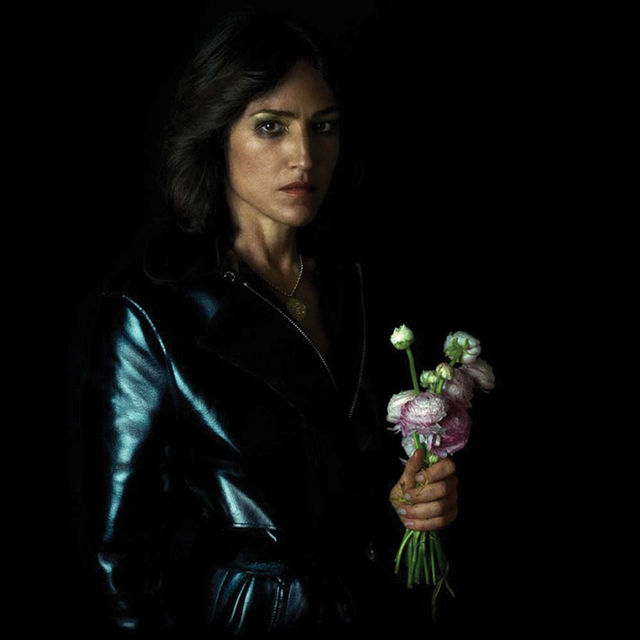 Following last year’s Benjamin Lazar Davis collaborative album, Let It Be You, Joan As Police Woman’s Damned Devotion marks a return to Joan Wasser’s poignant vulnerability as she swaps abundant instrumentation for a more stripped-down approach. Inviting us into a world of sparse percussion and the universal truths that surround failed relationships, Wasser remains a melodic mastermind. Opener “Wonderful” is soft, contemplative self-analysis, while lead single “Warning Bell” is a moody, vocal-driven exploration of harmonies and crisp, sporadic rhythms. Sonically, Damned Devotion goes back to the beginnings of the Joan as Police Woman project, but Wasser sounds more forward thinking than ever. 4/5 –SAMMY MAINE 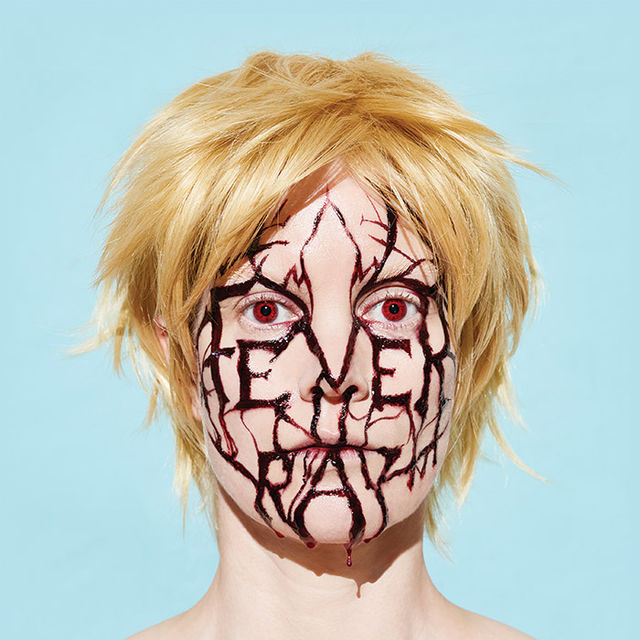 Karin Dreijer, half of the musical duo the Knife, released her solo project Fever Ray in 2009. Now, after eight years, she's back with Plunge—an album as intense and innovative as its scathingly cool predecessor. Dreijer elevates electronica by creating sounds that are unrecognizable as the usual programed synths, sequencers, and drum machines. Her vocals have a gymnastic quality, leaping and stretching alongside drum rhythms reminiscent of Kate Bush, circa The Dreaming. Political and social concerns keep with Dreijer’s recurring themes of nonconformity, morphing, and transitioning into another state of being. On “This Country,” the lyrics rightfully demand “Free abortions and clean water,” along with a catchy refrain, “This country makes it hard to fuck.” 5/5 –MICHAEL LEVINE 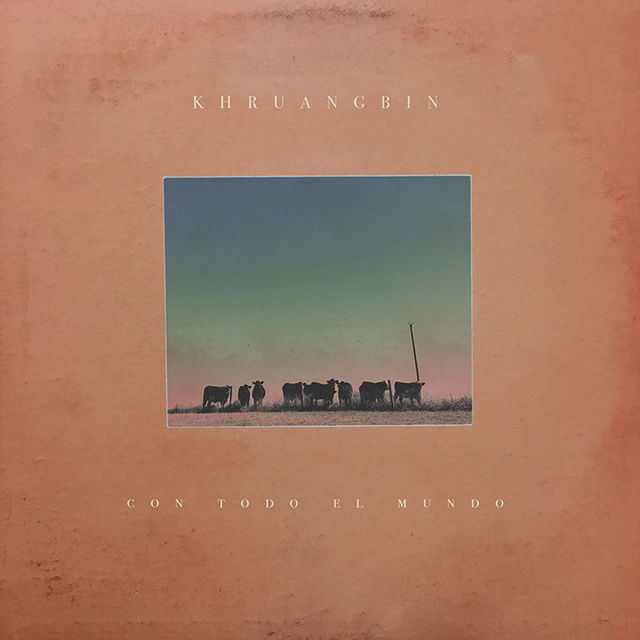 In 2015, Khruangbin harnessed the powers of Thai funk on their debut album, The Universe Smiles Upon You. And now they’ve returned to bend genres again with Con Todo El Mundo. The primarily instrumental 10-track offering is a beautiful journey through a number of unique sounds. Sure, many of the songs carry Spanish titles, but like the opener “Cómo Me Quieres” (“How Do You Want Me?”) suggests, the instrumentation yields everything from Latin to Middle Eastern feels. Other tracks like the upbeat “Maria También” and the woozy “A Hymn” show just how multi-dimensional Khruangbin can get. This is memory-making music, so catch a ride to nowhere and vibe out. 3/5 –KATHY IANDOLI 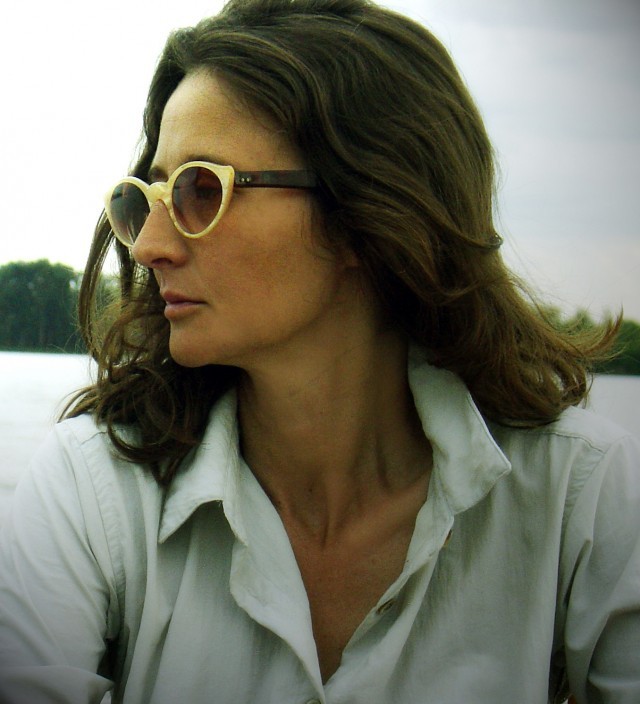 Lucy Dacus has a way with wit, as showcased throughout Historian, the follow-up to her 2016 debut. Songs teeter between pop-leaning folk and fuzzed-out indie rock, building layers and mixed tempos. Her lyrics speak volumes, from the modern protest song “Yours and Mine” (“We’ve got a long way to go before we get home/’Cause this ain’t my home anymore”) to the gut-punchingly relatable breakup number “Night Shift” (“You’ve got a nine-to-five so I’ll take the night shift/And I’ll never see you again if I can help it”). Take time to listen and re-listen, and you’ll pick up on more of Dacus’ signature nuances, both lyrical and instrumental. –CINDY YOGMAS 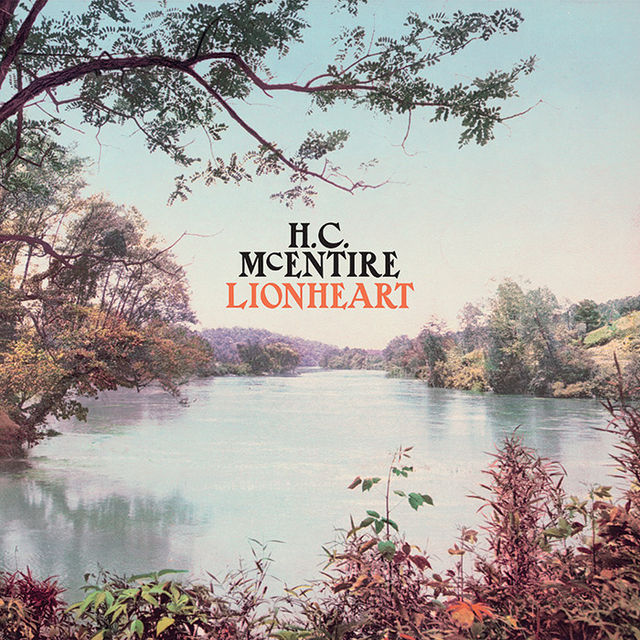 Mount Moriah member H.C. McEntire steps out with Lionheart, her first solo release. McEntire’s an insightful songwriter with an indie-rock edge and an angelic voice that lives somewhere between Shelby Lynne and Dolly Parton. “A Lamb, A Dove,” “Wild Dogs,” and “When You Come For Me” demonstrate McEntire’s talent for producing heartfelt ballads, while songs like “Yellow Roses,” “Baby’s Got The Blues,” and “Red Silo” groove with a swift-kick-in-the-pants feistiness and swagger. There’s a real Americana vibe happening here and an “up yours” to the sanitized, macho, mainstream, corporate-country sound. Hopefully there will be many more solo releases in H.C. McEntire’s future. 4/5 –MICHAEL LEVINE 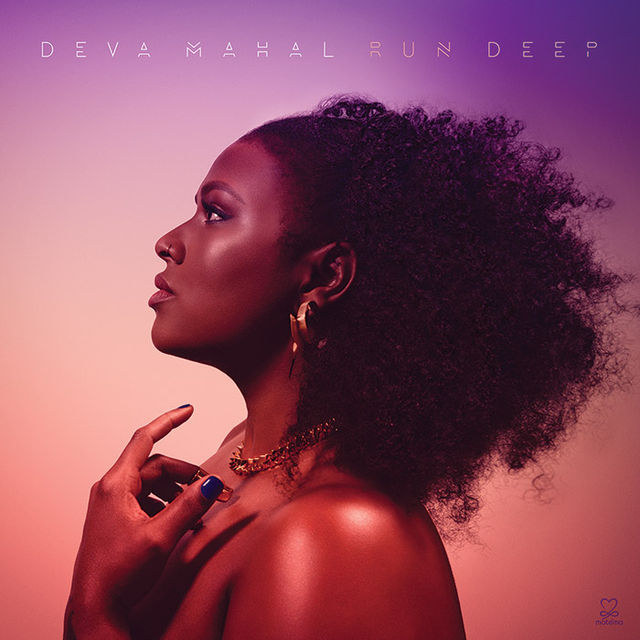 Deva Mahal (pronounced Diva) sings with a breadth and intensity that stirs the soul. On her debut LP, she offers songs touched by subtle reggae rhythms and classically fresh R&B. With a warm alto that sometimes conjures Lauryn Hill, Mahal delivers standouts like “Can’t Call It Love,” a “Rolling in the Deep”-style rouser that audaciously references Aretha and actually pulls it off. Stunner “Shards” serves an evocative and strangely comforting chill amid references to “kissing in the snow” (what could be more bittersweet?), while “It’s Down To You” shows Mahal at her best and leaves a lasting impression, just like this entire album. 4/5 –CAMILLE COLLINS 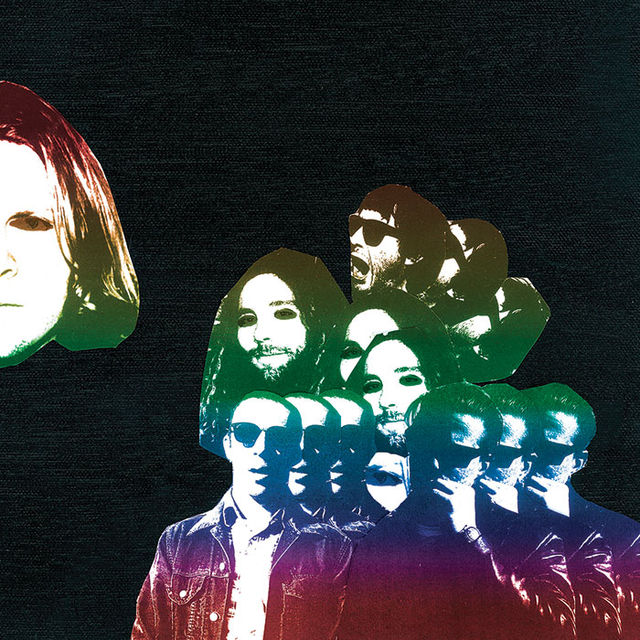 Ty Segall devotees will be happy to know that they’ll be getting plenty of bang for their crumpled buck with Freedom’s Goblin, a 19-song rocker packed with Segall’s trademark garage fuzz and guitar wizardry. The songs are ambitious and sprawling—and as always, he doesn’t even try to hide his influences. “Cry Cry Cry” and “I’m Free” sound like long lost Rubber Soul classics. “Despoiler of Cadaver” is a talk-singing, head-bopping, wah-wah disco dancer. “My Lady’s On Fire” is Segall channeling Harvest Moon-era Neil Young before morphing into Elton John. In 2018, a 72-minute album of solo-indulgent, classic-era rock ‘n’ roll—impressive in some circles, a cry for editing help in others—can be fatal territory for most dudes. But Segall has mastered his craft without sacrificing his own distinctions.  4/5–NICKY PHELPS 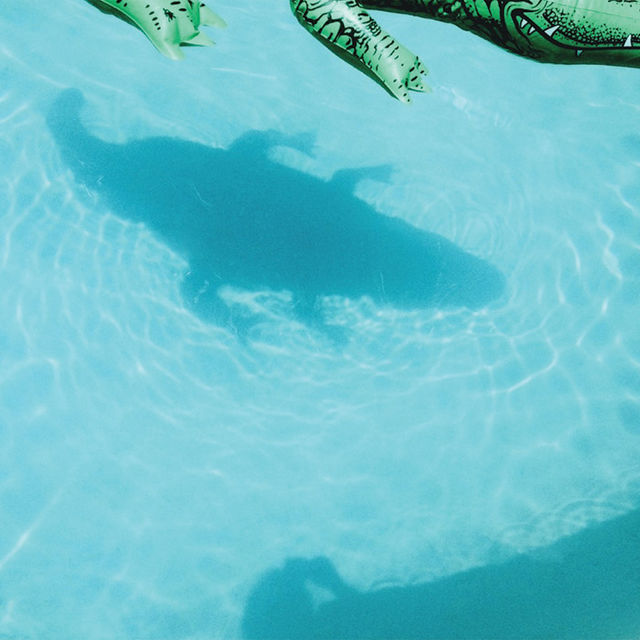 The Official Body, the third album from London/Glasgow post-punk outfit Shopping, is both relaxed and tightly wound. Complex guitar and bass lines groove within exacting rhythmic parameters—an undercurrent of low-key urgency keeps the party going, but no one’s getting sloppy. The shimmying funk of opener “The Hype” sets the tone for 10 songs that feel at home with late-’70s greats like ESG, Delta 5, Mo-Dettes, and Gang of Four. Deadpan vocals are traded off between members and lyrics are delivered like wry, anti-authoritarian manifestos. (“Control Yourself” instructs, “Name Yourself/Create yourself/Control yourself/And own yourself.”) “Wild Child” wins with danceable melody, while the melancholic “Asking For a Friend” stands out by letting the guard down a bit. 5/5 –EMILY NOKES 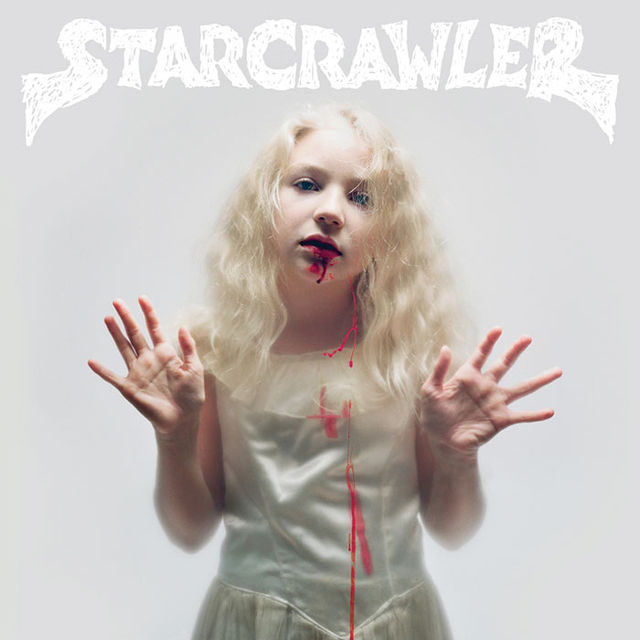 L.A.-based garage-rock outfit Starcrawler’s self-titled debut is a youthful blast of ’70s rock homage. Equal parts Iggy Pop, Runaways, and early Pretenders, the group—fronted by Arrow de Wilde, daughter of rock photographer Autumn de Wilde—has a headlock on heavy riffage that’s particularly powerful on the blistering “Different Angles” and lead single “I Love LA.” With fetishistically “stripped-down” (read: sloppy) production, and a few tracks where stylistic thrills win out over substance (like on the Nirvana-lite “Full of Pride” and Zep-esque ballad “Tears”), they’re not charting any new creative territory. But then again, originality isn’t really what garage rock is about anyway. Listen and get hyped to see Starcrawler play live—that’s where they’ll really win you over. 3/5 –Julia Bembenek 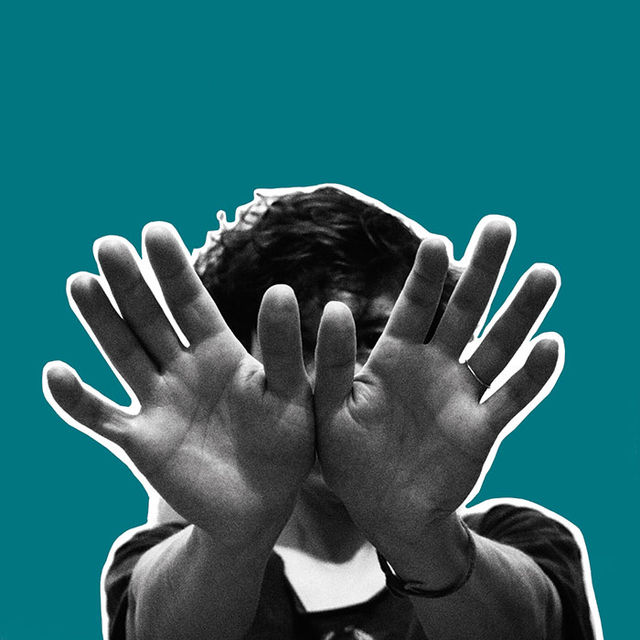 On I can feel you creep into my private life, Merrill Garbus and her collaborator Nate Brenner have applied their oddball inclinations to more political subject matter—race, environmentalism, and intersectional feminism. Some of the lyrical opacity that made earlier releases like Nikki Nack and w h o k i l l so compelling is gone here. In its place, however, are glittering synths, glitched-out vocals, and some of the most incisive songwriting of the Trump era. “I ask myself, ‘What should I do?’/But all I know is white centrality,” Garbus laments on “ABC 123.” And on “Colonizer,” she sings, “I cry my white woman tears, carving grooves in my cheeks to display what I meant/I smell the blood in my voice.” Is this tUnE-yArDs’ most fun record? No. Is it their most vital? Undoubtedly. 4/5 –SAM CHAPMAN

Party With BUST And Planned Parenthood This Valentine's Day

9 Songs To Help You Get Through The Midwinter Slump: Playlist