17 New Albums To Get Obsessed With Before 2017 Ends: Playlist

From our December/January print issue, take a look at our reviews of 17 albums from late 2017 that you don't want to miss, featuring artists like St. Vincent, Princess Nokia, Mavis Staples, and Tegan And Sara. Scroll down to listen to a playlist below. Subscribe to BUST to see all our music reviews in print, or buy BUST on newsstands. 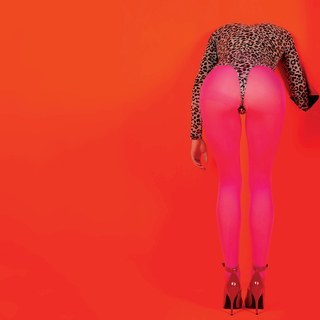 Following her eponymous 2014 breakout album, St. Vincent—aka Annie Clark—is back with Masseducation, a rumination on fame, lost love, and surviving the news cycle. Clark’s gifts of reinvention and self-interrogation secure comparisons to icons. With cheek and deceptive humor, second track “Pills” recounts the dilemma of prescription drug dependence, set to a robotic melody that conjures the Stepford Wives. Slowing down near the end with a call to “Come all you wasted/Wretched, and scorned,” the song becomes an anthem for misfits in the vein of Bowie’s defense of the children on “Changes.” Buzzing guitar and perfectly provocative lyrics—“Mass seduction/I can’t turn off what turns me on”—on the title track evoke a modernized Purple Rain; while “Sugarboy” considers desperation and loneliness, kicked out to a propulsive “Baby, I’m a Star” backbeat.

Two standout tracks cement Clark’s ability to frolic and groove while remaining heart touching and clever. The surface meaning of “Los Ageless” is easily grasped, but it’s the refrain—“How can anybody have you and lose you/And not lose their mind, too?”—that tugs with universal bereavement. “New York” is also a masterpiece, a heartrending ballad smudged dirty. (In this scenario, the beloved is the “only motherfucker who could handle” her.) Like the existential experience of living in N.Y.C., the song brilliantly expands from a meditation of the personal to the inexorable changes that affect us all. If not the natural progeny of David Bowie and Prince, on Masseducation, St. Vincent is at least a godchild. 5/5 –CAMILLE COLLINS 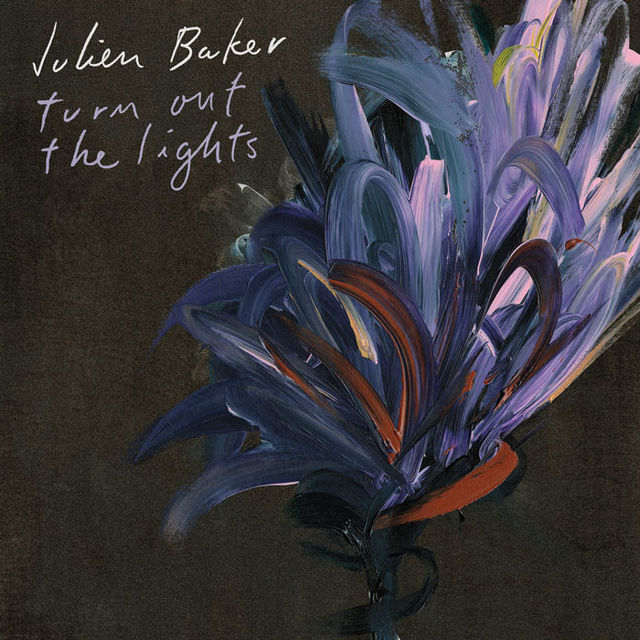 Julien Baker’s vulnerable side is again on display with the follow-up to her 2015 debut Sprained Ankle. Here, thanks to the addition of piano and a string section, there’s a more anthemic quality to Baker’s vulnerability. On the twinkly “Appointments,” Baker finds hope in unraveling her concerns about being a disappointment; on the plucky “Happy To Be Here,” she asks the listener to sing along as she argues whether she can ever change. Her somberness even begets hope on album closer “Claws In Your Back”—a compelling call to arms in which Baker screams about conquering her demons, somehow convincing you it really can be done. 4/5 –SHANNON CARLIN 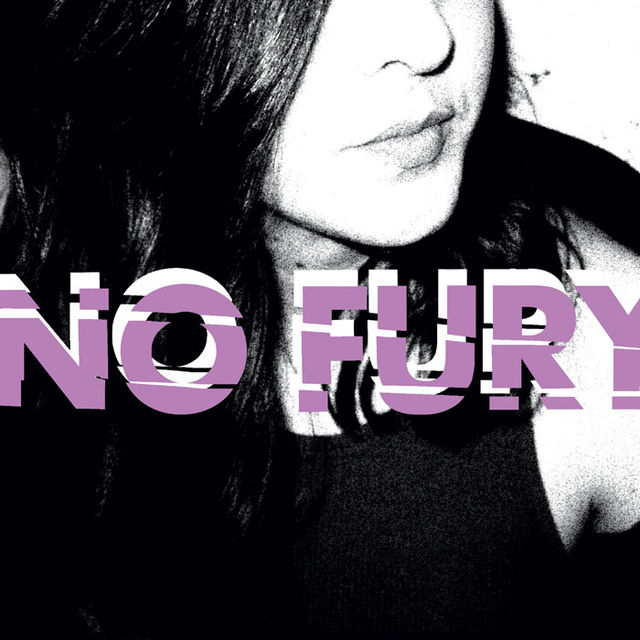 With a space-funk synth hook and punky guitar licks, “Ask Me To Stay” kicks off Jessica Boudreaux’s solo album with a bang worthy of a Gen-X indie movie soundtrack. The rest of No Fury proceeds in a similar vein. With compulsively singable break-up songs, Boudreaux (frontwoman of Summer Cannibals) and her producing partner Hutch Harris (the Thermals) have made an album that stands as a solid option for fans of speaker-blasting rock and pop anthems. Cue it up for highlights like the sexy slink of “Never Get You” and the bouncy "fuck you" of “Watch Me Walk Away.” 4/5 –JULIA BEMBENEK 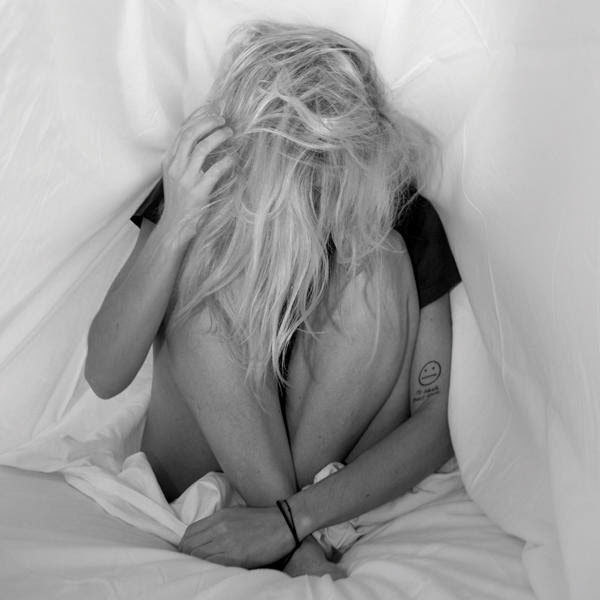 For their second album, Nashville indie group Bully slows things down while preserving their “fuck off” attitude. Losing maintains the booming guitar riffs and impassioned vocals of frontwoman Alicia Bognanno while exploring anxious disillusionment. Album opener “Feel the Same” illustrates the daily quest for meaning—“Cut my hair/I feel the same/Masturbate/I feel the same”—set to a metronomic beat before the panicked crescendo. On “Guess There,” Bagnanno croons, “It’s a new year/And you made it clear/That you don’t wanna see me/I don’t get it, but I don’t care.” Bully is the perfect soundtrack to your next existential crisis. 4/5 –KELLI EBENSBERGER

ELETTRODOMESTICO
If You’re a Boy or a Girl
(Self-Released) 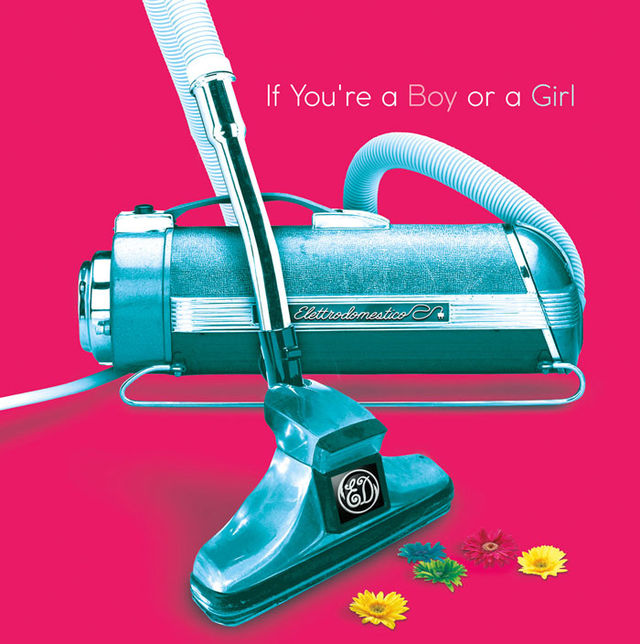 Elettrodomestico—aka Jane Wiedlin (the Go-Go’s) and multi-instrumentalist Pietro Straccia—whip up a spacey, beachy vibe with their debut album If You’re a Boy or a Girl. “Rabbit Stew” is a somewhat deadpan start, but it precedes a string of five potent songs, including the unexpectedly stirring “Aloha” and the dreamy “Stop, Drop & Swallow.” Of particular note are Wiedlin’s contributions—especially “Mail Order Bride” and closing track “The Next Night”—in case you’d forgotten just how influential she was to the Go-Go’s’ sound. Overall, the album is smart, boisterous, and sprinkled with surprises. 4/5 –WHITNEY DWIRE 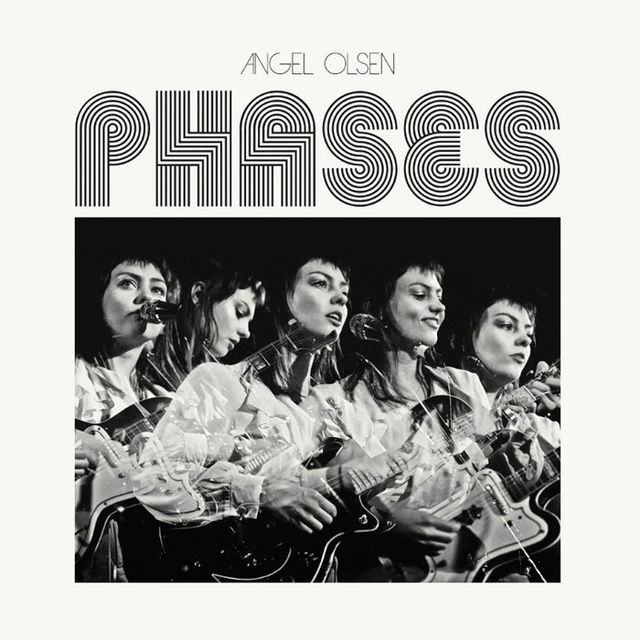 After storming the gates with her third studio album, 2016’s breathtaking My Woman, Angel Olsen is retreating long enough to show us how she got there. Comprising B-sides, rarities, and unreleased sessions, Phases is a peek into the singer-songwriter’s process: a haunting voice, a lonely guitar, and lots of raw, unadulterated space. Some songs are familiar (the Bandcamp-only “Fly On Your Wall” and both tracks from the Sleepwalker 7-inch), but the gentle roll of My Woman’s unheard “Special” or the home demos “Sans” and “How Many Disasters” make the album seriously irresistible. Phases is a gem for ride-or-die fans and newcomers alike. 4/5 –MOLLIE WELLS 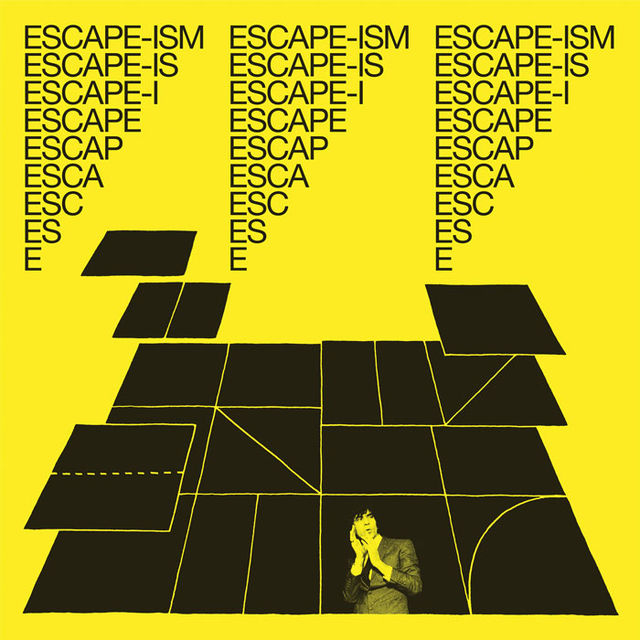 Ian Svenonius, of many a D.C.-based band (the Make-Up, Chain and the Gang, Nation of Ulysses), has released his first solo record under the name Escape-ism. He heavily commits to electronic drums, muffled guitars, and moody vocals for all 10 tracks; on two, he gets it right. “They Took the Waves” and “Walking in the Dark” have a good mix of those ingredients and are distinguishable from the others, with the latter being the best on the album. Elsewhere, the sounds of Introduction to Escape-ism become redundant, especially on “Almost No One (Can Have My Love).” 2/5 –KATHRYN HENSCH 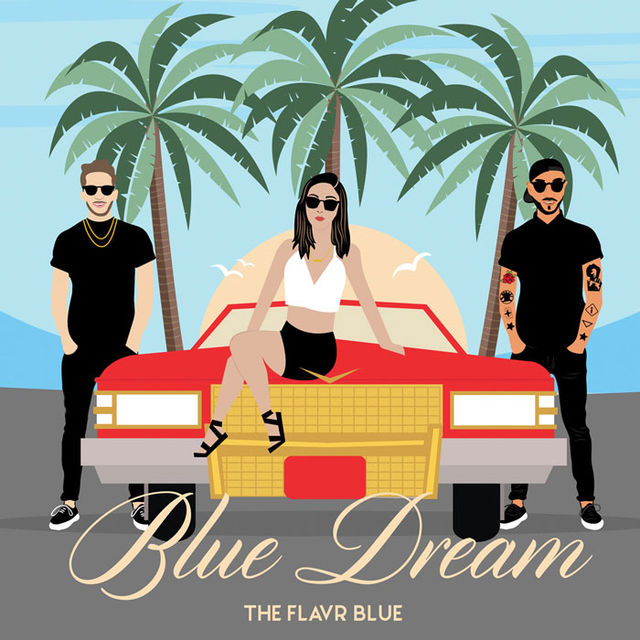 On the Flavr Blue’s sophomore effort, Blue Dream, chill vibes reign supreme. The project’s title is a nod to an infamous Cali strain of weed and the songs live up to the dreamy moniker. Cuts like the opener “Top Down” and “365” are pop radio-ready, while “143,” “Pocket,” and “Faded,” bring a woozier element. Other songs, like “Picture Perfect” and “Live It Up,” zone in on the Flavr Blue’s crisp take on electronic music, a sound they’ve managed to perfect this second time around. Summer might be over, but Blue Dream will keep you warm. 4/5 –KATHY IANDOLI

OCS
Memory of a Cut Off Head
(Castleface) 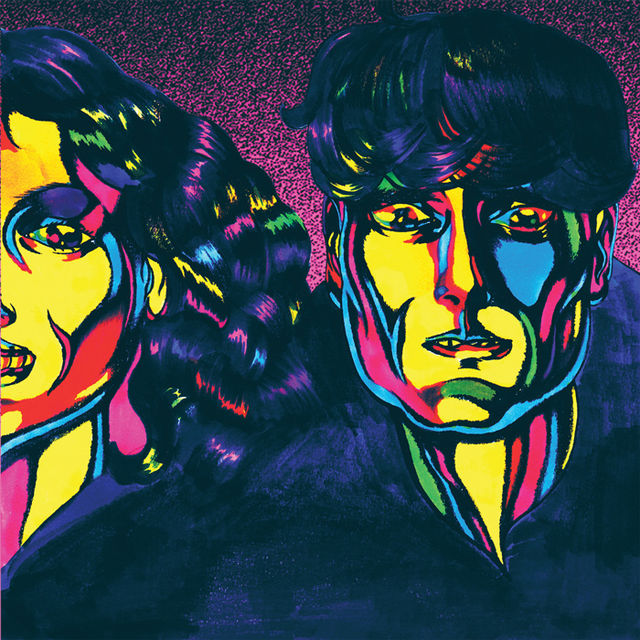 Also known as Thee Oh Sees and the Oh Sees, the prolific garage/psych project of John Dwyer returns to its very first name, OCS, for the band’s 20th album. Welcoming back longtime collaborator Brigid Dawson for co-writing duties, Memory of a Cut Off Head is mellow folk—another nod to their sound of yore. Soft guitar, delicate strings, and gentle harmonies are charmingly refined—especially on “Cannibal Planet” and “The Remote Viewer”—but flickering tempos, sinister lyrics, and extraterrestrial blips reveal something weirder. “On and On Corridor” could pass as the sorceress/troll duet in a trippy fairytale rock opera. And “The Chopping Block” is a touching, underworld ballad. 4/5 –EMILY NOKES 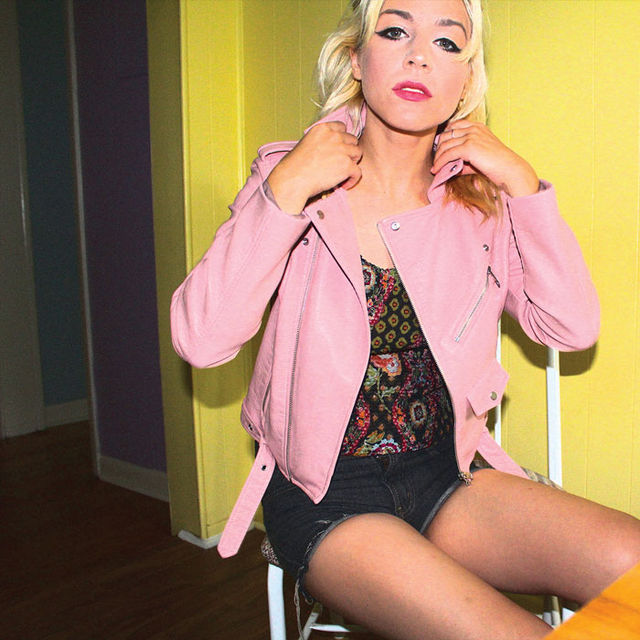 Americana singer/songwriter Sara Rachele’s sophomore release, April Fool, continues her ethereal take on the country vibe she laid down on her 2014 debut Diamond Street. Rachele’s angelic voice channels Tammy Wynette and Dolly Parton, and she has a gift for telling tales of hope and disappointment in classic troubadour fashion. Original material like “Tangled,” “Can’t Be Satisfied,” and “Missin’ My Baby” demonstrate Rachele’s insightful skills as a first-rate lyricist. If all that isn’t enough to love, there are also incredibly heartfelt renditions of the Beatles classic “If I Fell” and John Lilly’s “April Fool.” 4/5 –MICHAEL LEVINE 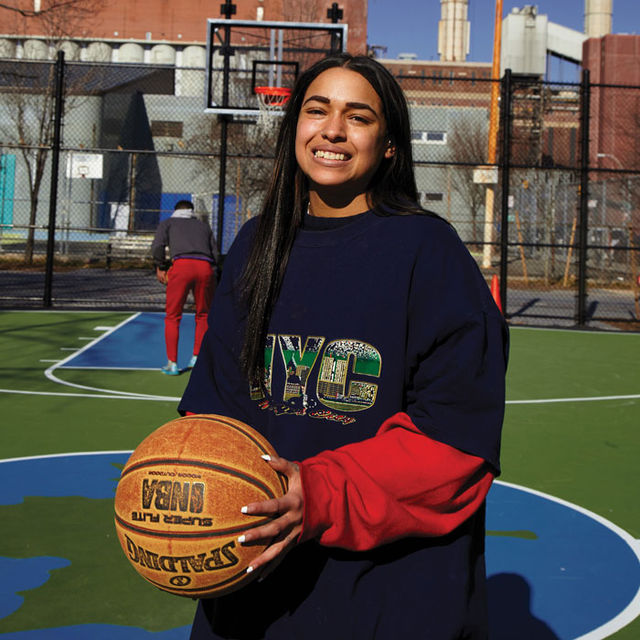 In 2016, Princess Nokia dropped off her bittersweet love letter to New York City in the form of a mixtape titled 1992. With eight new tracks tacked on, 1992 Deluxe brings more heat from an artist who knows what she wants and raps it into existence. While 1992 Deluxe brings all of the mixtape faves like “Bart Simpson,” “Tomboy,” and the killer “Brujas,” it’s the new cuts that seal Nokia’s fate. “ABCs of New York” sanctifies the Big Apple, while “Goth Kid” gets introspective and dark. Pause for “G.O.A.T” to truly understand why Princess Nokia is well on her way to becoming royalty. 4/5 –KATHY IANDOLI

THE SHE’S
“all female rock and roll quartet”
(Empty Cellar) 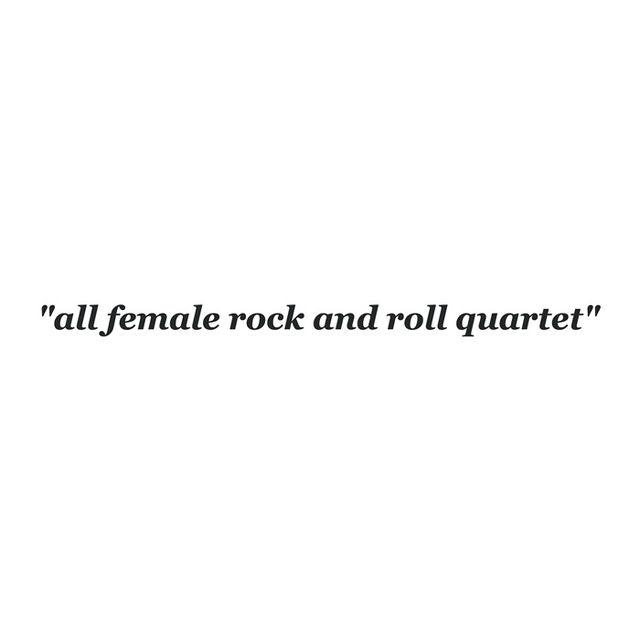 Hilariously titled “all female rock and roll quartet,” the second album from the She’s—a San Francisco-based foursome who have known each other since grade school—instantly takes a jab at the exhausting, gendered language surrounding female-identified musicians in the male-dominated music press. Enlisting help from tUnE-yArDs’ Merrill Garbus, the group distances themselves from the sunny, ’60s surf-pop of their 2011 debut with darker lyrics and heavier, experimental guitar layering. Songs like “Holly,” take lyrical cues from Whip-Smart-era Liz Phair, while the distorted wall of sound on “Sorry” echoes the raw pop sensibility of P.S. Eliot. 4/5 –BREE MCKENNA

MAVIS STAPLES
If All I Was Was Black
(ANTI-) 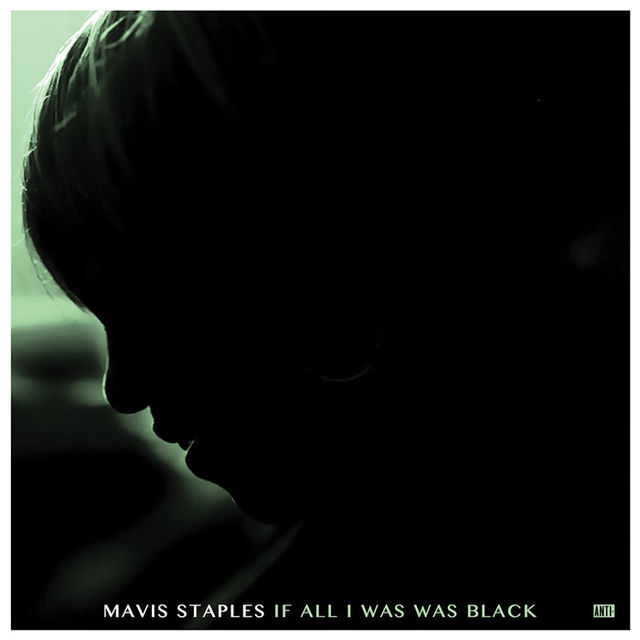 Mavis Staples’ voice transcends generations with a history that runs deep—for decades she has spoken her truth as a musician and as a civil rights activist. Interwoven with subtle guitar, backup gospel vocals, and drums, the minimalist soul-meets-country instrumentation—written for Staples by her longtime collaborator Jeff Tweedy (of Wilco)—puts all ears on the lyrics. Tracks like “No Time For Crying,” “We Go High,” and “Try Harder,” speak to the urgency of political change. In “Who Told You That,” Staples echoes the sentiment, “We don’t want to rock the boat,” but then asks, “Who told you that?” If All I Was Was Black calls on America to face its ugliness and its denial, and then fix it. 5/5 –CLAIRE MCKINZIE 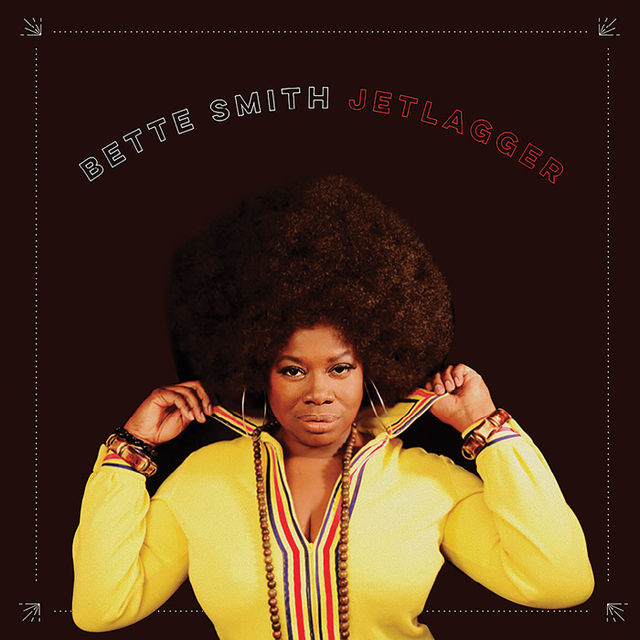 Bed-Stuy, Brooklyn-born singer Bette Smith combines the sounds of vintage R&B, funk, and gospel with contemporary pop/rock on her dynamic debut album, Jetlagger. Equipped with a wide-ranging, powerhouse voice (in the tradition of Tina Turner and Betty Davis, with nods to Macy Gray and Sharon Jones as well) and a take-no-prisoners attitude, Smith gives her all on soul-inspired originals like “Shackle & Chain,” “Manchild,” and “Durty Hustlin’,” as well as on several covers, including kickin’ renditions of Lone Justice’s “I Found Love” and “City In the Sky” by the Staple Singers. 5/5 –MICHAEL LEVINE 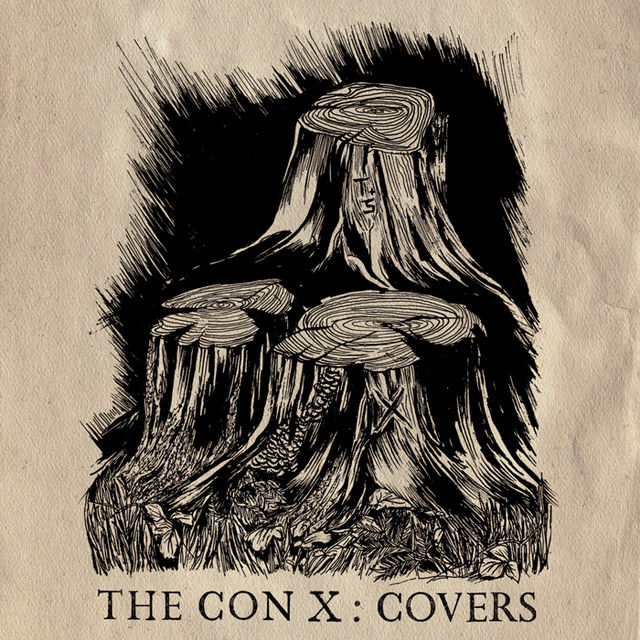 For their 10th anniversary, Tegan and Sara have gathered their friends in the LGBTQ+ community to reinterpret their breakthrough album The Con. The original album best sums up the sisters’ ability to articulately explore the two-edged reality of relationships, and these refreshed versions prove it to be a record that still rings as poignantly true as it did in 2007. Standout contributions come from the electronic swathes of MUNA’s “Relief Next to Me,” Mykki Blanco’s moody, percussive version of “Knife Going In,” and Hayley Williams’ stripped-back, stirring rendition of “Nineteen.” The Con X: Covers is an eclectic, significant celebration of one of pop’s greatest groups. 4/5 –SAMMY MAINE 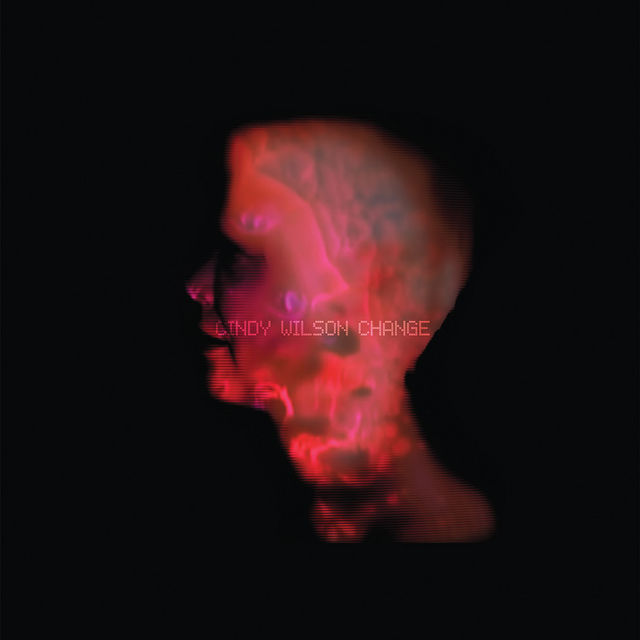 Yes, that Cindy Wilson. The B-52s icon has officially dropped a solo record, and it’s every bit as spunky and adventurous as you’d expect. Wilson plays with the parameters of electronic pop here—from the glitched-out house of “Change” to the smooth-as-hell FM Gold of “Sunrise,” every track shimmies through its respective reference points into a fresh atmosphere that feels just as good in your bedroom as it does on the dance floor. Sure, you could draw a through line to Robyn, or even Goldfrapp, but Change mostly shakes off comparison. This is pure Cindy. And she’s coming (back) for your heart. 5/5 –MOLLIE WELLS 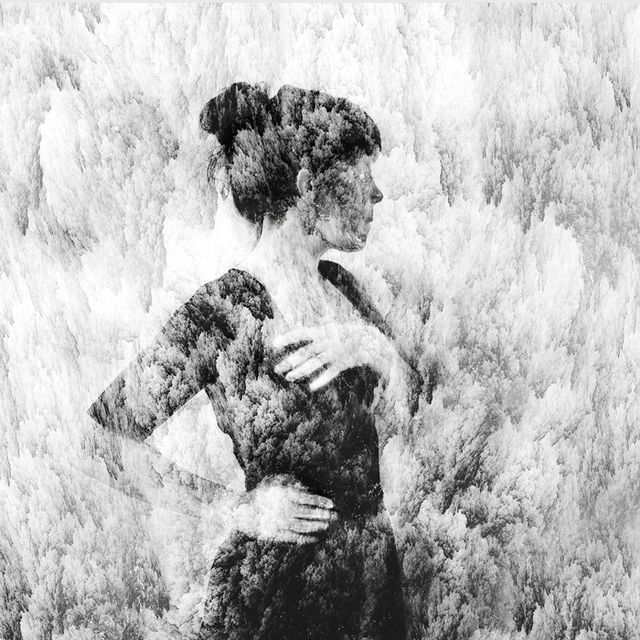 Lost in Light, the follow-up to singer/songwriter Sumie’s 2013 self-titled debut, is a collection of timeless lo-fi folk filled with enchanting melodies and poetic imagery. Her hypnotizing voice manages to be both sharp and delicate, and many of the songs are written in dizzying waltz timing, with gently plucked guitar and the occasional touch of strings or brass. With moody minor-key piano chords, meandering vocals, and a quiet horn refrain, “Night Rain” is a somber standout. And the evocative “Divine Wind” was inspired by a Swedish poem she translated into English. Ghostly, gorgeous, and mesmerizing, the entire album is one you won’t soon forget. 5/5 –CINDY YOGMAS