15 New Albums By Women You Should Be Listening To This October: Playlist

In every issue of BUST Magazine, we bring you reviews of the latest and greatest albums on our radar. Check out the most recent releases from our October/November 2017 issue right here, featuring new music from the Blow, Kim Boekbinder, Cold Specks, and more. We also made you a Spotify playlist where you can listen to all these tunes, which you can find below. 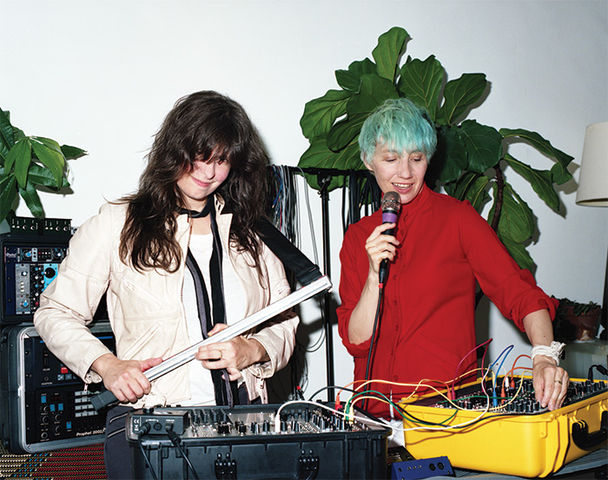 Khaela Maricich and Melissa Dyne have been dishing out electro bedroom-pop since 2001 (aka before everyone was doing it) as the Blow. Modular synths and classic samplers still abound, but Brand New Abyss, their seventh full-length album, trades in funkier grooves for a streamlined confessional approach. Eagles cover “Peaceful Easy Feeling” opens the album with a quirky, playful synth line that feels closer to “Under the Sea” than to classic rock, with Maricich’s hushed vocals passing along lyrics in subtle dissonance with the title. From there, the next few heartbreak-filled tracks offer atmospheric riffs that are clean and encapsulating, though the raw minimalism occasionally wanders into a dead end.

With the haunting “The Woman You Want Her to Be,” Maricich’s vocal prowess radiates with sharp accounts of the dizzying expectations set for modern women. And “Get Up,” released as a single, is another stand-out jam in the adventurous, innovative spirit that elevated their previous full-length, Self-Titled. Commanding and confident, Maricich condemns egomaniacs, airs grievances over high rent prices, and, despite being told that the Earth is through, decides, “I wanna come through, persist/form all my cells into the shape of a fist.” (4/5) – Kelli Ebensberger 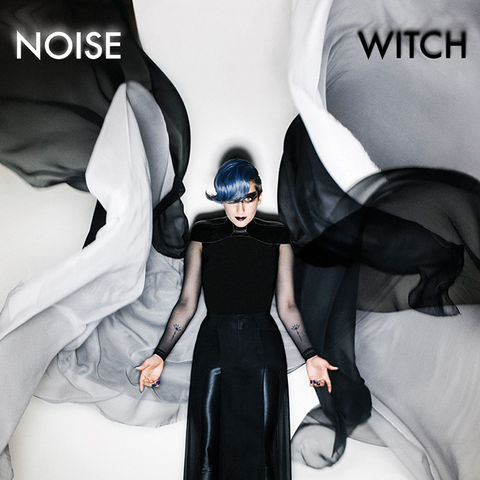 Self-described “pop occultist” Kim Boekbinder’s third album, Noisewitch, is a collection of queer/feminist anthems in bouncy electronic packages. Her songs deliver an appealing brand of ’80s synth-pop by way of 2017 (à la solo Kristin Kontrol of the Dum Dum Girls) often delivered with direct and entertaining lyrics on sex and self-love, affirming she is a very likely a student of The Teaches of Peaches. Opening track “HBIC” (Head Bitch in Charge) may set expectations for a batch of largely blunt and funny numbers, but Noisewitch casts the strongest spells on insightful jams like “Fractal” and “Nothing is True,” where the sensitive and tender tone still drives with a dance-y backbeat. (4/5) – Bree McKenna 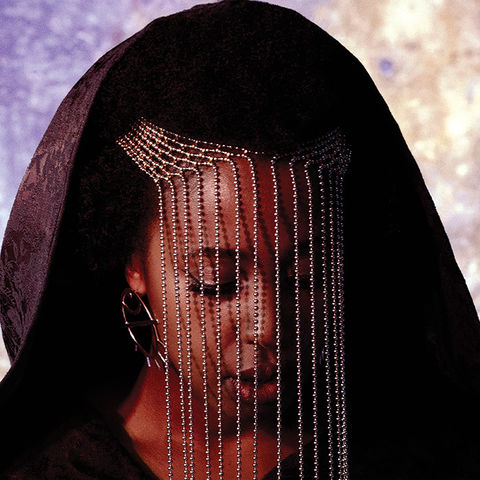 Toronto songwriter Ladan Hussein returns with her third album and perhaps most raw work to date. The Polaris Music Prize nominee faces the intimacy of self-reflection with glittering electronic layers and a vocal delivery that produces power in its vulnerability. There’s an earthly, measured tone that runs throughout, allowing Hussein to flourish in the album’s stripped-back, repetitive environment. The title track sees Cold Specks’ music incorporating the Somali language for the first time, while “Rupture” and “Ancient Habits” see Hussein bring forth an ’80s nostalgia with a deep, soulful groove. Fool’s Paradise is a gorgeous, sensitive exploration of identity and womanhood. (4/5) – Sammy Maine 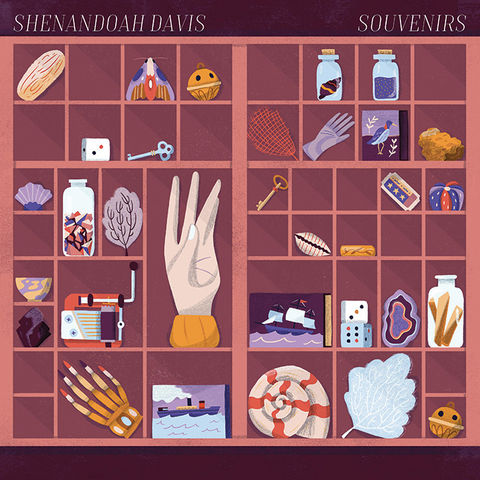 Shenandoah Davis is a pop star out of time, and with her third album, Souvenirs, she takes you on a journey through the past, only to end up in “The Future”—a dramatic string-laden finale that questions the expansiveness of the universe and our expanding consciousness. Davis channels Chopin on “East-Facing Window,” and puts her own spin on ’50s doo-wop with the twinkly “you don’t own me” anthem “Orbit.” On the orchestrally experimental “Tilden,” she sounds like she’s singing from a different planet altogether. With a voice like Davis’, anywhere she goes sounds like a good place to be. (5/5) – Shannon Carlin 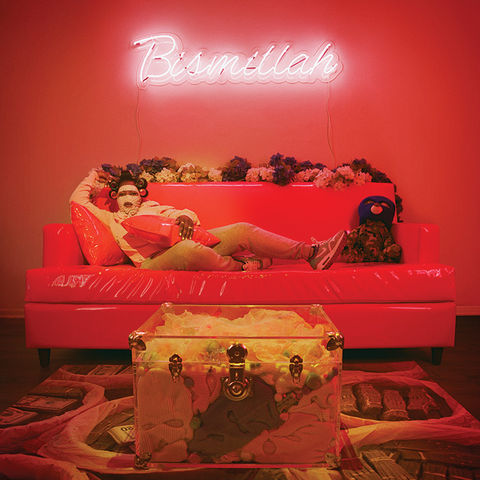 Intriguingly anonymous, Brooklyn’s Leikeli47 makes all public appearances with her face covered, usually by some form of balaclava. It’s not her face, race, or gender she wants you to focus on, it’s the music. Her debut full-length, Wash & Set, opens with the melodic “2nd Fiddle,” which showcases Leikeli’s talents in both singing and rapping, trading off verses of each over a catchy hook. Next up, “Miss Me” clicks with an infectious beat and the mantra “miss me with the bullshit,” followed by “Attitude,” which name checks powerhouses like Grace Jones and Beyoncé. In 14 tracks, Leikeli covers a lot of ground—from the sauntering “Braids tuh’da flo(w)” (an ode to her clique of badass females) to honey-smooth R&B jams like “Elian’s Revenge,” you’ll wanna stay right there with her. (4/5) – Emily Nokes 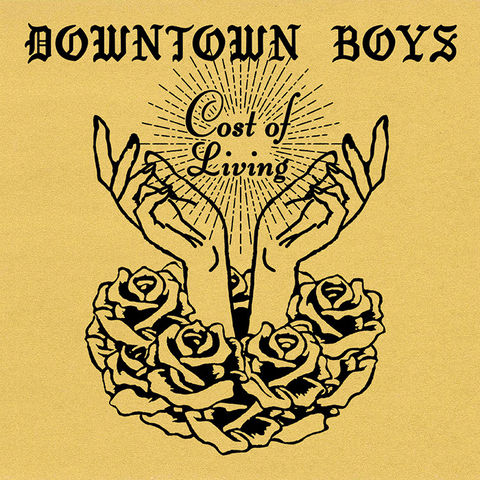 Cost of Living—the third LP from incendiary punks Downtown Boys—is exhilarating. Recorded in the first days of the current presidency and produced by Fugazi’s Guy Picciotto, this is their sharpest album to date. Less hardcore (but no less powerful) than their previous release Full Communism, song structures on Cost of Living are tighter; the bilingual bellow and searing lyrics of lead vocalist Victoria Ruiz are more in focus. “Somos Chulas (No Somos Pendejas)” buzzes with melodic discord, “Promissory Note” eviscerates white fragility, “Lips That Bite” triumphs with dance-inducing synth and the smoothest punk-sax solo to coexist in a song with lines like, “I cut the hand/that shakes the hand/that wastes my time.” (5/5) – Emily Nokes 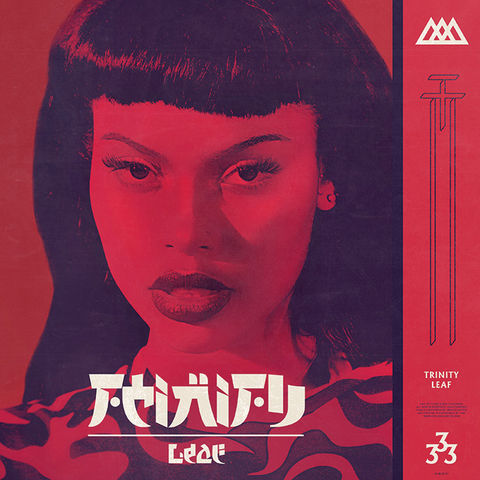 Brooklyn-based rapper Leaf reclaims the art of spitting hard-hitting, pointed rhymes that flawlessly entwine sultry harmonies on her debut LP, Trinity. Her brand of “counteractive future R&B” offers a female critique of relationships, fake friends, and the music industry, with beats reminiscent of fellow chingonas Rihanna and Snow Tha Product. Though she seems a bit hesitant to go all out in her verses, the melodies are intimate and smooth enough to contrast. Add the pulsing dance jam “Woo” and atmospheric trap melody “Nada” to your crew’s pre-game playlist ASAP. This album puts in the legwork to make sure it’s known that a new young queen is jockeying for the throne. (4/5) – Kelli Ebensberger 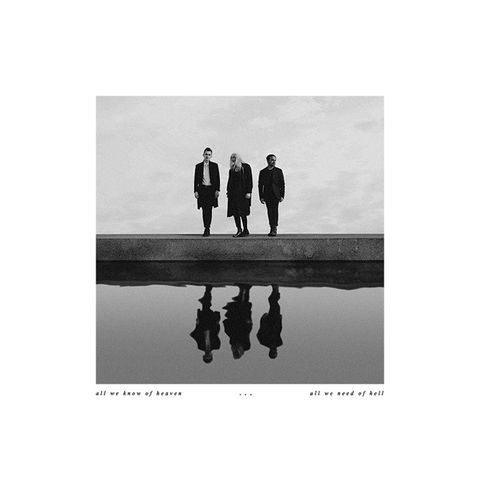 All We Know of Heaven,
All We Need of Hell

PVRIS returns with sophomore offering, All We Know of Heaven, All We Need of Hell, a project as charismatic and frustrating as the band’s debut, White Noise. “Anyone Else” is an inviting pop jam balanced by a hard edge, while “Winter” harkens to late-’80s power pop. In “What’s Wrong,” singer Lynn Gunn evokes high-school angst with the lyrics, “Just a goddamn corpse in a centerfold/I don’t need a metaphor for you to know I’m miserable.” Though Gunn sings with forceful ardor, the material isn’t worthy of her passion. Still, PVRIS exists in its own odd fairyland where industrial sludge offset by pop whimsy is reason enough to keep us looking and listening. (3/5) – Camille Collins 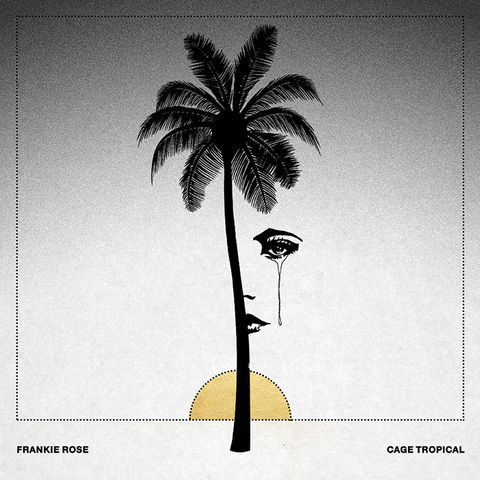 Frankie Rose has stated that her musical references aren’t always typical—she’s highly influenced by ’80s sci-fi movies. Cage Tropical echoes this influence to a T with twinkling guitars, ethereal synths, and lots of reverb. Album opener “Love in Rockets” feels like a liberating drive in a car with the windows down. Yet there is always this sense of misery lurking in the shadows. Songs like “Trouble” sound airy and atmospheric, but like much of Cage Tropical, it keeps you looking over your shoulder. (4/5) – Mary Kinney 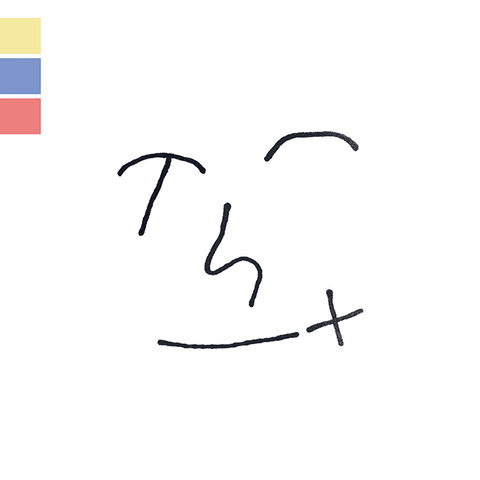 Lomelda’s latest album explores the melancholy of in-betweens. The work of folk-rock mastermind Hannah Read, Thx at once feels intimate and polished. Lush guitars create space for Read’s lilting vocals and artful lyrics to shine as if she were Vashti Bunyan’s long-lost granddaughter. “Interstate Vision” juxtaposes the mundane with the mystical; one moment she’s having a crushing relationship talk in a parking lot, the next an angel guides her home on a lonely highway. Whether you’re staring out windows on interstates going from one state to another, or traveling from one feeling to the next, Thx is a warm and introspective guide. (4/5) – Robin Edwards 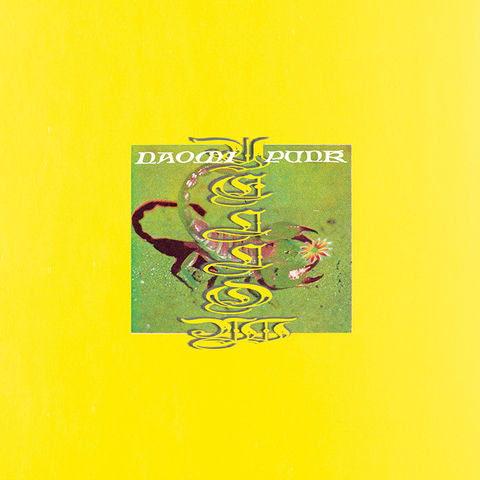 Naomi Punk is two guitarists and a drummer playing post-punk and garage-y style rock, but with unconventional song structures, a dose of experimentation, and a dab of psychedelia. “My Shadow” is an instrumental new-wave track that sounds as though it was intended to serve as background music in a scene from an after-school ’80s movie, while “Matroska” and “Taurus” feel like contorted explorations in synth and electronic music, respectively. Fans will find the majority of tracks on this double LP aren’t too removed from their earlier minimalist rock-based material, but Yellow sees the band deconstructing new styles and sounds. (3/5) – Krystle Miller 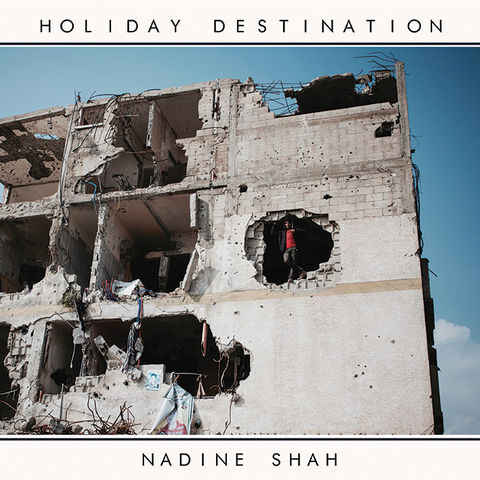 Nadine Shah’s third studio album, Holiday Destination, manages to channel every fiery emotion (from rage to rebellion) within its 10 tight tracks. Shah’s sultry, textured vocals ooze over cuts like “Place Like This” and “Yes Men.” The title track sums it all up with “the bad guys, they are winning,” while Shah places herself on the chopping block with “Evil.” Holiday Destination is immensely introspective, while somehow speaking to the world at large. Shah’s knack for weaving social commentary into beautiful music is a talent that few possess, especially evident on the woozy “Mother Fighter.” If Nadine Shah’s goal on Holiday Destination was to craft modern-day message music, then mission accomplished. (4/5) – Kathy Iandoli 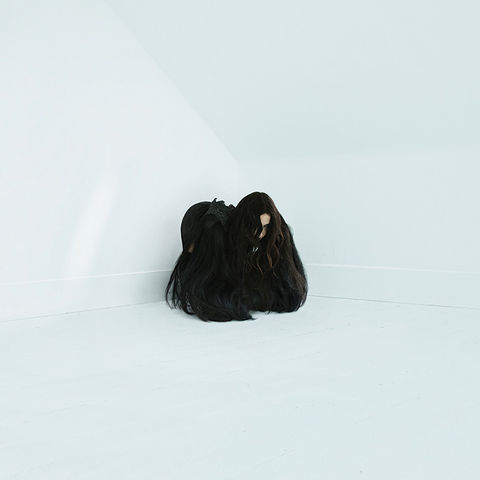 Chelsea Wolfe compares the making of Hiss Spun to an exorcism; if that excites you, you’ll love this heavy, richly crafted record. The gothic singer/songwriter recorded these distortion-filled songs last winter in Salem, MA, and they’re imbued with a certain witchy-ness. Bandmate Ben Chisholm’s field recordings of machinery and animals, and guitar riffs from Troy Van Leeuwen (Queens of the Stone Age) complement Wolfe’s haunting vocals. Her voice powers the pounding “16 Psyche,” rises with the slow-burning “Two Spirit,” and even flirts with death metal on “Vex,” with growls from Aaron Turner (Isis). Wolfe has made a dark record for dark times, like only she can. (4/5) – Liz Galvao 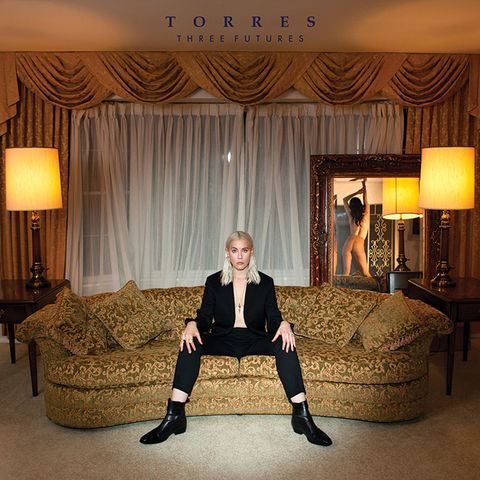 On her third LP, TORRES (aka Mackenzie Scott) meditates on the body and the space it occupies, both physically and metaphorically. Using lush syncopated rhythms, she marches into no-man’s land, quite literally, on opener “Tongue Slap Your Brains Out,” and grapples with the push and pull of desire on “Righteous Woman” with slow-burning intensity. The title track is Scott’s sweet and glitchy take on a Sliding Doors scenario, while the album’s closer “To Be Given a Body” is an eight-minute cacophony of body positivity. TORRES is on sensory overload here, making Three Futures more than a listening experience —  it’s a full-body one. (4/5) – Shannon Carlin 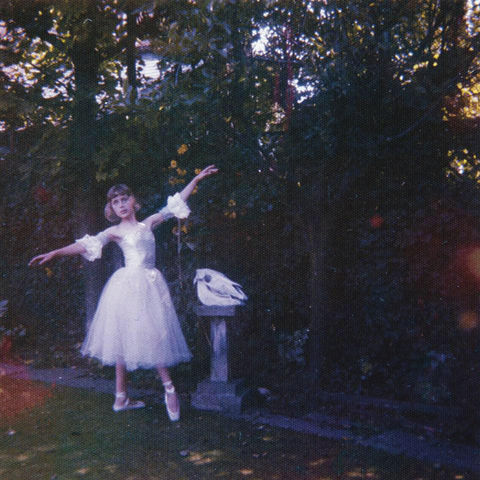 Visions of a Life

On their second album, Visions of a Life, London-based Wolf Alice continues the genre-mixing and experimentation that made its 2015 debut so much fun. This is thanks in large part to frontwoman Ellie Rowsell’s impressively adaptable voice, which can shift from breathy to throaty in the span of one song (“Don’t Delete the Kisses”) then morph into a full-on punk scream (“Yuk Foo”). The best tracks are the ones that mimic Rowsell’s changeability, as on the song “Formidable Cool” — it starts off casual and soft, then builds to a climax full of attitude and grit. (3/5) – Eliza Thompson

Mattiel's Debut Album Is A New Soundtrack For Kicking Ass

Tags: music review , the blow , kim boekbinder , cold specks , shenandoah davis , leikeli47 , downtown boys , leaf , pvris , lomelda , naomi punk , nadine shah , chelsea wolf , torres , wolf alice
Support Feminist Media!
During these troubling political times, independent feminist media is more vital than ever. If our bold, uncensored reporting on women’s issues is important to you, please consider making a donation of $5, $25, $50, or whatever you can afford, to protect and sustain BUST.com.
Thanks so much—we can’t spell BUST without U.