10 New Albums To Make The Soundtrack To Your September: Playlist

Here at BUST, we bring you music reviews every issue. Peep the most recent releases from our August/September 2017 issue right here, featuring new music from L.A. Witch, Zola Jesus, Domino Kirke and more. Plus, scroll down to find our Spotify playlist, and check out the rest of our August/September issue album reviews right here. 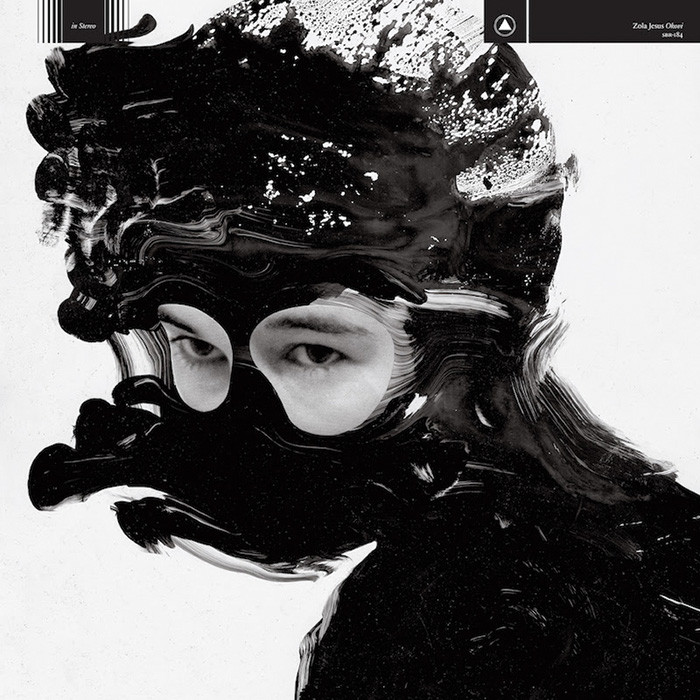 Okovi means “shackles” in Slovak, and the latest album from electronic phenom Zola Jesus (aka Nika Roza Danilova), is a wild, spiritual reckoning with all those things that keep us bound: bodies, duty, and death. Album opener “Doma” features a soothing, nearly New Age chorus of voices harmonizing over subtle synths that quickly throws listeners into the emotional tumult of the thunderous “Exhumed.” The album rarely takes a moment’s rest from there. Okovi marks Danilova’s return to the always-excellent Sacred Bones label, where she released much of her earlier work, also signaling a resurrection of her darker, heavier sound. The result is pure exhilaration. (5/5) – Melynda Fuller 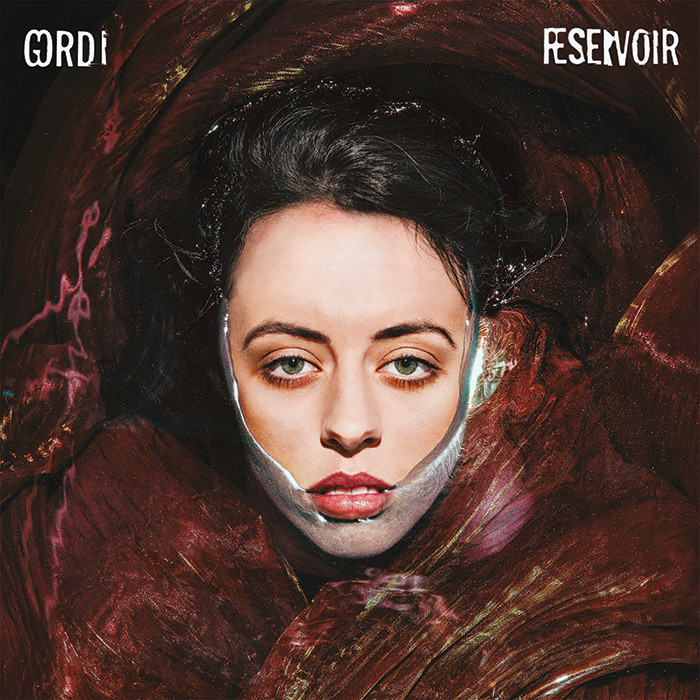 Reservoir, the first full-length release from Sophie Payten (the Aussie singer/songwriter also known as Gordi) is an album full of dreamy and dramatic songs with rich, resonant arrangements. Payten’s own home-brewed blend of indie rock, placid folk, and mellow electronic pop provides an appropriately eccentric backdrop for her exceptionally deep and dynamic voice. Songs feature unexpected flourishes, like a whispered voice counting off the rhythm throughout “Heaven I Know,” and vocoder-manipulated backing vocals on “Myriad.” Reservoir is an impressive debut album, a work of raw self-expression and honest emotion. Payten’s stories are worth telling—and hearing. (4/5) – Cindy Yogmas 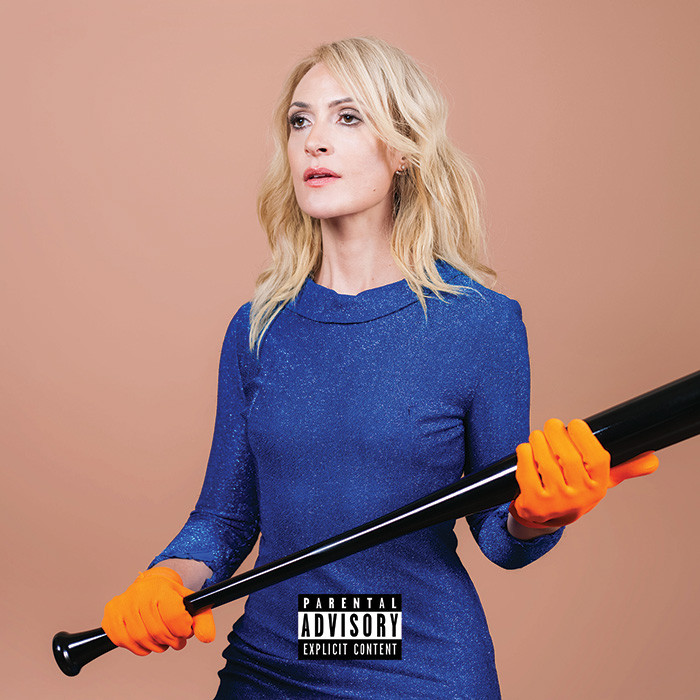 Emily Haines, of Metric and Broken Social Scene, releases her second solo album with Choir of the Mind. The sound is shaped by Haines’ goal “to express...a pure feminine spirit.” Is it a feminine thread that makes the lightly Bossa Nova-tinged “Statuette” wash over you like a soothing wave? Either way, it works. Other numbers, like “Perfect on the Surface,” dive into the ethereal, making for the ideal soundtrack to a sleepy summer afternoon. While some songs (“Legend of the Wild Horse”) may drift from dreamy to snoozy, overall, Haines’ debut will leave you feeling refreshed. (3/5) — Camille Collins 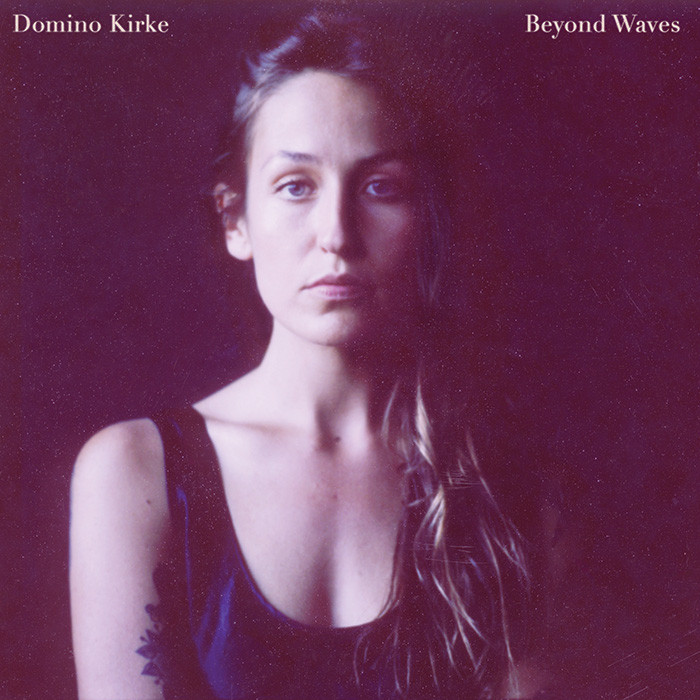 Domino Kirke might just be one of 2017’s breakout artists. The Brooklyn-based singer/songwriter gives birth to new music on her first full-length album, Beyond Waves. This collection of folk-pop melodies takes inspiration from the experience of motherhood, both her own (Kirke has an eight-year-old son), and those she’s encountered in her work as a professional doula. On “Happy No Happy,” Kirke croons, “She’s stuck on the edge of the world,” against a dark, haunting melody. Yet, despite the sorrowful tone, you’ll be eager to hear more. Kirke’s newest record is not always upbeat, but it’s well worth a listen. (4/5) – Stephanie Nolasco 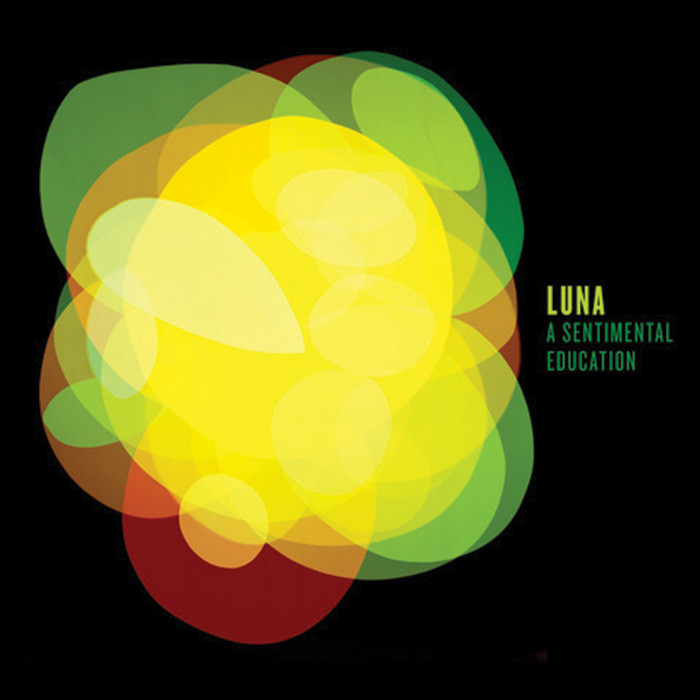 Good news for fans of ’90s indie-pop: Luna has put out their first new material in over a decade, with a new LP of covers (as well as a simultaneously released EP of instrumental music). The album’s title, Sentimental Education, seems to refer to the band’s musical education, with covers of songs from acts like the Rolling Stones, Mercury Rev, and Bob Dylan. Luna’s bittersweet cover of Fleetwood Mac’s “One Together” is endearing, and the refrain “Happy all the while/Now that we’re one” seems reflective of the band’s unexpected reunion, as does their dramatic cover of the Velvet Underground’s “Friends.” We hope it’s a reunion that sticks. (4/5) – Adrienne Urbanski 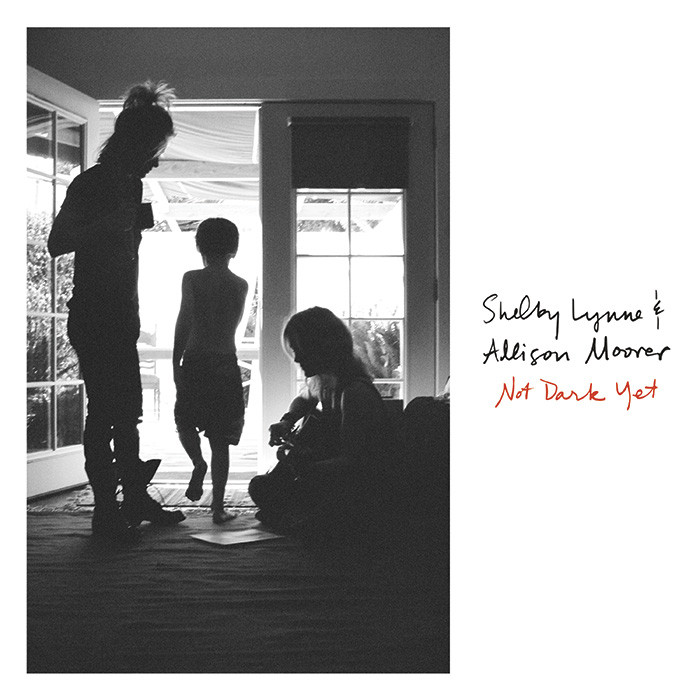 After years of promising to collaborate, sibling musicians Shelby Lynne and Allison Moorer have finally recorded an album together. The Moorer sisters have chosen songs that complement their individual musical tastes, solo vocal talents, and harmonies. Their eclectic choice of writers ranges from the traditional Americana country of the Louvin Brothers’ “Every Time You Leave,” and Merle Haggard’s “Silver Wings,” to Nick Cave’s classic love ballad “Into My Arms,” to Nirvana’s “Lithium,” and back to outlaw country queen Jessie Colter’s “I’m Looking For Blue Eyes.” This fabulous and long overdue collaboration is hopefully the first of many for this stellar sister act. (4/5) –Michael Levine 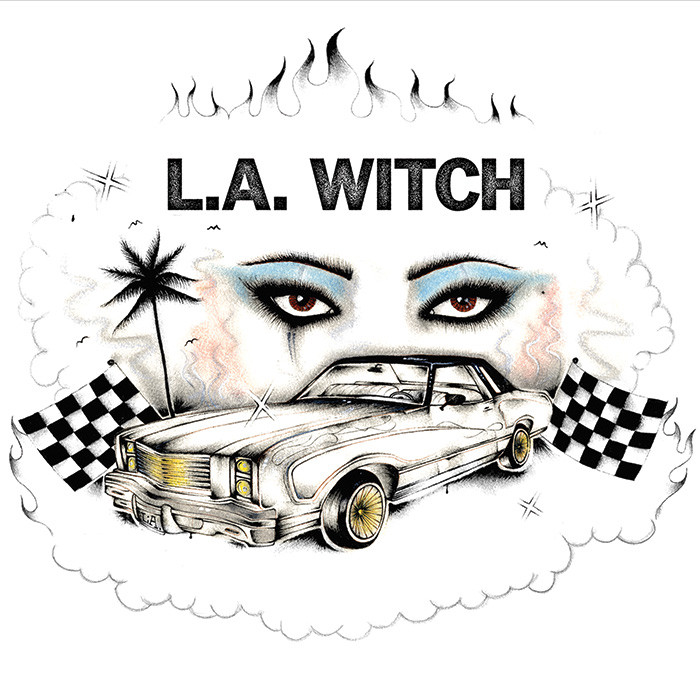 Ever since they released their three-song EP in 2014, we’ve been wanting more from L.A. Witch, and the trio’s self-titled debut album is deeply satisfying. The all-female band is, naturally, based in Los Angeles, and their music is pure desert rock, equal parts spaghetti western and Black Sabbath, and loud enough to fill a canyon. The previously released “You Love Nothing” is tighter here, and just as gritty an ode to a no-good lover. Meanwhile, new tracks like the sprawling “Baby in Blue Jeans” and the slow-burning “Brian” display a new depth of songwriting. Let L.A. Witch take you on a trip. (5/5) –Liz Galvao 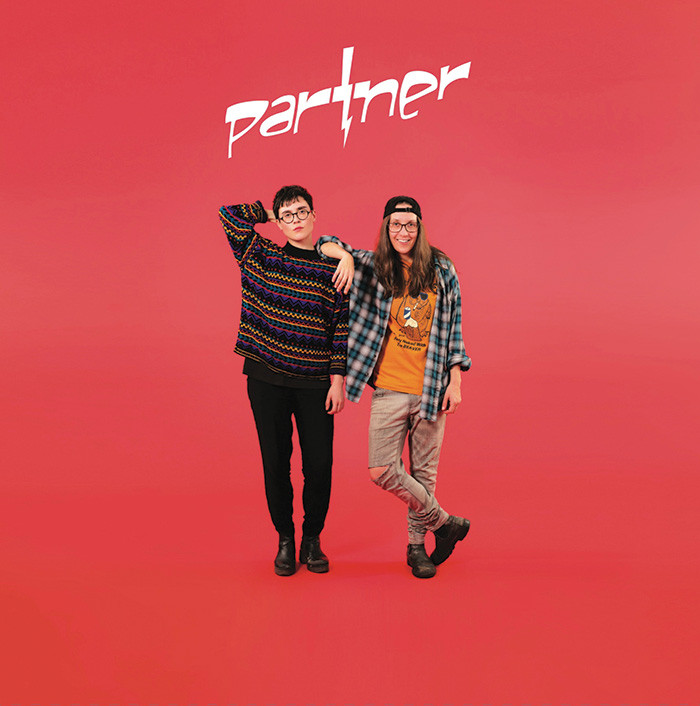 Partner’s debut album In Search of Lost Time is a Canadian home run. Describing themselves as “part musical act, part teenage diary, and 100 percent queer,” Josée Caron and Lucy Niles take a wild adventure into ’90s rock with a collection of robust, tightly polished songs interspersed with funny skits. The first obvious comparison is to Veruca Salt, though there are many to draw, from Tom Petty on “Gross Secret,” to Melissa Etheridge on “Sex Object.” Partner goes hard on “Ambassador to Ecstasy” and gets soulful on “Creature in the Sun.” Another standout is the excellent “Play the Field,” though the album is outstanding from start to finish. (5/5) – Whitney Dwire 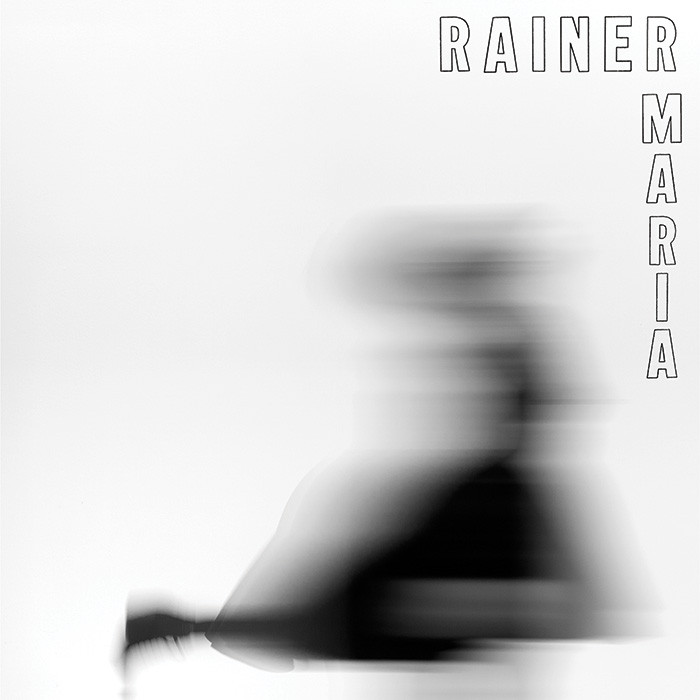 While the world has changed quite a bit in the 11 years since Rainer Maria’s last album, the band’s ability to create bar-setting emo rock has remained the same. The trio returns with S/T, an album whose title has a playful double meaning; the record both is and isn’t self-titled. All nine tracks were worth the wait. Highlights include “Lower Worlds,” “Possession,” and superb opener “Broke Open Love.” The band has modernized their sound slightly, but has overall stayed true to their roots, making S/T an album that manages to be simultaneously nostalgic and brand new. That’s a duplicity we can support. (5/5) –Kathryn Hensch 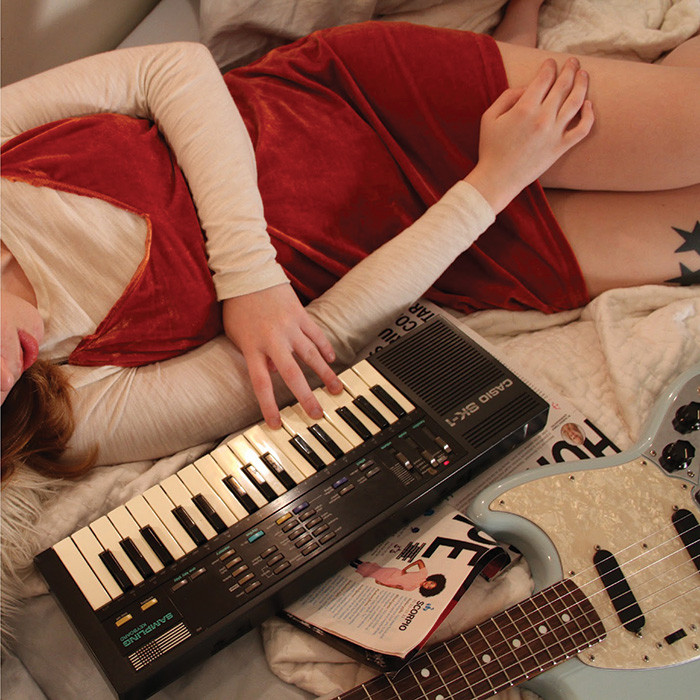 Soccer Mommy, aka Sophie Allison, is not a girl, not yet a woman, on her mini-album Collection. In just 30 minutes, the 19-year-old NYU student gets to the heart of the emotional crossroads of her late teens, when everything feels bigger than one’s self. That’s paralleled by Allison’s music, which was recorded in her bedroom, yet sounds ready for a much grander setting. On “Death By Chocolate,” she gets at the sinfulness of desire, while on sad strummer “3 AM at a Party,” she lets the one who got away know he deserves better: her. Soccer Mommy’s bittersweet pop deserves a bigger audience. (4/5) –Shannon Carlin

11 New Albums To Put On Repeat This Summer

Lizzo's "Water Me" Is Your New Self-Love Anthem