Kinderwhore And Courtney Love: A Retrospective 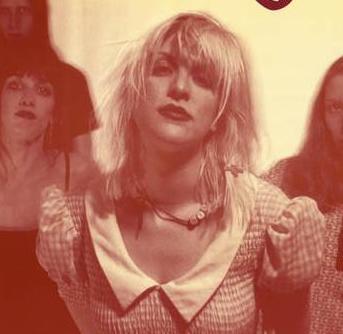 I have a funny memory of being 14 in an Express Peter Pan collar dress, standing on my Sailor Moon bedset, screeching weird poetry. Sure, I had been inspired before during my elementary school Robin Hood peasant blouses and archery phase, begging my mum for Celtic jewelry at the Renfaire. Feeling very profound in my newfound angst when my middle school wiles kicked in, the world suddenly felt less whimsical. Consequently, my teen development happened at the peak of “grunge” on ‘90s Gen X MTV, much to the dismay of my mother.

Soon after Kurt Cobain's death, Courtney Love’s label released Live Through This. Her husband’s death was the most ironic and unfortunate promo for Hole’s sophomore album, but perfect timing in my juvenilia. I had just gotten a bass for Christmas, inspired by D'arcy of Smashing Pumpkins; no more Maid Marian for me! Grunge, as a reaction against sugarcoated pop music, was major for the music industry. The women of alternative rock were oddly educational, singing abou subjects not limited to love. Topics including girl hate, jealousy, rape, oppression, depression, getting high, getting laid, the dark side of religion, and so on made their way to larger audiences than ever before.

Hole particularly intrigued me. I also discovered Babes in Toyland, lead by Courtney’s once BFF and former Pagan Babies bandmate, Kat Bjelland. They were iconic compared to other female musicians who were “like one of the boys,” or soft and Lilith Fair sweet. The femme fury of "kinderwhore" was more than a fashion a la baby barrettes, messy hair, red lipstick, Mary Janes, and ripped tights. Even aesthetic can be an underlying expression in art, and it only took a few interview reads to see these tomes of influence. The girly/grotesque juxtaposition of kinderwhore existed in previous artistic ventures, crossbreeding references to Valley of the Dolls, Tennessee Williams’ Babydoll, confessionalist poets Plath and Sexton, and a pinch of punkette a la Lydia Lunch.

In retrospect, "kinderwhore" was a strange trend to be into as a virginal teen. As the glamorized girl demon of the self-destructive grunge artist, kinderwhore mixed the dark side of womanhood and the complex personas a young woman takes on, raw and disturbing as it was. Cindy Sherman’s photography of mangled dolls used for Babes in Toyland's metal-damaged Fontanelle album is a great example of this, as is Nabokov's Lolita, the original "kinderwhore," due to the taboos within the novel. The age in which a girl is not yet a woman can create real monsters and victims, sometimes on the same side of the fence. 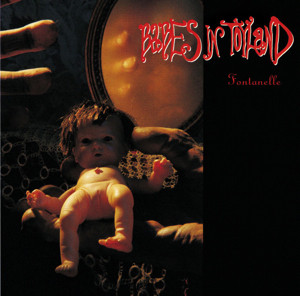 Courtney received comparisons to Nancy Spungen, reduced to dope-head groupies accused of dragging rockstar lovers into addiction and death. Courtney Love as an artist was often ignored, subjected to harsh scrutiny by the public and community, but, imperfect as she is, I adored her bravery. Regardless of looming criticism, she always remained unabashedly herself, honoring her loud, angry, sad, slutty and sassy selves. Maybe she did take a women's study of the abused female psyche, mix it with punk, and make it consumable for CDs and concerts. But there remained an important attempt to rise above what it is to be a girl too familiar with the dark side of depression, escapism, betrayal, tragedy, jealousy, male predators, and more.

Musically, Courtney was influenced by a variety of sounds, even if Hole was easy to label "grunge." Hanging around the New Wave scene in the '80s and living in California around the legacy of LA punk is a huge part of Courtney’s history. Determined to make her own music, Hole’s first record, Pretty on the Inside, was produced by Sonic Youth's Kim Gordon, a raw art punk release. Hole’s Live Through This remains one of the better records of the early '90s and is considered by many a major release for women in rock history.

Art is often an expression of someone's reality, or perception of it, and womanhood is a fucked-up fairy tale for some. Kinderwhore was just a small phase of Courtney Love’s intense journey through life, love, and loss. However, she gave visibility to this often-ignored part of the femme psyche and placed it into pop culture. Admittingly, I receive much joy when she randomly pops up here and there: Meadham Kirchhoff paying homage to the "kinderwhore," Courtney Love creating angsty teen girl drawings for art shows along with friend David LaChapelle's portraits of her, or Love talking about how Marlon Brando might have been her grandpa. Courtney Love created not just themes in music, but branded herself, pop-culture packaged with catchy riffs, lamenting mistreatment, challenged by discouragement, all while holding both hopeful and bitter anthemic wishes to “be the girl with the most cake."

Top image: Detail from "Live Through This" promotional poster

Courtney Love Discusses Nirvana, Rage, And Not Being Crazy

Courtney Love's #AlternativeFacts Are Better Than The GOP's