Harsh Crowd Is A Riot Grrrl Band For A New Generation 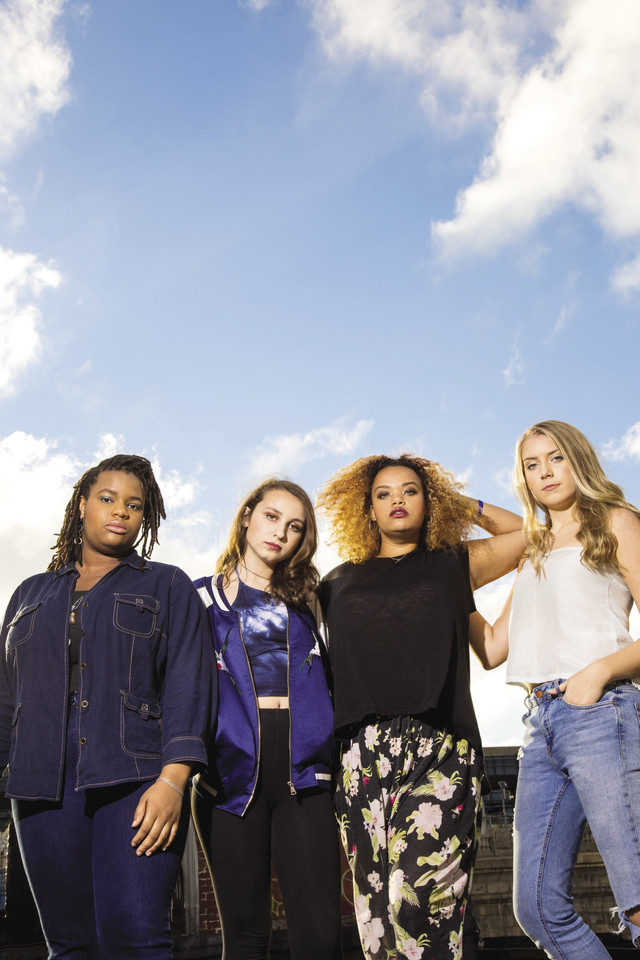 The music world would be wise to take Harsh Crowd seriously—these high-school girls are not messing around. Band members Rihana Abdulrashid-Davis, Lena Faske, Dea Brogaard-Thompson, and Willow Bennison already have two EPs under their belts and have opened up for big indie acts like Mac DeMarco, Mirah, Sharon Van Etten, and Hurray for the Riff Raff. Along the way, they’ve racked up praise from New York Magazine, The New York Times, and Vice.com.

But the highest compliment paid to these loud and proud feminists so far was when they were asked to open for riot grrrl queen Kathleen Hanna’s band the Julie Ruin this past November. They were a smash hit. Bringing their high-energy set of melodic pop punk to the stage, their performance reached a crescendo when lead singer Willow belted out the chorus of their 2015 single, “Don’t Ask Me.” “I’ll show you what I’m really made of, show you what I really am,” she proclaimed, and the audience went wild, embracing this next generation of riot grrrl rockers with open arms.

So far, the band is taking their success in stride, though they don’t always relish the attention they receive as rising stars. “A couple of boys in my class were like, ‘Oh my gosh, it’s the lead singer of Harsh Crowd! The lead singer of Harsh Crowd sat next to me!’” Willow jokes, but her bandmates agree that fame definitely has its price. “It feels weird to have the judgment of all the teenagers in your life,” Dea, the band’s guitarist, chimes in. 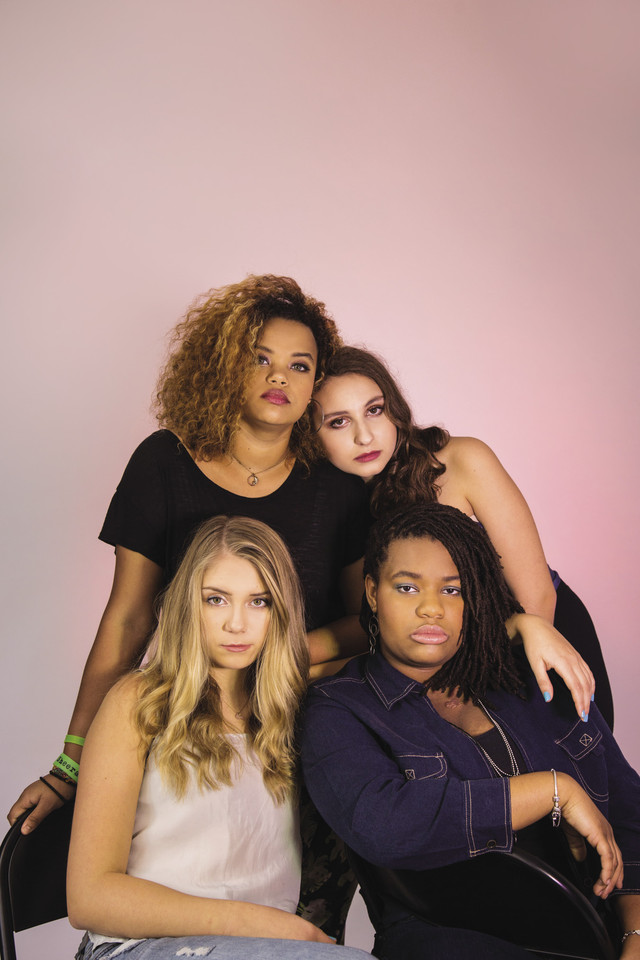 Willow, Dea, Rihana (all 14), and Lena (15) met at Brooklyn’s Willie Mae Rock Camp for Girls in 2013. After quickly hitting it off, they realized how well they worked together, and they continued meeting for weekly rehearsals at the camp’s headquarters after summer ended. When asked who they write their music for, Lena surprises me. “We write for each other,” she says. Dea agrees. “We write what we want to listen to,” she says, “and it’s kind of by chance that other people want to listen to it as well.”

Their latest EP, Better, shows the band’s evolution from 2015’s Don’t Ask Me. “We wrote most of Don’t Ask Me when we were 11,” drummer Lena explains. Then Willow points out that the formative years from middle to high school also affected the band’s outlook. “We’ve developed as people, and we have a wider view of the world and what it’s like to be human beings, so our songs are a lot more complex,” she says. “We’ve also grown our bond, so I think we’re tighter. We’re altogether a different band.”

In three years, the band has also grown their repertoire. “With the second EP, we had the luxury of getting to pick what we wanted to go on it, because we had so much material. So we made sure it was the exact songs we wanted. Everything that’s on there is the best of what we have,” Dea says, beaming. “The really awesome thing is that we took so long writing it, recording it, and perfecting it, that it really represents where we are in this moment.”

Driving Harsh Crowd’s success is a work ethic that would put most adults to shame. Rihana, the band’s bass player, has been playing piano since age four. “I wanted to play every other instrument,” she says, “but my mom made me start with piano.” From there, she just didn’t stop. “In school, I have orchestra, then I have the band on Saturdays, and jazz academy on Sundays,” she says. Lena also studies music during the week. “In school, I learn the more educational part of music, but then I get to take it out during the weekend with the band, have fun, and get creative.” Dea studies music production at her school, and Willow boasts some Scholastic writing awards.

Clearly, these girls have bright futures ahead of them. But when it comes to what's in store for Harsh Crowd, they’re not trying to force it. The band knows that graduation is looming, and after that, anything can happen. “One year in teenager life is like a bajillion years in regular life, so it’s really hard,” says Dea. “Like, I don’t even know what I’m doing tonight!”

10 Songs You Loved In The 2000s That Show Internalized Misogyny

Bob's Burgers Is Dropping An Album And St. Vincent Is On It!

Princess Nokia Stands Up To Sexism At Cambridge University Show

Tags: Harsh Crowd , music , pop punk , riot grrrl , girl group , girl band
Support Feminist Media!
During these troubling political times, independent feminist media is more vital than ever. If our bold, uncensored reporting on women’s issues is important to you, please consider making a donation of $5, $25, $50, or whatever you can afford, to protect and sustain BUST.com.
Thanks so much—we can’t spell BUST without U.