Teen Rockers The Regrettes Are Coming-Of-Age On Stage: BUST Interview 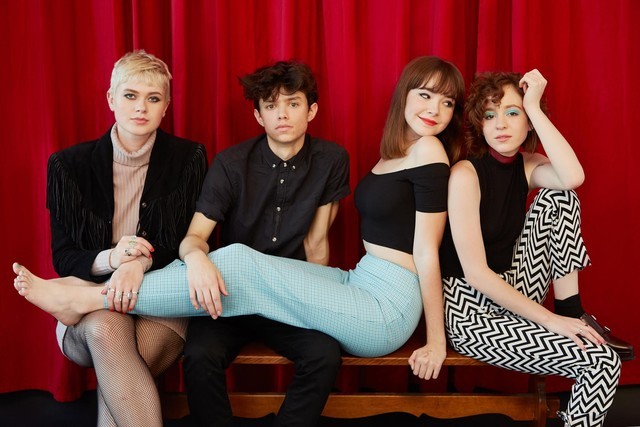 With a ’90s pop/rock attitude and a vintage style reminiscent of the ’50s and ’60s, the Regrettes is a teenage band made up of kids who are clearly wise beyond their years. Hailing from L.A., the foursome includes 16-year-old frontwoman Lydia Night, 19-year-old Genessa Gariano on guitar, 19-year-old Sage Nicole on bass, and 18-year-old Maxx Morando on drums. And together, they create a sound that is vulnerable while still giving zero fucks. “I grew up listening to tons of ’50s and ’60s music. Buddy Holly, Patsy Cline, the Crystals,” says Night, “and I’m super inspired by ’90s girl bands like Bikini Kill and L7.”

Call them pop punk, call them garage, call them rock ‘n’ roll — they’re not concerned with labels when their real goal is delivering a message that matters. “I want to reach the people who don’t love themselves enough, even though they deserve to,” says Night. “You have to like yourself enough that someone not liking you won’t get to you. I want people to know that standing up for what you think, especially if you’re a woman, does not make you bitchy or bossy. Don’t let people shut you down.” 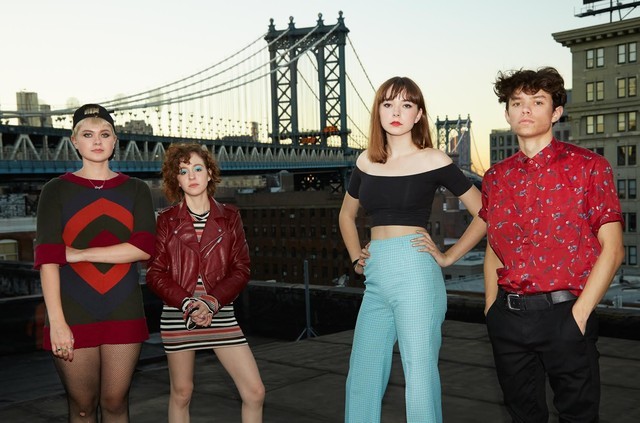 Feminist to the core, the Regrettes recently released the official video for their single, “A Living Human Girl,” a track that’s all about rejecting arbitrary beauty ideals. “I’ve got pimples on my face and grease in my hair and prickly legs go ahead and stare/An ass full of stretch marks and little boobs/A nice full belly that is filled with food,” Night croons, before getting real about periods, crushes, and other glories of growing up. “It makes me so frustrated when women are put in boxes and shut down, because we’re honestly told our whole lives to shut up,” she says when asked about the inspiration behind the song. “Men and women put themselves in boxes because they’re afraid of their own power. And people are really afraid of women in power. I just saw Beyoncé in concert and she said, ‘There’s no such thing as a woman who is born weak.’”

The Regrettes’ entire first album is filled with coming-of-age wisdom that extends far beyond the walls of high school. “I wrote the album during a really weird time,” says Night. “It covers a spectrum of moods. There are songs filled with anger, love, and confusion. It takes you on a journey that’s really cool.”

This video was shot at BUST's photoshoot:

Photos by Jena Cumbo; hair and makeup by Jessica Plummer
More from BUST
Boytoy Is A Kick-Ass All-Woman Trio You Should Be Listening To Right Now
Beyoncé Is Going To Be The First Black Woman To Headline Coachella