Lizzo Goes Glam And Gets Real In Our Fashion Editorial: The BUST Archives 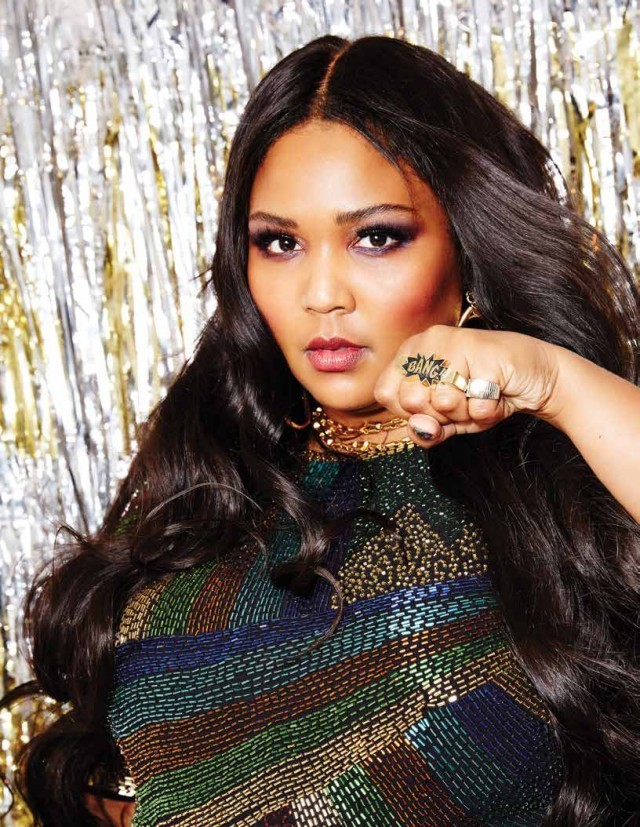 “I’m not a pop star,” Lizzo insists. “I’m not an ‘It’ girl. I’m one part  Detroit gospel, one part Houston rap, and one part Minneapolis weird.”

This pronouncement isn’t surprising, since much of Lizzo’s appeal lies in her refusal to be limited by genre. Backed by years of classical music training and girl-group cred, the 27-year-old has one of the most multifaceted voices in hip-hop. She does it all, delivering effortless, gospel-inflected hooks and tart-tongued verses that touch on everything from race and gender to cannibalism to blog culture. Her raucous live shows, which feel like a living-room dance party with the coolest kids in school, are beloved by riot grrrls and hip-hop heads alike.

She’s also had one hell of a year. She recorded with both Prince (like, that Prince) and Bon Iver’s Justin Vernon; was hand-picked by Carrie Brownstein to open for Sleater-Kinney on their 2015 reunion tour; and somehow managed to release a full-length album on her own record label. That album, Big Grrrl Small World, not only has all the genre-hopping exuberance of her 2013 debut, Lizzobangers, but is also a fascinating account of Lizzo’s coming into her own as a woman and an artist. “What you know about falling in love with yourself?” she asks on “The Realest.” It’s one of those lyrics that socks you right in the gut, and is perhaps the easiest way to sum up the game-changing last few years of her career. We caught Lizzo in a rare moment of downtime to talk about twerking, transformation, and the importance of strip-ping down. 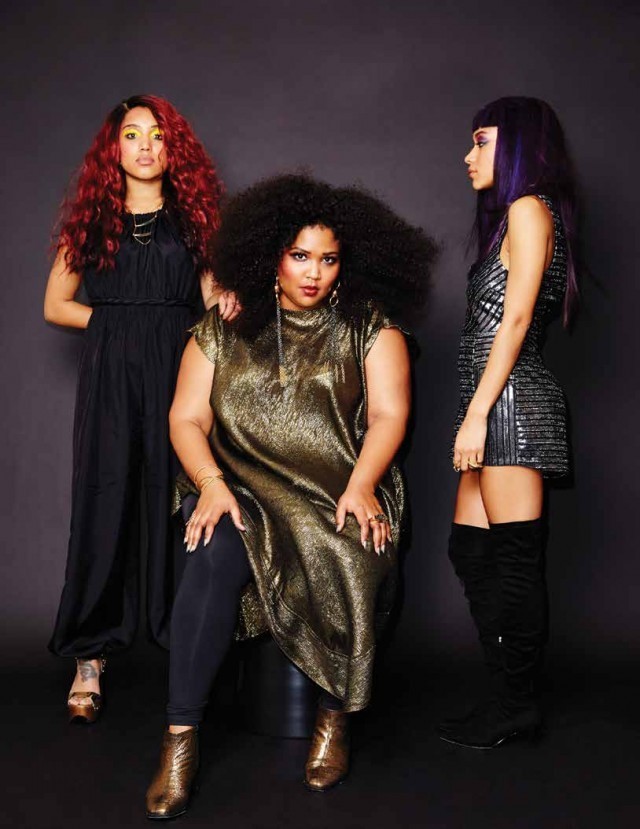 Big Grrrl Small World has a different feel than your last album. Where did it all start?
The oldest song on the record is “The Fade,” which was darker and weirder than anything on my last album. I was super into it, but I sound like I’m miserable. At the time, I was working a ton, I was on the road, I was in the U.K. eating, like, French fries with gravy. People are always rapping about being on the road and being a boss. But I was rapping about being on the road and being exhausted. It’s just how I roll! But “My Skin” is definitely the thesis statement of the album—quietly praising and self-reflecting and self-loving. It’s where it all began for me. 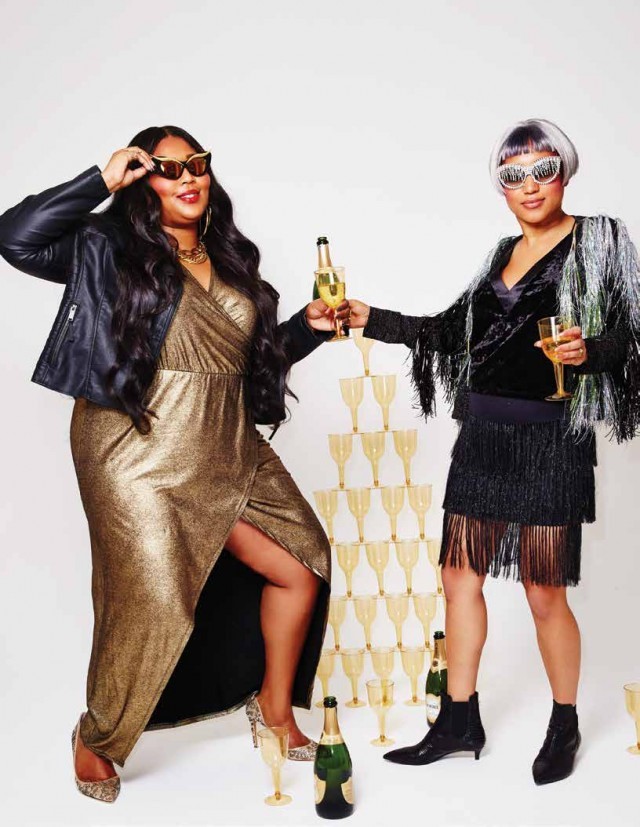 You stripped down to your skivvies for StyleLikeU’s “What’s Underneath” web series, and you quote parts of that video in the intro to “My Skin.” How did the experience of talking frankly about your body on-camera change how you see yourself?
It makes you feel really vulnerable! If anybody wants to know what I look like in my underwear, all they need to do is go on YouTube. And that was terrifying, but it was freeing. It’s getting past learning to love yourself, and just loving yourself. 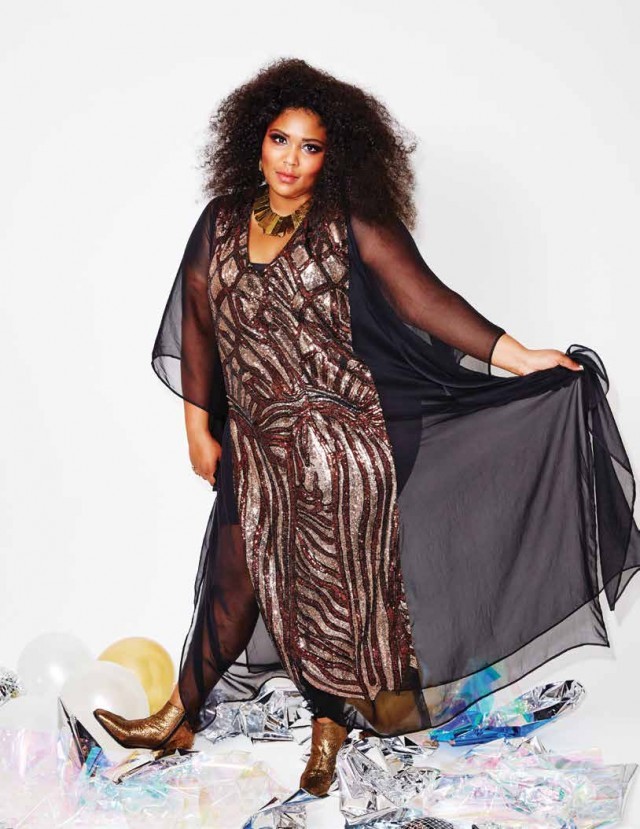 JIBRI KAFTAN, JIBRIONLINE.COM; VAGABOND ANKLE BOOTS; HAUS OF TOPPER NECKLACE, HAUSOFTOPPER.COM; SYD & PIA NYC EARRINGS, SYDANDPIANYC.COM; QIYADA RING.
On the album, you speak very frankly about your experience moving through the world as a person of color. What’s it like discussing that through music?
Between being a woman, being a big girl, and being black, I feel an obligation to speak about these things. When I made Lizzobangers, I was angry. This was all before the Black Lives Matter movement, and I didn’t have a safe space to process, so I did it in my songs. I hate what’s gone down in the last few years, but I’m very fortunate to have found the community. I’ve figured out how to self-care, and you can hear it on the record. The way I speak on these issues is coming from a healthier place, a less angry place, and I’m proud of it, because it’s like growing up.

You’ve toured with some incredible women-fronted acts, most recently Sleater-Kinney. What was that like?
Sleater-Kinney’s fans are diehard, long-time, this-is-the-moment-we’ve-been-waiting-for kind of fans. And they still embraced us every night with open arms because we came on-stage with the same energy as Sleater-Kinney. I feel blessed to have gone on the road with very strong women. I think that unity in the artistic community among women is so important. And I’m going to take every chance to give opportunities to other women. We all need to win! 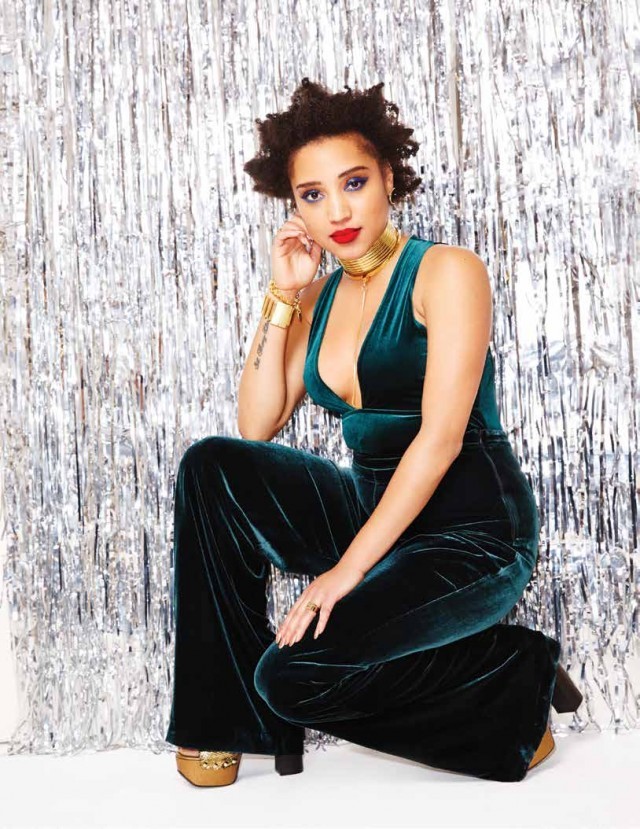 ON SOPHIA: TOPSHOP BODYSUIT, TOPSHOP.COM; ZARA TROUSERS; ASH PLATFORM HEELS; LARUICCI CHOKERS AND BRACELETS; SNASH JEWELRY RINGS; AVOCET JEWELRY RING, AVOCET JEWELRY.COM; JOVANA DJURIC EARRINGS.
Hell yeah! You’ve collaborated with a bunch of different all-lady groups, and most recently you’ve been making music with Grrrl Prty. What’s it like to work with your best friends?
Growing up, some kids played tag or hide-and-seek. My friends and I played “girl group.” I’ve always done it because it’s fun. I’ve been really blessed to have my relationships with my Creative Director Quinn Wilson and with my DJ Sophia Eris. Sophia’s in Grrrl Prty with me and she was in the band Chalice with me. We have a duo, and she’s my DJ and travels all over the world with me. But she’s also a solo artist, and that’s something I need to respect. We had an argument before one of our New York shows. After the first song, I turned around to twerk or whatever, and everyone was clapping and we looked at each other and were both like, “I’m so sorry! I love you!” There’s nothing greater than the feeling of fulfilling your purpose and your destiny, especially when it’s aligned with someone you care about. 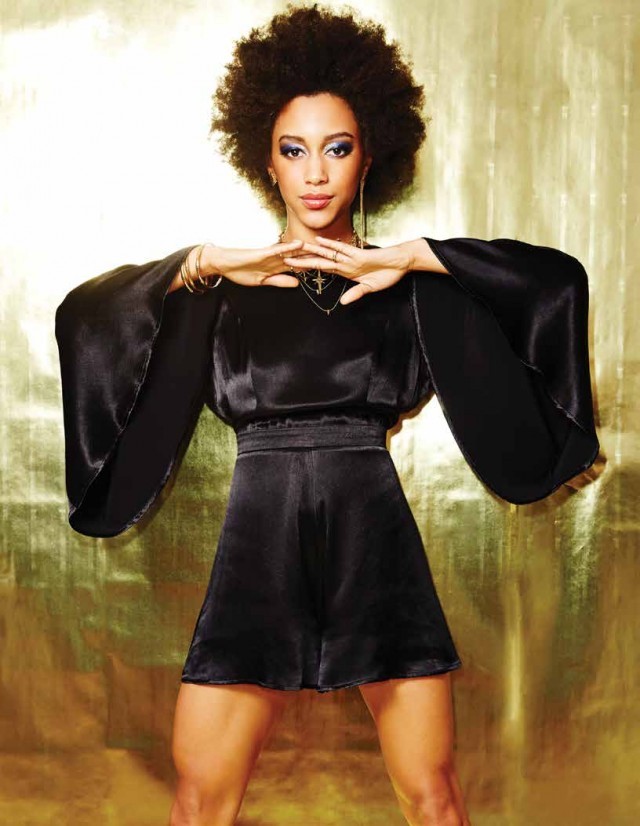 It feels like there’s so much love on stage when you’re performing.
Honestly, there’s nothing more fun than being onstage with all of your friends, just killing it, and jumping up and down, and screaming into a microphone, and sweating together, and getting your periods together. It’s just great!

BUST Partied With Lizzo To Celebrate Our Holiday Issue

Tags: Lizzo , fashion , BUST interview , from the magazine
Support Feminist Media!
During these troubling political times, independent feminist media is more vital than ever. If our bold, uncensored reporting on women’s issues is important to you, please consider making a donation of $5, $25, $50, or whatever you can afford, to protect and sustain BUST.com.
Thanks so much—we can’t spell BUST without U.