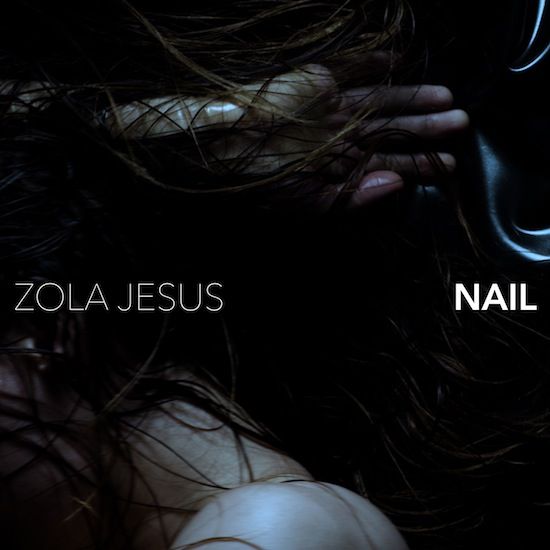 It’s the end of summer, and autumn is upon us. As the daylight hours grow shorter and the nights become longer, it's the perfect time to check out new music from two of the dark ladies of indie rock, Zola Jesus and Rykarda Parasol.

Zola Jesus, a/k/a Nika Roza Danilova, has just released a fourth single, “Nail,” from her latest album, Taiga. It’s an EP on Mute Records with two additional songs. One of the breakcore scene’s most prominent producers, Xanopticon, has expertly remixed “Go (Blank Sea)” as an experimental dance groove. Its introspective lyrics ask the question, “I’ve been waiting all my life. Am I getting closer?” It’s one of Nika’s finest moments, and why it was left off of Taiga is a mystery, but the great news is that it’s now available for download.

Meanwhile, San Francisco’s Rykarda Parasol has debuted her new single, "The Ruin and the Change." This is an extremely catchy tune with a psychedelic pop feel to it. Rykarda’s deep, rich voice croons, “I’ve seen the ruin and the change. I think it’s a shame.” Ms. Parasol follows up her 2013 breakthrough album Against The Sun with her newly unveiled fourth, full-length release The Color Of Destruction, out on Warner Music Poland. The album is available in Europe and the rest of the world starting today through Serpent.com; look out for the US release later this year on iTunes.

Tags: rykarda parasol , Music , Zola Jesus , New Music , fall music
Support Feminist Media!
During these troubling political times, independent feminist media is more vital than ever. If our bold, uncensored reporting on women’s issues is important to you, please consider making a donation of $5, $25, $50, or whatever you can afford, to protect and sustain BUST.com.
Thanks so much—we can’t spell BUST without U.