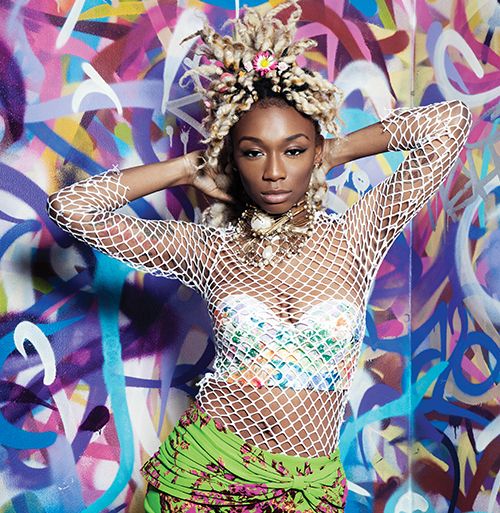 Brooklyn’s Shayna McHale is better known by her rap persona, Junglepussy, but the unconventional performer’s provocative name isn’t even the 10th most interesting thing about her. Though only 23, McHale has already reinvented herself several times, with time logged in fashion, art, and modeling. And she managed to acquire a devoted online following before she ever released an album.

Her first record, 2014’s Satisfaction Guaranteed, is full of empowering tracks like “Fuck Texting” and “Picky Bitch Checklist,” and is packed with clever rhymes about loving yourself and not settling for the wrong guys. McHale took a break from recording her follow-up to speak to me about writing, role models, and why she’s label-free.

So much of your music is about self-love. Why is that an important message for you?

You often talk about not having time for shitty guys in your songs. Where does that come from?

Men love women. They love the way women make them feel, they love the way we look. So it’s funny to me that so quickly, they can just flip, and act like they hate us, when it’s all an act. It’s really a façade. Once I realized that, once I saw that it’s us with all the power, I realized there’s no need for me to succumb to a man’s fuckery.

Do you consider yourself a feminist? What role does feminism play in your life?

Well, actually, I’m label-free, but a lot of my morals and values stem from feminism, black power, power to the people, all that in general. So, feminism is a big part of it, because I love being a girl, and I love women, and I love when we stick up for ourselves and don’t take any shit. I love BUST mag. I love that you guys are doing this, having the whole female crew on the photo shoot. That’s a beautiful thing, because that’s how I work. All my videos and photo shoots, they all were by my [female] friends. It’s just a label that I don’t want to commit to. If I say I’m a feminist, [and] I do something that a group of feminists does not agree with, then they’re going to try to bash me for being a feminist. I believe that feminism is just unapologetically being a female.

Who were your role models growing up, and who are they now?

Growing up, I had a lot of role models, like Fefe Dobson and Christina Aguilera, girls like that. But then as I got older, my mother became my role model more and more. She is a model for being a truly independent woman. Being a woman who gives herself everything she needs and takes care of herself and her family? That’s so strong and amazing to me. She’s proof that you can survive as a black woman raising daughters in New York, which is so expensive already.

Do you see yourself being cast as a role model? Is that something you accept or reject?

I used to tweet, “Don’t idolize me,” because then people expect you not to make mistakes. On my song “Nah,” I’m like, “You up in Mickey D’s, I knew you ain’t love yourself,” but I’m rapping; I didn’t say “don’t do that.” But people say to me, “I’m at McDonald’s, Junglepussy don’t hate me!” I’m like, “I don’t hate you.” But that made me see how powerful words are. I’m not trying to be a role model for eating healthy when I still like chicken wings. You don’t ask [to be a role model], society just gives it to you. You don’t even know you have it, until you fuck up, and then people are like, “Why did you do that?” But it’s cool, because it just makes words a whole new tool. Like, my words are strong, they’re sure, they’re my weapon, they’re my peacemaker, they’re my everything. They’re my medium. 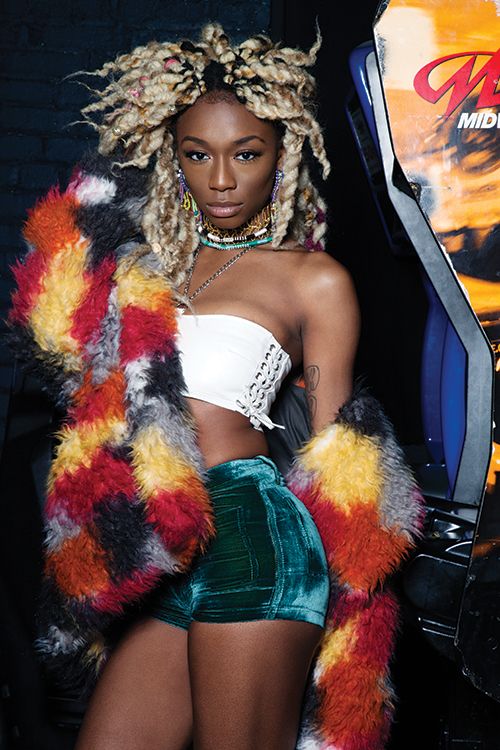 This article originally appeard in our June/July 2015 issue, on newsstands now!
Tags: junglepussy , brooklyn music , female rapper , brooklyn rap
Support Feminist Media!
During these troubling political times, independent feminist media is more vital than ever. If our bold, uncensored reporting on women’s issues is important to you, please consider making a donation of $5, $25, $50, or whatever you can afford, to protect and sustain BUST.com.
Thanks so much—we can’t spell BUST without U.