Perfect Pussy's Meredith Graves Is A Rockstar For A New Generation

Details
BY BUST Magazine
IN Music
Published: 11 May 2015 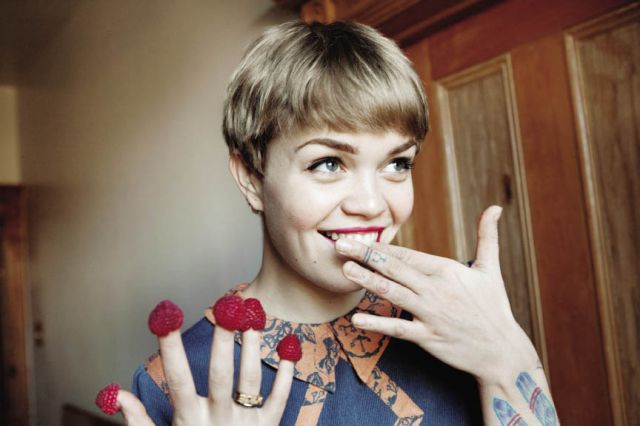 “I want to be in a movie,” Meredith Graves tells me. “I do kind of feel like I’m living in a movie a lot of the time.” The 27-year-old musician and writer would be a compelling heroine, no doubt. A cinematographer couldn’t hope for a more arresting visual than a wide shot of Graves onstage with her band Perfect Pussy, gripping the microphone with white knuckles, a sea of sweaty kids pushing each other in the pit below. ?The former seamstress is stylish, too, though her cool outfits are prone to destruction by the end of a particularly intense set. Graves says a movie about her life would feature “a girl who travels the world and gets into arguments. It would end in an airport.”

When Perfect Pussy’s 2014 album, Say Yes To Love, brought the Syracuse, NY-based punk band out of obscurity, many reviewers mentioned the way Graves’ voice sometimes seemed buried beneath sonic rubble. But at live shows, she has no trouble being heard. The outspoken feminist comes out both swinging and smiling—a trait that sometimes freaks people out. “All of our songs are really painful,” she says.“They are about loss and violence. When we first started playing shows, someone wrote that it was weird to watch me bounce around and smile onstage. I was like, ‘Dude, I’m singing about what I’ve survived. If you’d survived what I had, you’d be dancing too. When I walk down the street, you tell me to smile. And when I’m on stage, you tell me not to. Are you serious?’"

“You’ve got to find things you’re passionate about and do them with as much excitement as you can muster to counteract the capitalist death machine—even if people think the thing you love sucks."

Graves admits that finding a productive balance between anger and joy took time. “I never could have handled this [when I was a teenager],” she says of her rising popularity. “I wondered for years, When is something good going to happen? I’d think, If I lose weight, if I go to college, if I date the right person, if I don’t date anyone and stay in my apartment and work all day, something will happen. For the first six months this band was around, I didn’t handle it well. I acted like a jerk in interviews. I said crass things that I absolutely regret and pretty much made a nuisance of myself. I’m thankful that I’m still here. I am doing better now than I ever have, and things only seem to be getting better.” 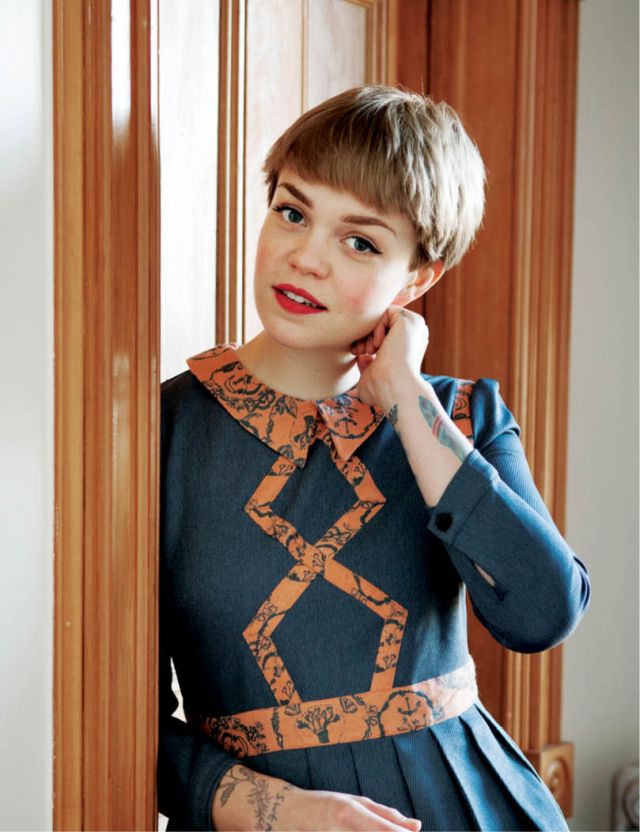 Indeed, Graves is on a roll. She’s moved to Brooklyn, regularly writes essays about feminism for outlets such as Rookie and The Hairpin, started her own record label (called Honor Press), released solo material for a split 7 ?with friend Kevin Devine, and is working on a book of photos from Perfect Pussy’s first year on the road.

“The world is pretty much trying to kill you all the time,” she says. “You’ve got to find things you’re passionate about and do them with as much excitement as you can muster to counteract the capitalist death machine—even if people think the thing you love sucks. Be like, ‘Sorry, I can’t hear you over the sound of my rad guitar player. I’m fighting the death machine! Gotta go!’” ?

Because Meredith Graves is such a doll, she made our photographer a spinach and bacon quiche during the shoot - And we just HAD to have the recipe. 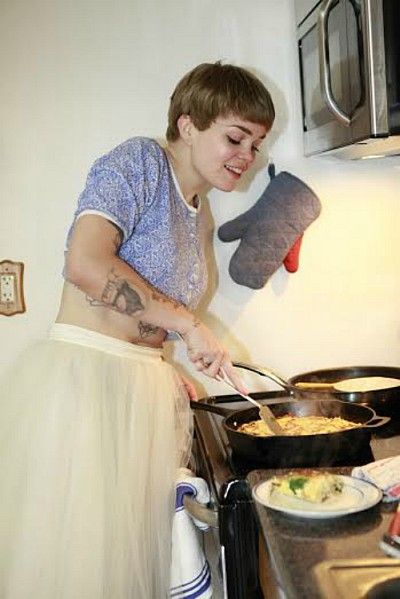 (To be made in a big-ass cast iron skillet. Obviously.)

Cheese - As much as you want, whatever kind you find most appealing

Salt and pepper and some spices, whatever you have on hand!

1. Fry the bacon in the pan. when it's done to your desired level of crispiness, take it out and set it off to the side, but don't throw out the bacon grease-- just leave the pan on!

2. Cover the bottom of the pan in hash browns. fry them in the bacon grease until they're crispy! spread them out evenly to make a sort of crust. i like to put salt, pepper, paprika and parsley on them at this point.

3. Dump the 2 cups of spinach on top and cover the pan for a minute so the spinach wilts.

4. Cover the spinach and hash browns in cheese. Lay the bacon strips all over the top of that.

5. Dump the eight eggs whisked with the 3/4 cup of milk all over the top of everything. add more cheese. As much as you want.  Get weird.

6. Let this cook for 8-10 minutes. When it's obvious the bottom is solidifying but the top is still liquid, cover the pan and let it cook for another 5-10 minutes.

I think it goes without saying that you could make this with any combination of ingredients, I just happen to think spinach and bacon is a good way to say 'hey, near-stranger, thanks for coming over to take pictures of me wearing a tutu.' Serve with too much coffee.
Recipe by Meredith Graves

This story originally appeared in the June/July 2015 print edition of BUST Magazine.
Subscribe now and get this shit delivered right to your mailbox.