Rapper Remy Ma: Fresh Out of Prison and Ready to Take Back Her Throne 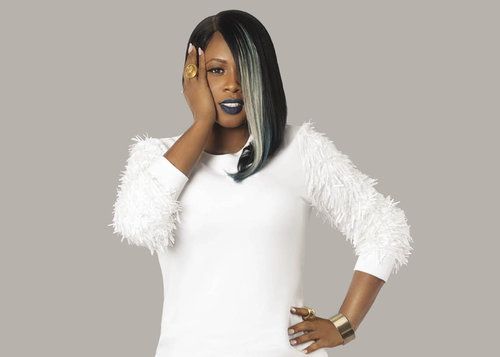 It’s been a while since we’ve heard from powerhouse rapper Remy Ma. After all, for the last six and a half years, she’s been serving time at the Bedford Hills Correctional Facility for assault. But even the youngest hip-hop heads will recognize the 34-year-old’s smooth lyrical delivery from the 2004 Terror Squad track “Lean Back” with Fat Joe, which earned her a Grammy nod and a place on every “best of hip-hop” list. Here at BUST, we don’t condone violence. But we do believe in rehabilitation, and can’t wait to see Remy get back to doing what she loves—rocking the mic.

A pre-teen poet, Reminisce Smith (aka Remy Ma) began rapping in her Bronx neighborhood at 12, and was soon crushing it in freestyle battles. At 17, she met her mentor Big Pun, who featured her on his final album, Yeeeah Baby. When he died of a heart attack in 2000, Remy went on to become the sole woman in his rap crew, Terror Squad. They collaborated with her on her first solo album, There’s Something About Remy, which dropped in 2006 to rave reviews. Then Remy began working on a second solo album, as well as an all-lady supergroup. But all this came to a halt in July 2007, when she shot her friend in the torso over $3000 missing from her purse. Convicted in 2008 and sentenced to eight years, Remy was recently released early for good behavior. But she’s been strictly forbidden to discuss the details of her case. “People have heard of [male rappers] doing time, but a female going to prison, doing six and a half, it’s an anomaly,” she says. “The fact that I am female and I came home and I’m not insane, not completely depressed, that really has people thinking. So, I do get treated differently, but not in the sense of how women normally get treated differently. It’s more that people seem to have more respect for me because I [made it through prison] and I’m a female. But I’ve talked to people who’ve been to prison before and the hurt and the struggle is just the same for a male as it is for a female.”

While serving time, Remy received an Associate of Arts degree from Marymount Manhattan College, earning honors for her paper on situational homosexuality. “It’s just really interesting,” she says of her area of concentration. “I guess I’m so pro-penis that it didn’t work on me. But I have five really good friends that I made while I was [in prison] and all of them are into female relationships.”

Poised to make her mark once again on the rap game, Remy has a mixtape, a record deal, and a reality show all in the works. In fact, just a day after her release, she went straight to DJ Khaled’s studio and dropped a remix to his hit “They Don’t Love You No More.” But that’s not all that’s changed. Remy tied the knot while incarcerated in 2008, to rapper Papoose, whom she’d been dating for three years. Why the rush? She explains that being married in prison came with privileges like conjugal visits and longer visitation hours, but it wasn’t just about their time together. “I needed someone I could trust to handle my business,” she says, “and there’s a lot more respect if your husband is doing that as opposed to your boyfriend.” The two are now living together for the first time—a challenge for Remy, who has OCD. And she’s also reunited with her 14-year-old son. “He’s very chill,” she says. “I’m basically getting to know everyone again.”