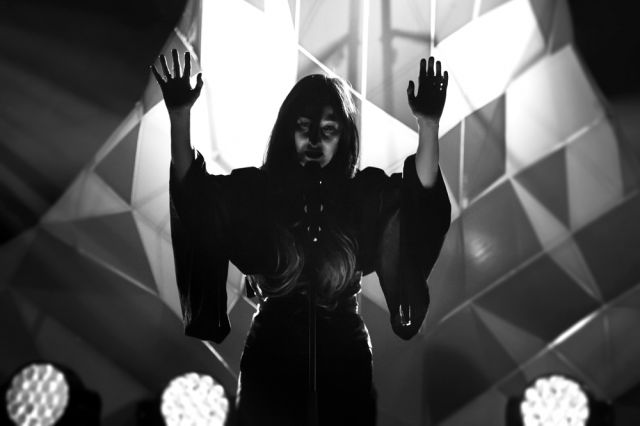 I’ve always believed artists are born to be just that, artists. It’s important to have training, a way to work, and whatever tools of the trade one needs. However, when it comes to talent, either you came in with it or you didn’t. Someone who definitely came in with it is Nika Rosa Danilova, aka Zola Jesus.

Nika is one of the reigning ‘Dark Ladies’ of music. No, I don’t mean Cher impersonators, but a new crop of female musicians like Zohra Atash (Azar Swan), Anna Calvi, Fever Ray, Rykarda Parasol, Dee Dee Penny (Dum Dum Girls), Shipla Raye, and Chelsea Wolfe, etc. who all have a mysterious depth and edge to their work.

With the release of her fourth album Taiga, Danilova is again pushing the limits of what defines popular music not only for an audience but also for her own personal revolution and artistic journey. She was kind enough to take time from her present tour and busy schedule to answer a few questions for our BUST readers. Here’s what she had to say.

What was your first introduction to pop music and who are some of your influences?

My first exposure to music growing up (outside of what was being played by my parents) was top 40 radio. So, I listened to whatever got heavy airplay in the 90’s: Spice Girls, Britney Spears, Brandy, TLC, etc. In terms of my influences, I think that sort of pop song writing has permeated into my DNA as it was so pervasive in my childhood.

Do you have a particular system or way you write songs?

Lately I’ve enjoyed writing a cappella. I’ve found that I write best when I’m just wandering around and singing melodies without thinking about them.

The drums in your music are prevalent and often have a military or tribal feel to them. Is this a conscious choice?

It's just what I’m drawn to. I like drums that feel visceral and primal.

Was there a deliberate decision to have more danceable tracks on Taiga?

Not at all. In fact, I went out of my way to make the songs less danceable. I was, however, very concerned with programming intricate beats with more swing. I wanted to get out of four on the floor and experiment with beats that had more groove. 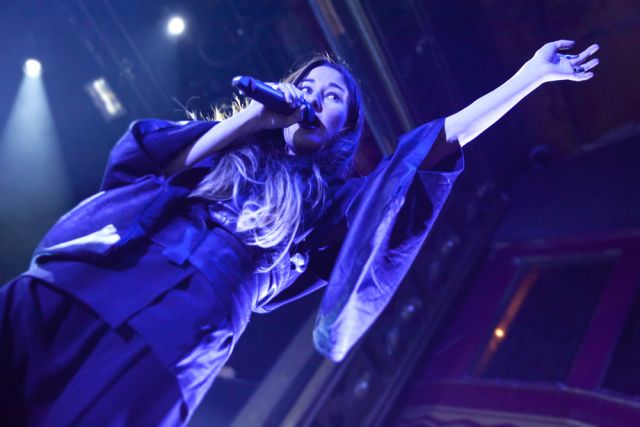 Many of your albums and songs have interesting titles like Stridulum, Conatus, 'Hikikiomori', and 'Ixode'. This may sound stupid but are these actual words or made ones that you feel are fitting for each piece?

They are all real words, but abstract enough to be given their own meaning through the song.

How has your operatic vocal training assisted and or influence singing your own stuff?

I’m not sure. My training is deeply embedded in my relationship with my voice, so some of how I sing has been a reaction to my past study. I oscillate between rejecting and embracing the operatic style. Currently I’ve been excited to experiment using that voice more.

Visually you have a great look. I see Japanese and Egyptian influences. Is this your vision or are you aided by anyone to achieve this? Do you still work with Jenni Hensler as a designer/stylist?

Everything about Zola Jesus is my vision. Though I work closely with Jenni Hensler, who helps me bring my ideas to fruition. We work together in an incredibly intuitive way. It’s always very rewarding to work with people who you share such a deep visual connection with. We are both very inspired by Japanese aesthetics, minimalism, and futurism.

Do you find most of the women in mainstream pop music present themselves one dimensional?

Do you think this established look and behavior makes it more difficult for female artists like yourself to get noticed into mainstream media?

I think the first problem is that mainstream media correlates nudity and sexuality with transgression. Sexuality is visceral, physical, innate. Because it’s still rather taboo in our culture, it is the lowest common tool used in order to get attention. Again, I don’t blame the consumer or listener for this problem. I blame a diseased culture that forces people to have a strained, resentful, and therefore slightly obsessed relationship with their sexuality.

All photos courtesy of Emily Korn and MUTE.

Tags: Music , Zola Jesus , interview , taiga
Support Feminist Media!
During these troubling political times, independent feminist media is more vital than ever. If our bold, uncensored reporting on women’s issues is important to you, please consider making a donation of $5, $25, $50, or whatever you can afford, to protect and sustain BUST.com.
Thanks so much—we can’t spell BUST without U.