Patty Griffin’s latest album American Kid was released a year ago. Since then she’s been touring to promote. Patty and her kick ass band came around again to NYC for 2 shows and I was lucky enough to go to her Music Hall of Williamsburg gig this past Friday night. 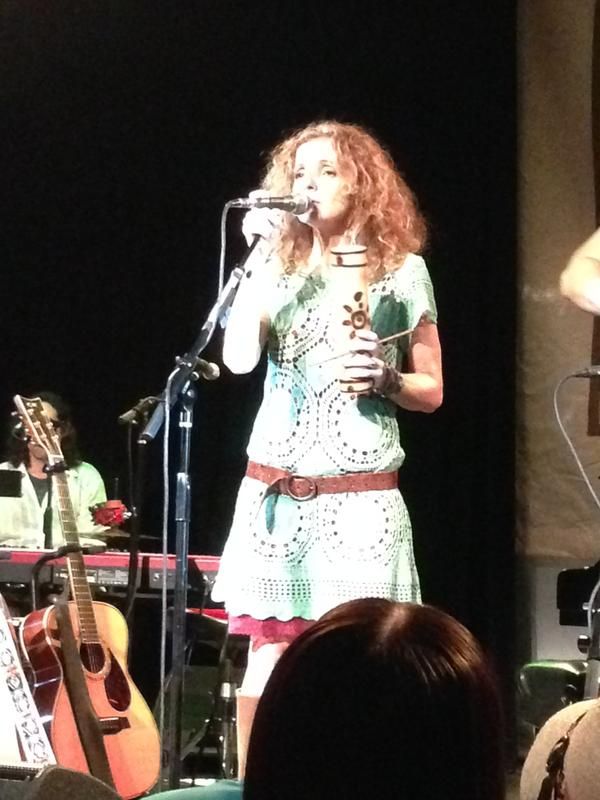 Ms. Griffin and company held the audience captive for 90 minutes with selections from Patty’s catalogue as well as a few surprise numbers. If I had to use one word to describe Ms. G. it would be eclectic. Patty and band performed at least 5 different styles of music through out their set. There was the folky stuff (‘Forgiveness’, ‘Not Alone’), a little Blue Grass (‘You Can Go Where You Want To Go’), Americana Country (‘Truth #2’, ‘Ohio’), a bit of Gospel (‘Standing’, ‘Up To The Mountain’, and ‘The Strange Man’), and some always welcome Rock ‘N Roll (Please Don’t Let me Die In Florida’, ‘Flaming Red’). There were also two new numbers, one self penned and played on Mandolin, and another for the upcoming album of contemporary musicians writing the music for some of the late Karen Dalton’s discovered poetry journals. If that wasn’t enough, Patty paid tribute to the borough of Brooklyn by covering a song made famous by iconic comedian Jimmy Durante’s ‘The Glory Of Love.’ Which in the hands of another lesser artist would have come off as corny or sentimental but was delivered as genuine and heartfelt as could be. The showed ended with the romantic ‘Mil Besos’, a Mexican track off of Patty’s 1000 Kisses album. I guess that makes six or seven styles of music doesn’t it?

So basically, she and the band blew the audience away with her full on, singing, songwriting and playing skills. See kids, you don’t have to squat over a dog naked in a sex book, shoot whip cream out of your bra, or ride and inflatable hot dog to get an audience’s attention. All a true artist and musician needs at the end of the day is real talent. That’s something Patty Griffin has oozing out of her pores at every second of her existence. Do yourself a favor and catch her on this tour before it ends. You ain’t seen nuttin’ until you’ve basked in the glow of some scorching Flaming Red aka Patty Griffin.