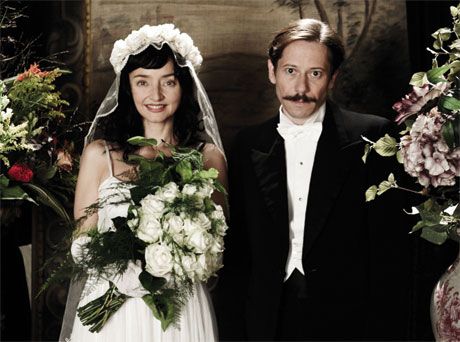 Marjane Satrapi and Vincent Paronnaud overwhelmed film lovers with the 2007 animated film Persepolis, based on Satrapi’s autobiographical graphic novel about growing up in Iran. Chicken with Plums, their second collaboration, is also based on a graphic novel by Satrapi. But Plums is primarily a live-action feature with a robust international cast and the lush aesthetics of a grand old studio film. The directors also employ magical illustrated flourishes that recall the whimsy of Marc Caro and Jean-Pierre Jeunet, and a gorgeous soundtrack by composer Olivier Brunet.

This time around, Satrapi conjures up the last eight days of the life of her great uncle—celebrated Iranian musician Nasser Ali Khan—a man who took to his bed to die after his prized violin was smashed to pieces. The story is a tapestry of his memories and visions of what’s to come for his family after his death.

Mathieu Amalric plays Ali Khan with a combination of bug-eyed disbelief, sharp selfishness, and wounded melancholy. And Maria de Medeiros is biting but sad as his combative wife Faringuisse. The rest of the cast is a heady mix of international actresses: Isabella Rossellini is lovely as Ali Khan’s mother; Golshifteh Farahani plays his lost love Irâne; and Chiara Mastroianni, as the grown-up version of Ali Khan’s daughter, appears as a card player wreathed in smoke. It’s no accident that Irâne and Ali Khan’s brother Abdi are also characters in Persepolis. But it’s not necessary to pick up on all the breadcrumbs Satrapi plants here from her previous tale to enjoy this dreamy film.