Details
BY BUST Magazine
IN Movies
Published: 31 May 2012 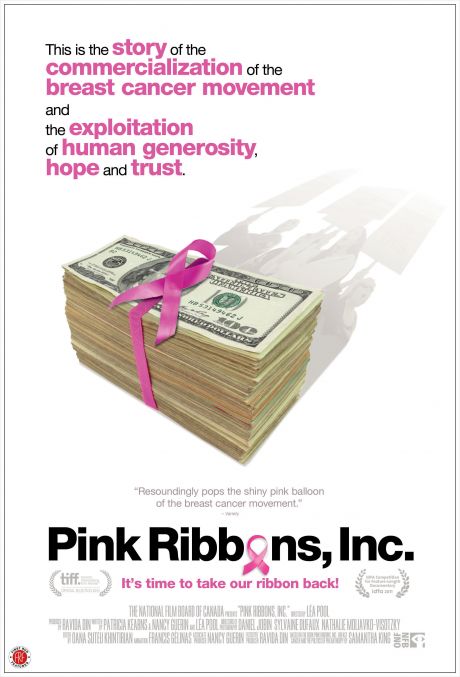 We're very curious about a controversial new documentary (opening in the U.S. this weekend) that shines a critical light on the Big Pink. Pink Ribbons, Inc., directed by Léa Poole, investigates the charity-corporation machines that have risen out of the fight against breast cancer. Despite the billions of dollars that have been raised over the years, cancer rates have also risen to a staggering 1 in 8 women. The film, based on Samantha King's 2008 book by the same name, focuses on activists as well as women battling the disease. Check out the trailer, below, and click here to find a screening near you.