"Corsage" Is A Historical Drama About A Rebellious Empress—BUST Review 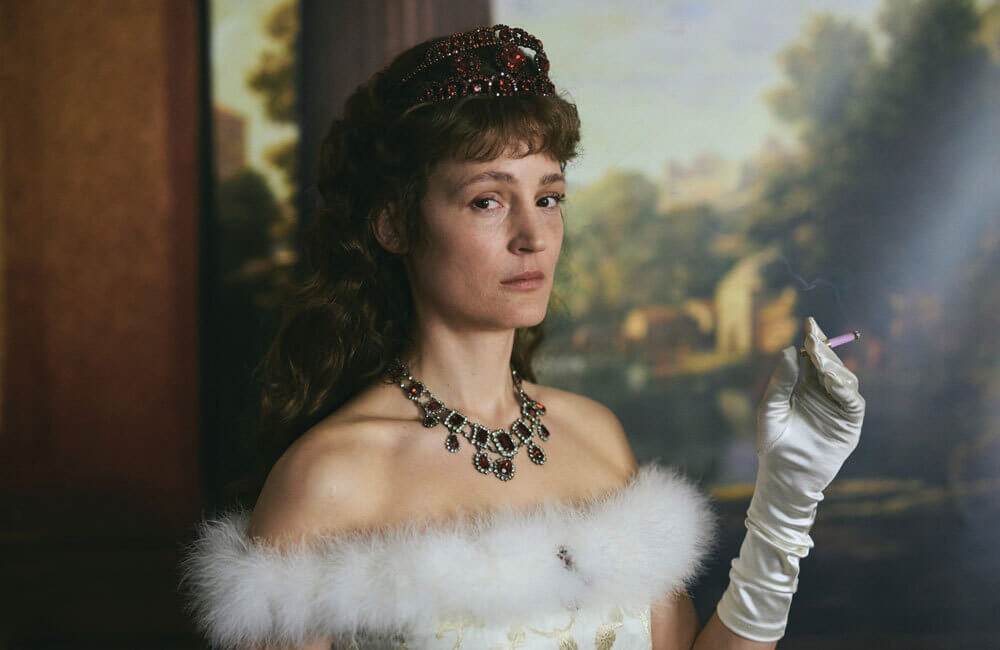 As any former goth could tell you, rebellion doesn’t necessarily lead to self-discovery, let alone happiness. Marie Kreutzer’s Corsage reveals another unpleasant truth of this eternal impulse: that the way one chooses to rebel often replicates the nastiest, most destructive aspects of what one is fighting against.

This beautiful, quietly furious film depicts the documented “eccentricities” of Empress Elisabeth of Austria (Vicky Krieps)—her endless traveling, her extreme diet and exercise regimens, her interest in mental asylums—which Kreutzer frames as arising not simply from Elisabeth’s hatred of Austrian court life but also from the alternately repellant and satisfying feeling of being desired. 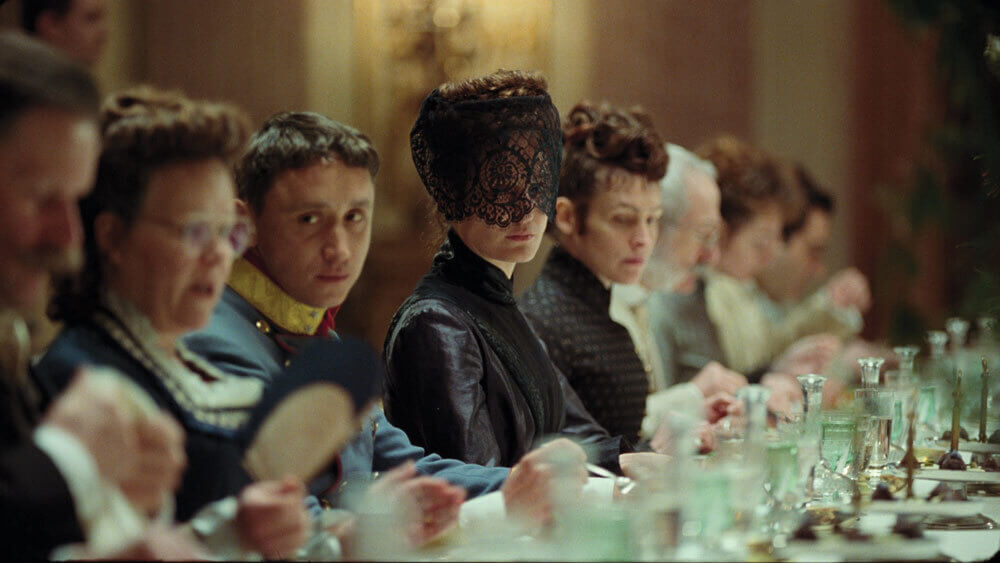 In a series of vignettes connected only by her unease, the empress travels around Europe the year she turns 40, in 1877, seeking (private) and eschewing (public) attention. Inevitably, these doomed affairs leave her unfulfilled, but she’s unable to stop herself from her self-destructive rebelliousness. This tendency frustrates her, though not as much as it does those around her, effectively isolating her even more.

When Kreutzer inserts ahistorical details into an otherwise accurate portrait of the past—an acapella version of Marianne Faithfull’s “As Tears Go By,” for example—they, like Elisabeth herself, stand out but make perfect emotional sense. Elisabeth's inability to rest or feel satisfied for much longer than it takes to eat a slice of cake transcends time.