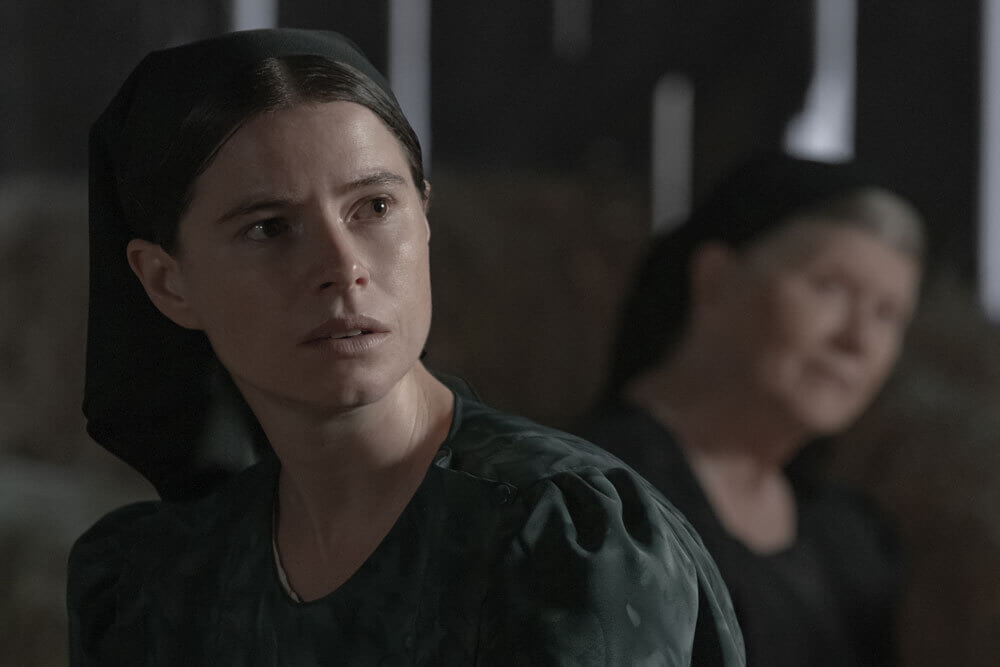 For the characters in Women Talking, the question of forgiveness in the aftermath of violence is not just theoretical. Their mysterious injuries aren’t imaginary or demonic (as the elders in their isolated religious colony allege) but were caused by men – their husbands and relatives – drugging and raping them while they slept. The majority of the film takes place in a hayloft on their land, where multiple generations of women clandestinely meet to determine how they should respond to this betrayal. A schoolteacher named August Epp (Ben Whishaw) is present to take minutes, because none of the women have been taught to read or write.

The members of the stunning ensemble cast, which includes Rooney Mara, Claire Foy, and Jessie Buckley, argue passionately over whether they should stay and fight or flee, apologize to and accuse each other, and experience terrifying flashbacks. It can be difficult to tease out who is who, given their bare faces, bonneted heads, and voluminous dresses, but all is slowly unfurled over the course of 104 minutes. Director Sarah Polley’s brilliant craftsmanship is on full display, from the uncannily desaturated colors and wide-screen format to her careful adaption of Miriam Toews’ novel. These techniques, along with the characters’ old-fashioned names, give the film a certain standoffishness that’s a relief given the nature of the attacks. Though unsettling, the film itself is ultimately hopeful and should stir post-viewing discussions. -Jenni Miller