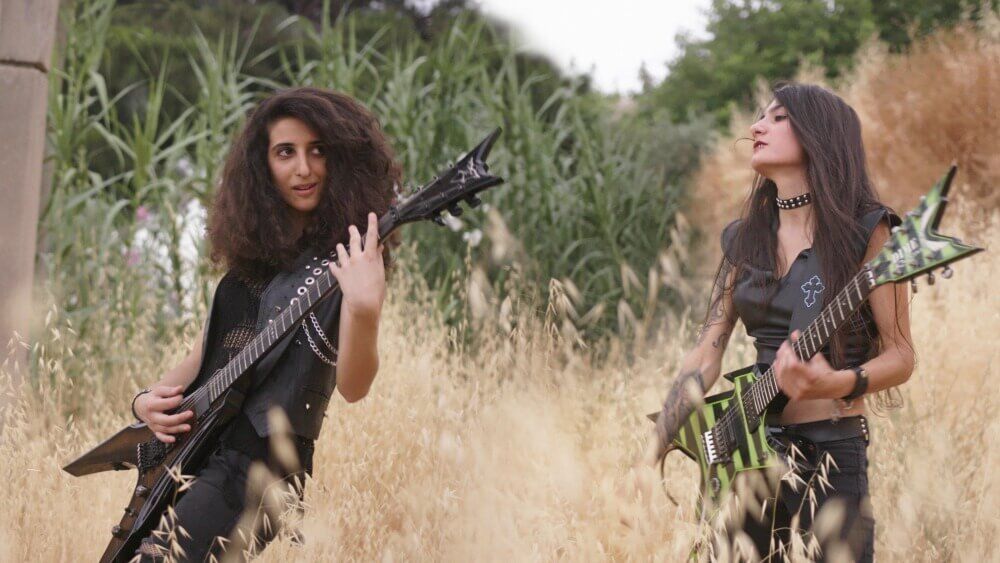 Sirens begins with the sound of an electric guitar guiding us into the world of the Slave to Sirens. Slowly the electric guitar gets accompanied by a voice, drums, and playful laughter until the music takes over entirely as we witness the all-female band go on stage. The Sundance-selected documentary Sirens, is directed by Rita Baghdadi and executive-produced by Natasha Lyonne and Maya Rudolph, is in theaters beginning September 30. The documentary follows the first-ever female Lebanese thrash metal band, Slave to Sirens, and the lives of the bandmates Lilas, Shery, Maya, Alma, and Tatyana. Based in Beirut, Lebanon, the documentary captures the band trying to fit in a society where they and their music are not welcomed. Sirens shows the reality in which the band was formed; demonstrations against the government, poverty, unstable electricity, bombs exploding, and anti-gay laws. But it is the only Lebanon they’ve ever known: “Since the day my grandparents were born, this country is fucked up,” one of the band's members says. 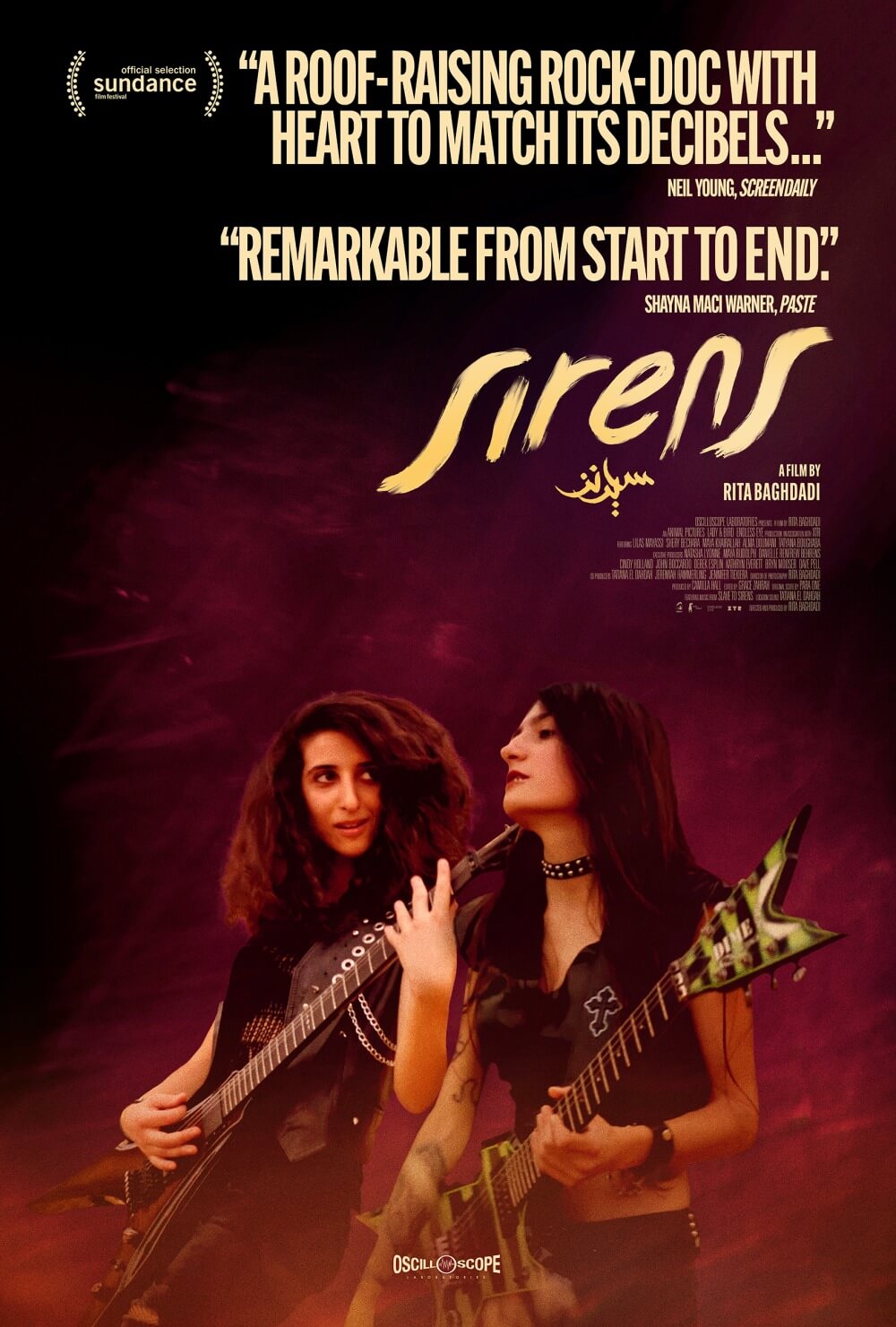 Through their music, the documentary leads us through different worlds. Some are relatable—five women working closely together while trying to maintain personal relationships with each other and outside the band. Others are the political situation in Lebanon and how its old-fashioned reforms clash with the younger generation. We follow Lilas trying to navigate her sexuality and Shery having difficulties discovering herself as a musician and young woman. And yet, all are connected through the intensity of their music.

Slave to Sirens’ music encapsulates the rage captured inside of themselves and their country; being unable to speak their truth, the anger explodes within their music. But the beauty of Sirens lies in the moments of vulnerability, like when the performance at Glastonbury Festival didn’t exceed their expectations; when a close friendship starts to go to pieces; or the reality of being a lesbian in a country where being in a same-sex relationship is illegal. The quietness of these moments stands as strongly as the contrast to the loudness of the metal music.

Sirens exceeds when it manages to capture the moments where the world of Slave to Sirens collides with the conflicting worlds around them. Lilas is having a conversation with her mother about their current living situation. Lilas’ mother tries to persuade Lilas to stay with her forever - or at least until Lilas marries and has children - whereas Lilas argues that she can take care of herself and that this “is no longer the 1960s.” We see how Lebanon’s conservative regime keeps affecting young women’s lives, even when it comes from a place of love. As Lilas puts it, “Every time a woman wants to be something other than what society wants, it’s always an issue.”

The music works as a red thread in Sirens; throughout the documentary, we get to see how it connects Slaves to Sirens with their generation in Lebanon, distancing them from the society in which they grew up. In a scene, an intern fight between the bandmates glides into shots of the violent demonstrations in Lebanon accompanied by the band’s music. Even when trying to distance themselves, they are highly integrated with the country in which they live, as visibly shown when Lilas shows Shery pictures of a girl she went on a date with, just as a demonstration, shouting, “The people demand the fall of the regime” surpasses them. Sirens displays the lives of an all-female thrash metal band trying to break free from a society where neither metal nor women are allowed to exist on their terms.