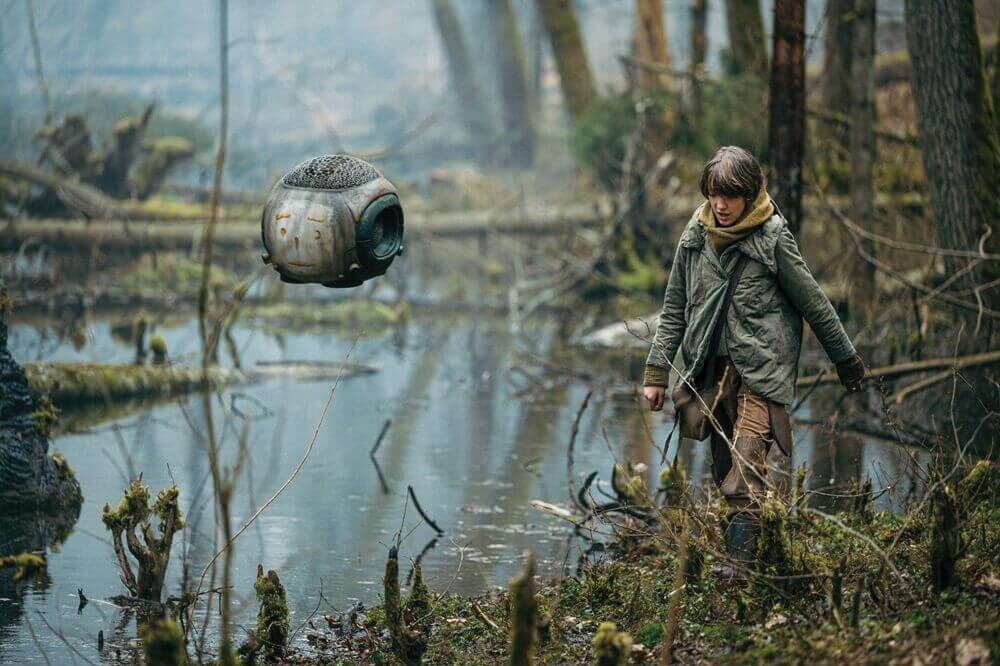 Vesper takes well-worn dystopian young-adult tropes and makes them new again—or at least more compelling than they seem on paper—through its sheer plausibility, an immersive atmosphere, and strong performances.

Vesper (Raffiella Chapman) is a 13-year-old girl scrounging to survive in a post-apocalyptic landscape. The most pressing enemy is food insecurity, brought on by earlier events but maintained by men like Vesper’s neighbor Jonas (Eddie Marsan), who relishes the power he has over other, less-fortunate folks. Her bedridden father (Richard Brake) communicates through a homemade drone, which serves as her companion through the weird wasteland. When Vesper discovers a mysterious woman (Rosy McEwen) in need of help, the teen agrees in exchange for a way to the Citadel, where the powerful live in relative luxury. Jonas and others like him, however, are on the hunt for this glamorous stranger, too.

Vesper is a singular experience, blurring the lines between sci-fi and horror. The filmmakers trust the audience to work out the finer details of this seemingly timeless dystopia themselves, which is especially refreshing in today’s exposition-heavy blockbuster landscape. At times, the film feels like an extended prologue to a larger tale, if only because it introduces viewers to a world demanding further exploration.