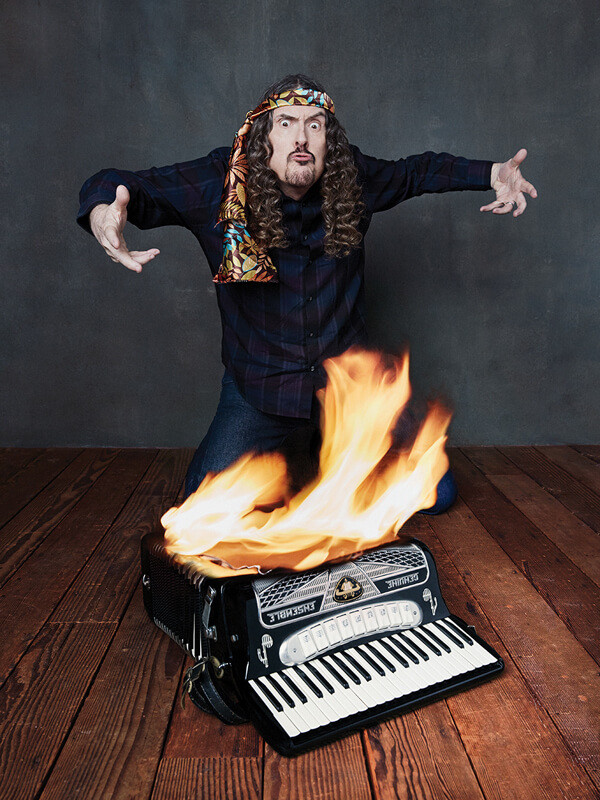 "I could've easily set myself on fire,” “Weird Al” Yankovic tells me, dressed in one of his trademark Hawaiian shirts. Long gone are his iconic mustache and eyeglasses, revealing an earnest face that appears at least a decade younger than his 62 years. The pop-culture parody artist is referring to the time he paid homage to Jimi Hendrix by playing the accordion with his teeth, then dousing it in lighter fluid and setting it on fire in his 1985 film The Compleat Al. “I guess I have no fear,” he says. His willingness to take on such a risky stunt is a bit surprising, given that, despite his success, Yankovic isn’t known to be one of rock ‘n’ roll’s bad boys. In fact, the most salacious rumor I found about the man is that he smells incredible. Sadly, I am unable to confirm this as our interaction is entirely on Zoom, and I’m too afraid to ask. So, was this Jungian shadow-self emerging, I wonder aloud? “It was my evil twin,” he says with a smile.“

“I can’t believe the way my life turned out. I was an outlier; I was basically a freak.”

"Nobody, including myself, would’ve thought I’d have a career that’s lasted as long as it currently has.”Although Yankovic’s music is absurdist, his musicianship is no joke. “My band can play every genre imaginable seamlessly. They’re world-class musicians; they can change genres at the drop of a hat,” he explains. Some of Yankovic’s parodies have even out-charted their originals. “Eat It” hit #1 on the Australian charts, while Michael Jackson’s original, “Beat It,” peaked at #2. After selling more than 12 million albums, the 5-time Grammy winner’s career is still on the rise. He scored his first Top 10 hit on the Billboard 100 charts in 2006, followed by his first #1 debut album at age 54 with 2014’s, Mandatory Fun. And in 2018, he received his star on the Hollywood Walk of Fame. His newest endeavor is the twisted comedy Weird: The Al Yankovic Story, starring a surprisingly ripped Daniel Radcliffe as Yankovic. 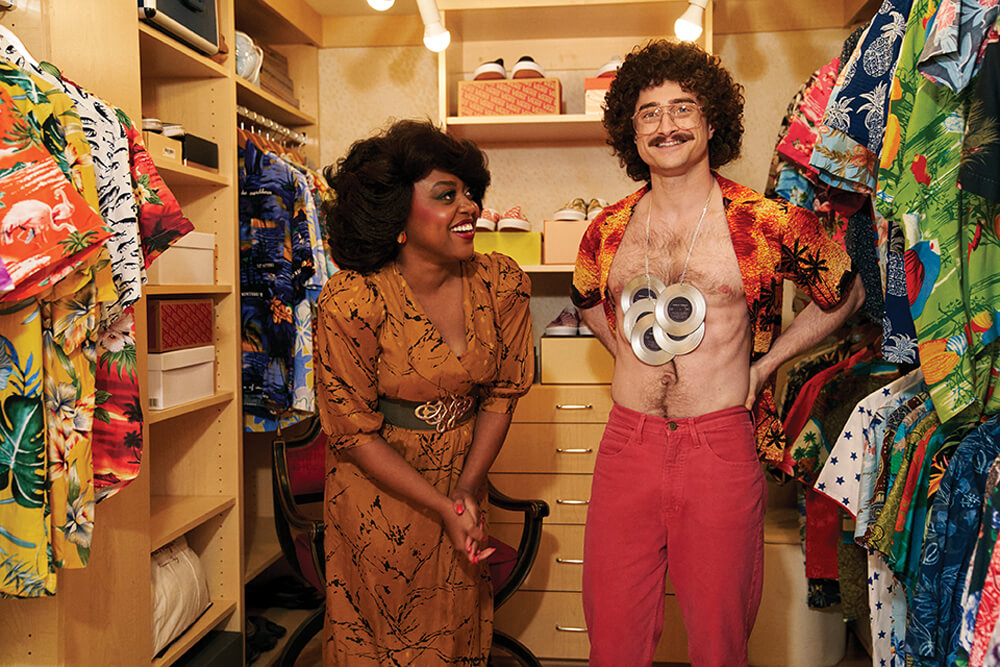 “I’m almost reluctant to talk about the movie,” Yankovic tells me of the film he co-wrote, which will be released on the Roku Channel this fall. In crafting his life’s story, Yankovic has definitely had his share of seedy Hollywood stories to draw inspiration from, like when the TV show celebrity Boxing asked him to fight the female WWE wrestler Chyna in the early 2000s. “That’s one of the most egregiously horrible things I've turned down in my life,” he says. “I think she wound up fighting Joey Buttafuoco, who apparently gets all the work I turn down.”At first glance, the film seems to be a parody movie about a parody artist, but Yankovic assures me that it’s much darker than that.

“The tone of the movie is very serious. We’re not winking,” he says.

Curiously, the film indulges in all the rockstar clichés Yankovic managed to avoid. “I’m pretty straight edge, so when you see swilling Jack Daniels and smoking in the movie, hopefully you know that’s a bit of a stretch.”And Radcliffe’s abs? “No, that’s totally accurate,” he says, chuckling. - Kelly Kathleen