Sharp Stick: Lena Dunham's Dive Into Sex, Lovability, & The Space In Between 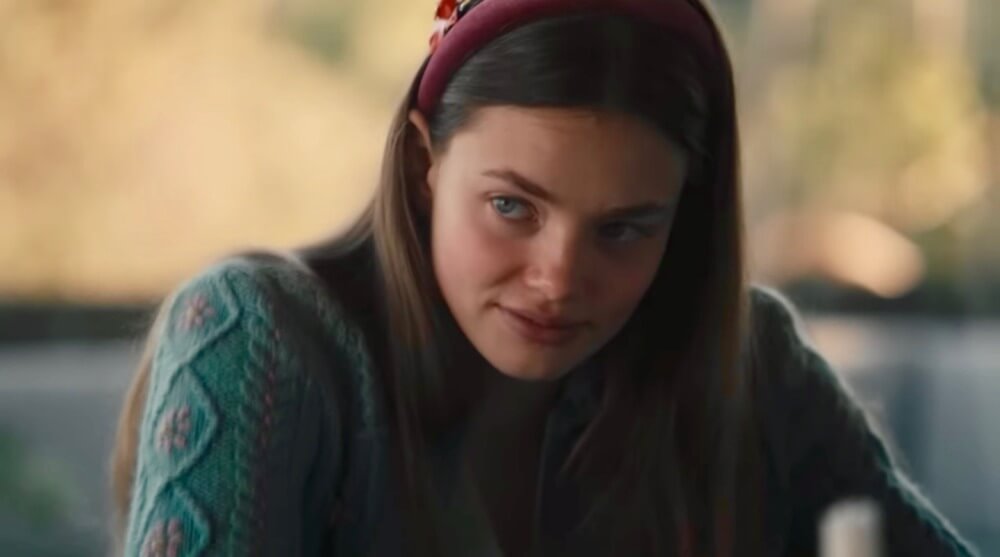 Writer and director Lena Dunham’s latest project, Sharp Stick, is a reflection on sexuality and the desire to feel seen. The film follows Sarah Jo (Kristine Froseth), a 26-year-old caregiver for children with special needs who lives with her mother Madelyn (Jennifer Jason Leigh) and adopted sister, Treina (Taylour Paige), in a Los Angeles apartment. Sharp Stick quickly spirals from a view inside the life of the naive and childlike Sarah Jo into a sexual exploration as Sarah Jo begins a whirlwind affair with Josh (Jon Bernthal), the father of a child she cares for.

We learn early in the film that Sarah Jo had a radical hysterectomy when she was 15. This surgical procedure, in which parts of the female reproductive organs may be removed, left her with a scar on her lower stomach. Experiencing such an intense surgery at the conclusion of puberty seems to have had a profound emotional effect on Sarah Jo. The audience is left to assume that her virginity (in contrast with her mother and sister’s sex-positive lifestyles) is partially a result of her insecurities about the surgery and what it might mean for her sexuality and connection to her body. Sarah Jo  is visibly preoccupied with the surgical scar as well as the emotional ones—frequently removing her clothes to touch it—and during her first conversation with Josh she asks him repeatedly if he sees the scar, lifting up her dress to show it to him before he even agrees to have sex.

It is this first intimate scene in which Sarah Jo asks Josh to have sex with her that sets the mood of the film. "I hit menopause when I was 17, and I don't feel my body, and so I'm just asking you for this favor, for this one thing," she tells him. Growing up in a home where she is frequently on the outskirts of conversations between her mother and sister, and with no friends (at least that we ever encounter in the film), Sarah Jo's desperation for human connection and for external validation of her own place in the world is apparent. Sarah Jo listens to frequent discussions of sex between her mother, who has been divorced five times, and sister, who audibly declares her own tendency to develop powerful crushes quickly. Madelyn speaks openly to her daughters about the allure of sex and romance, while Treina spends her time practicing sexy TikTok dances and expounds about her own sexual entanglements. In contrast, Sarah Jo is wide-eyed and childlike: giggly, clothed in prairie dresses, and prone to construction-paper crafting.  Observing the ways that sex has shaped their lives, Sarah Jo perceives sex as the solution to the disassociation she feels between herself and others, and between herself and her own body.

Coming 12 years after Dunham’s first (and only other) feature film, Tiny Furniture, anticipation surrounding Sharp Stick was high, but the characters in the film come across as insufficiently developed and unrealistic. There are moments that feel a little absurd, like an early scene in which mother and daughter Madelyn and Treina smoke weed together while listening to “My Neck, My Back (Lick It)” by Khia. Given that Treina (unlike Sarah Jo) is Black, the lack of direct explanation as to why Treina shares this more risqué bond with her mother while naive and innocent Sarah Jo does not feeds into stereotypes of Black women as wild and hypersexual.

For Dunham, who already possesses a storied history of race-related missteps, this is not a good look. A 2013 article from The Atlantic detailing the racially problematic nature Dunham’s famed show Girls declares: “Dunham continues to cast non-white actors only when race defines their character—which is to say, she still doesn't get it.” Treina’s portrayal in Sharp Stick seems to perpetuate this trend of Dunham’s.

The more lighthearted mother-daughter instances in the film are tinged with the dark discomfort that Sarah Jo feels in her own life and body. Ultimately, the film seems to be less of a story of Sarah Jo's life than it is a contemplation on sex and what it means to feel seen. Sharp Stick went from a quirky story of an affair between a young girl and a married man to a frank portrayal of sex, human connection, and the fear accompanying it.

Sarah Jo's discovery of pornography in the second half of the film is a major turning point. In an interview with W Magazine, Lena Dunham describes Sarah Jo’s character: “she’s incredibly naive, almost like a Disney princess, but she also does things that most people would consider “bad…” The character of Sarah Jo posits these traits in direct conflict with one another. Her preoccupation with her own lovability translates into an insecurity about her actions. She wonders if she is “bad at sex” and if that will make her “impossible to truly love.”

We see Sarah Jo try desperately to quantify lovability in an attempt to harness it. She creates checklists of sexual acts, believing that by completing them she will become someone capable of being loved. It is this desire for love that I find to be the most real and relatable aspect of Sarah Jo. Even her quest to seek love through sexual prowess, although extreme, is familiar in that it posits love as something goal-oriented. But what Sarah Jo comes to realize by the end of the film—and what I am still working to accept in my own life—is that love is not earned.