"Petite Maman": A Little Girl, a Witchy House, and Why Grief Needs a Container—BUST Review 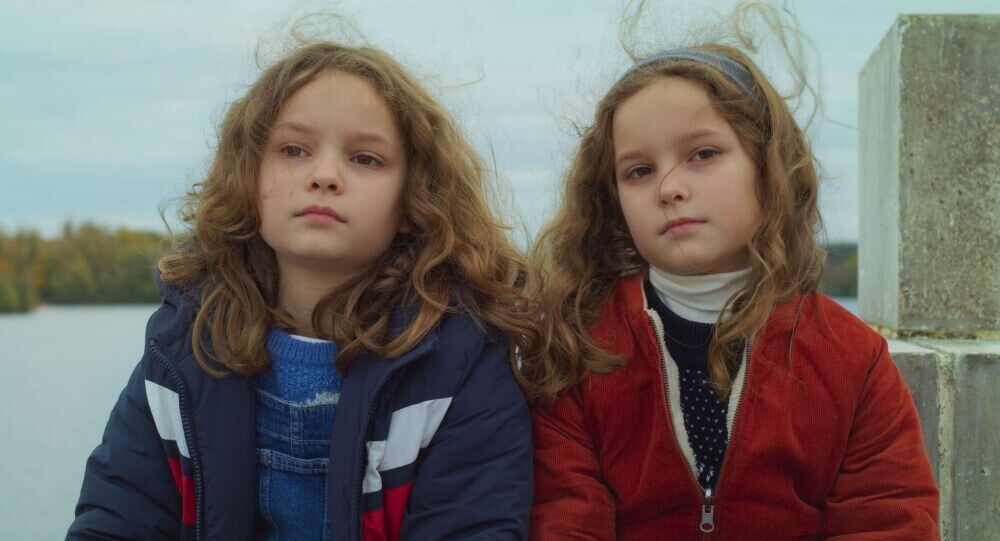 Céline Sciamma’s Petite Maman is about a sweetly witchy house in the woods where a little girl in mourning for her grandmother happens upon a playmate with the same name as her bereaved mother. The bereaved mother, Marion, has just exited stage left, too upset by the death of her own mother to deal with the house and its archives — the childhood notebooks, the shadow panther that hunts and haunts her bedroom at night.

Nelly (Joséphine Sanz) and her new friend, young Marion (Gabrielle Sanz, Joséphine’s twin), have the same serious little faces and nondescript clothes — sneakers, sweaters, overalls, jeans — and Petite Maman could take place at any time in recent history. They make up elaborate plays and put on costumes and confide in each other. They romp in the woods, specifically in a delightful wooden hut that Nelly had heard her mom talk about making when she was young. Marion brings Nelly to her house, and it is the same house that Nelly’s parents are cleaning out. Marion’s mother walks with the same gait as Nelly’s beloved grandmother.

It is simple, beautiful child logic — a child’s gaze, steady and clear.

“My films are about trying to console people,” Céline Sciamma said in an interview with Little White Lies. Petite Maman is about “intergenerational trauma and love,” she told Screen Daily, describing her script for the children’s movie My Life As A Courgette as a way to “[create] a safe space for radical feelings.” It seems Petite Maman offers the same respite — at least it did, for me.

Grief needs a container. For Nelly, it’s a house and the woods behind it. That liminal space offers Nelly a way to fully grasp her melancholy mother as her own person in a way few of us will ever manage, and to see her grandmother as a young woman, as a mother herself.

Like Marion, I had the great good fortune of inheriting my mother’s house when she died, but it was in Texas, a place I do not want to live. It was a house for a family, which I did not have. The scant emotional connection to it that I had was warped by the very strange weeks I spent sitting shiva with an alcoholic punk who nipped into my late father’s cocktail cabinet and whose dog peed on my dead mom’s carpets.

In fact, I realized late one night, I fucking hated that house. I would never live in it. When I dreamed of being home, that was not the house I dreamed of, not my childhood home, a strange little carriage house with a mansard roof on a side street near downtown Dallas that was just big enough for my mom, my dad, and me. Once I’d sold the house, my brain and body sped up like I was a computer whose owner had finally force-quit all of the programs running in the background. I was just picking up speed when COVID hit full force, and then I  back to being in the terrible limbo of grief time. At least now I’m no longer alone in that grief — we’re all here together.

When my mom died, my grief was too big to contain. It is exhausting to grieve the dead, not just because of the millions of offensively petty things that need to be taken care of or (if you’re lucky) delegated, but because the effort to control grief requires immense energy. To speak of the grief, to think of it, to write about it is terrifying. It is only now, with movies like Petite Maman, that I can access these feelings safely, almost three years later. And while I enjoy horror movies for thrills and catharsis as much as any other Final Girl devotee, it’s a relief that nothing bad happens during those 72 minutes spent inside Sciamma’s container. As Elif Batuman wrote in the delectable New Yorker profile, “Perhaps Sciamma is on to a secret that nobody else has guessed: you don’t actually have to shoot Chekhov’s gun.”