EXCLUSIVE: Mayim Bialik Talks Imposter Syndrome As A First-Time Director, and Her Latest Film, "As They Made Us" 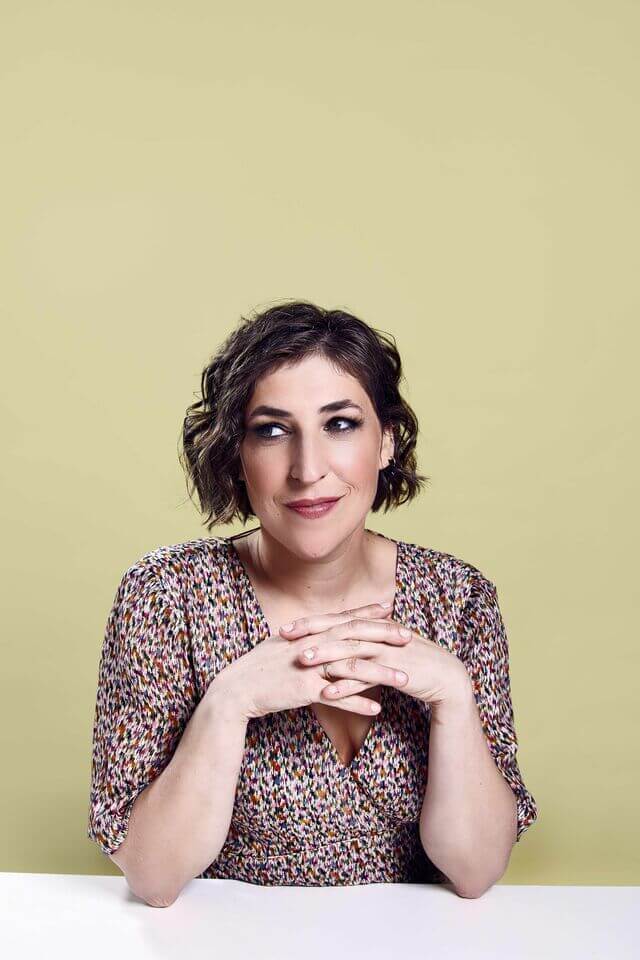 TV veteran Mayim Bialik is no stranger to entertainment. The former child star is just as known for portraying the title character on the 90’s sitcom Blossom, as she is neuroscientist Amy Fowler on The Big Bang Theory. With a lifetime in “the biz” the Jeopardy host is charting new territory, writing and directing her first feature film, As They Made Us. Inspired by her own family, the film centers around Abigail (Diana Agron), a divorced mother who just can’t seem to break away from her dysfunctional family. Her father Eugene, played by Dustin Hoffman, is slowly dying from a degenerative disease, while her mother Barbara (Candice Bergen) is steady in denial.

BUST sat down with the first-time director to discuss grief, imposter syndrome, and what people get wrong about the caregiving experience.

BUST: So, let’s get down to the nitty-gritty: Just how much of this film is autobiographical?

Mayim Bialik: Ha! I mean, I haven’t thought of it in percentage terms. Many things about the story are from my childhood and many things are completely fabricated and literally never happened. So, what I kind of decided I when it went from a writing project to oh this might actually become a movie was that I wouldn’t go scene-by-scene and say, ‘This happened, or this didn’t happen and so on.’

I mostly wanted to explore this sibling relationship and what happens when siblings react differently to a home with mental illness and addiction.

B: You have such an amazing career as an actress and game show host. Why did you decide now was the time to write and direct your first screenplay?

MB: For me, a lot of this process learning as a woman…what it means to be in a space that I wasn’t trained to be in, or that wasn’t my path necessarily. You know, I was a child and teen actor and then I went to grad school, had two kids, and I left academia to be home with them. You know, all these interesting things around of my identity and a lot of shifting places for me as a woman.

My father passed away seven years ago… and there’s a very specific year of mourning in traditional Judaism that goes for a year after someone–a parent, sibling, child or spouse passes – and so after that year, words started coming to me. Memories, images, many accompanied by music, and I started writing them down. I did not think, ‘I want to make a movie’. Like, I just didn’t have that notion, which, many people have pointed out that – that many men in my position – would have said, “I’m gonna make a movie!”

I wrote out my feelings and kind of constructed this story…and then sat on it for about a year.

I was nervous to take that on – particularly as a woman. There’s something about even as a feminist – even as a woman with a place in academia – there was still something very uncomfortable about taking that space up. I would say that continued as I questioned, Well, I never went to film school. It was my ex-husband–who I’m still very close with–who said, ‘you know, most dudes come out of film school with the confidence of I’m gonna make a movie and I’m gonna write it and direct it and it’s gonna be amazing! And he said, ‘Why not see yourself like that?’ 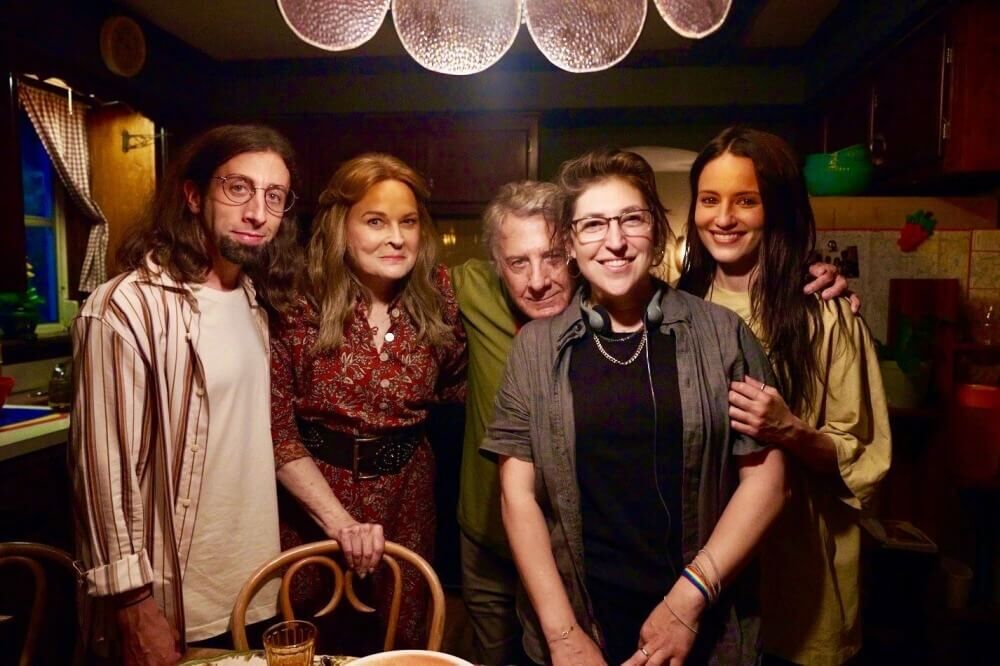 B: Candice Bergen plays Barbara, Abigail’s mother, who is in denial about her husband’s grim diagnosis. What do you think people get wrong or don’t understand about the care-giving experience?

MB: What I learned is how much women do balance. So, when it comes to the point of life where they have to caretake because let’s say, their husband or their partner is not well, what we see is sort of a clash.

For my mom it was a woman who was always in control of everything. And all the sudden, you’re presented with something that’s completely out of your control. There’s no time course for it – I mean, there’s a rough time course, but there’s no way to kind of plan around a lot of the specifications that occur. I think for my mom it was a real challenge, and I wanted to show some of that complexity. We see a lot of the doting wife, or we see a lot of the distant wife. But many women find that they are juggling both of those things. There’s an irritability and a frustration with the lack of ability by someone who is not well, there’s a strong desire to love and be there for them. I think that’s often where children, historically daughters, step in to fill in all those blanks. And I think that’s what happened in my family and many cases, and that’s the relationship I wanted to show.

B: You have a PhD in neuroscience, but you were a child star. Why was it so important for you to invest so heavily in your education?

MB: I come from an immigrant family–three of my four grandparents are immigrants to this country. Plus, I was raised with a very strong work ethic. My mom’s parents were sweatshop workers, so I was raised with the immigrant experience being one of we barely survived, and we struggled to get to this country, so that you could go to college. Like, that literally was the message.

I knew that I wanted to go to college no matter what. I fell in love with science when I was on Blossom. When I was about 15, I had a female tutor, and it was my first time working one-on-one with a woman in science. She was young and passionate and also from an immigrant family. I also wanted to have more of a – quote - ‘normal’ life, you know? I had grown up on people’s televisions, but I was never really taken with fame or money. Those things didn’t drive me and I wanted to be in a place where I was valued for kind of what was in my brain and not what I could offer you.

B: As a newbie director, are there any female directors you admire?

MB: I mean, I’ve always been inspired by strong female comedians. And I was raised on, you know…Lucille Ball and Tracy Ullman and Carol Burnett and those kinds of females. Greta Gerwig is someone who, when I discovered her, I feel like I found the person that I most kind of admire and would like to be. Eliza Hittman is another person–a really fantastic director. I actually completely reached out to her cold when I was doing pre-production for my movie, and said, ‘I admire you so much. Can I talk to you?’ And she actually spoke to me! She gave me some really great general advice, in particular about some of the challenges of being a woman in this position.

B: Finally, what are you hoping viewers take away from this very personal film?

So, I think it really is a very personal journey. I do think that this family structure is very touching, and so, the complexity of that, is what I’d like people to leave with.

As They Made Us is in theaters and on-demand now.