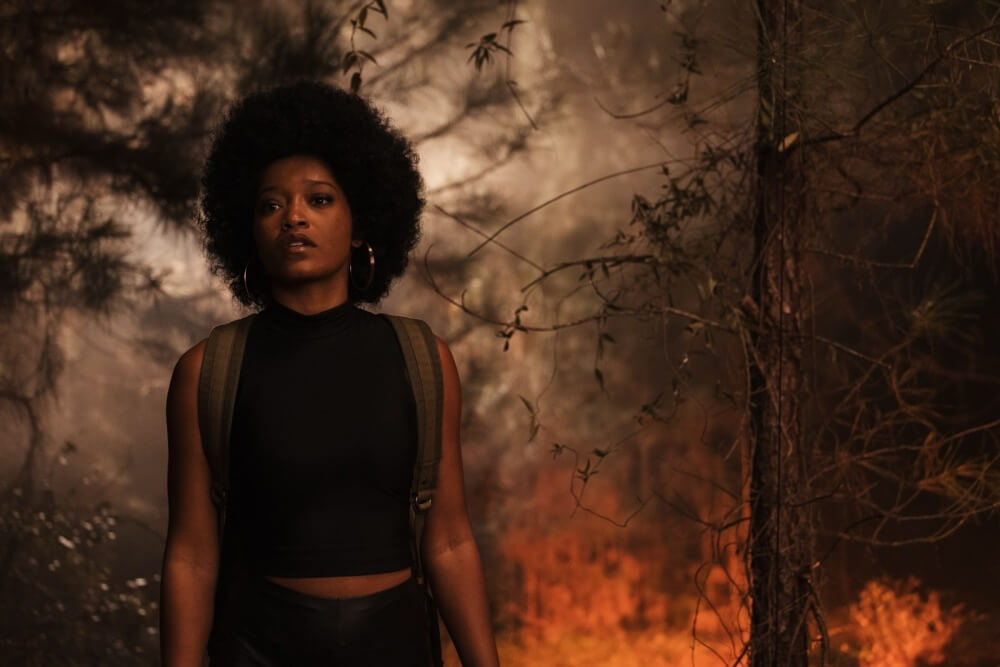 What would you do if you found out that freedom was closer than you thought? Or simply a state of mind. Alice, the brainchild of debut director Krystin Ver Linden, is a revenge thriller set in the Antebellum South on a remote Georgia plantation. The film stars Emmy award winner KeKe Palmer (Akeelah and the Bee, Hustlers) as its eponymous heroine longing for her freedom and rapper-actor Common (The Chi, The Hate U Give) as the disillusioned political activist suffering from arrested development from losing his mother to the movement.

The movie is inspired by the actual events of several enslaved families who, for generations, remained captive long after the Emancipation Proclamation was decreed. Many of the families were passed from white family to white family, laboring under a peonage system, hoping their lives would improve. Others, crippled by the fear of being killed if they ran, remained isolated from knowledge altogether.

The film opens with Alice running through a deeply wooded area surrounded by nothing but trees when she stops herself from running to release a scream. We then see her getting married to a man named Joseph (Gaius Charles) in a secret ceremony at dusk, where the priest pronounces the pair "man and wife" bound together until "distance do you part." Unfortunately, before they can consummate their union with a kiss, they're quickly interrupted by the frail framed plantation owner Paul Bennet, played by Johnny Lee Miller (Settlers, Elementary). What follows are the familiar scenes of fearful Black people cowering under the brunt of punishment devices and iron rods. After a violent exchange with Paul, where Alice is released from the chains he put her in as punishment for her disobedience the day prior, she blinds him with a shard of glass and makes a run for it. Earlier on Joseph had tried to escape the plantation and ended up losing his life. Alice had plans to get away and never look back. She runs a short distance through the forest before stopping to take in the overwhelming sight of nothing but the trees around her. 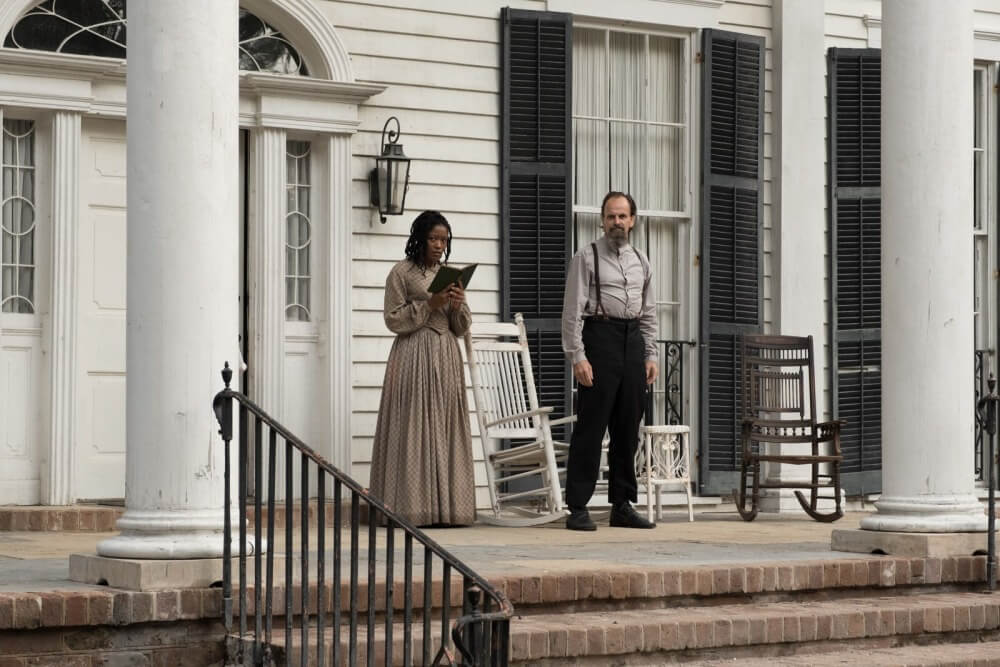 She then quickly resumes her running, and tumbles onto a busy freeway–something she had never seen before in her life. For me, this is when the sequencing feels slightly off. Not only was it disorienting to see her run out into the bright open street, but it was also baffling to think that freedom had been just footsteps away the entire time. We also just spent a third of the film entrenched in stagnant plantation life that, in actuality, was in the twentieth century and not the 1800s.

The freeway is also where she meets Frank, who stops just short of running her over with his truck when she runs out into the street. In an act of chivalry, he picks her up and places her in his truck, with plans to leave her at the hospital. He drops her off, thinking that she has amnesia, and the hospital can help. But he overhears the nurse talking about sending her off to a sanitorium, and he has a change of heart. Frank recalls the trauma of his mother's experience with the sanitorium and decides it would be better to take her back to his place. 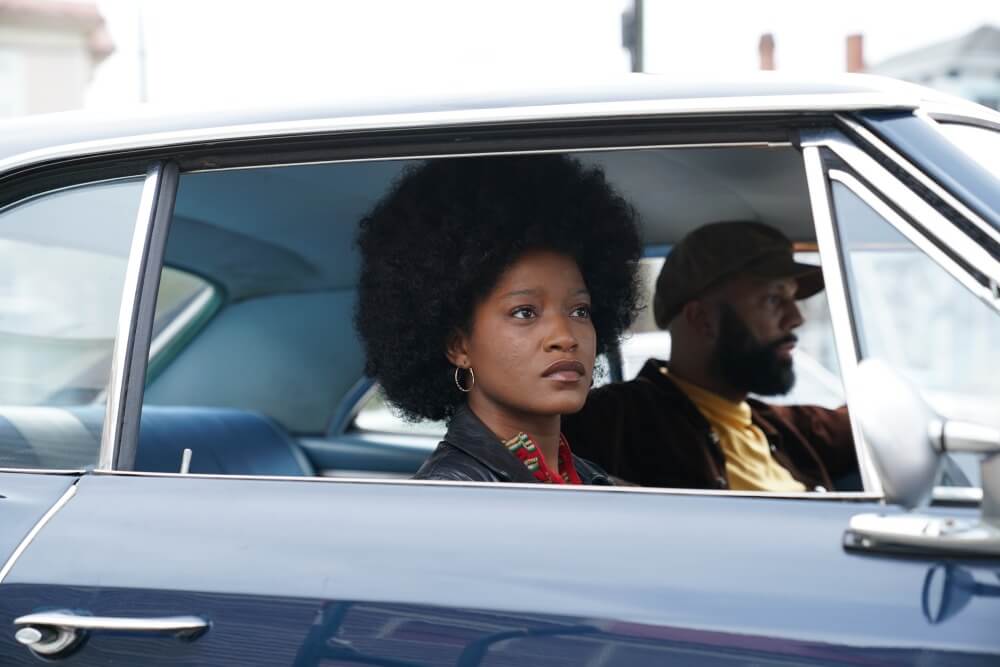 Once Alice returns to Frank's humble abode, the pace picks up. We immediately learn that it's 1973, and the urgency in which Frank tries to bring Alice up to speed on Black culture feels like watching a game of Black Card Revoked with Frank serving up bologna sandwiches on white bread and a crash course on Black History. Alice goes from seeing nothing but the small family of white plantation owners where she compares her face to a sketch in an Anna Karenina novel while staring doe-eyed into a mirror, to being immersed in the 1970s Black Power Movement.

Palmer has the gift of vulnerability. It was easy to believe that she was taking in everything for the first time, especially while watching Pam Grier kick butt and take names in the Blaxploitation flick Coffy. To help set the tone, and jog Alice’s memory, Frank's apartment was filled with Black culture references. From Diana Ross's iconic Rolling Stone cover, Angela Davis speaking on television, and piles of books and Ebony Magazines. 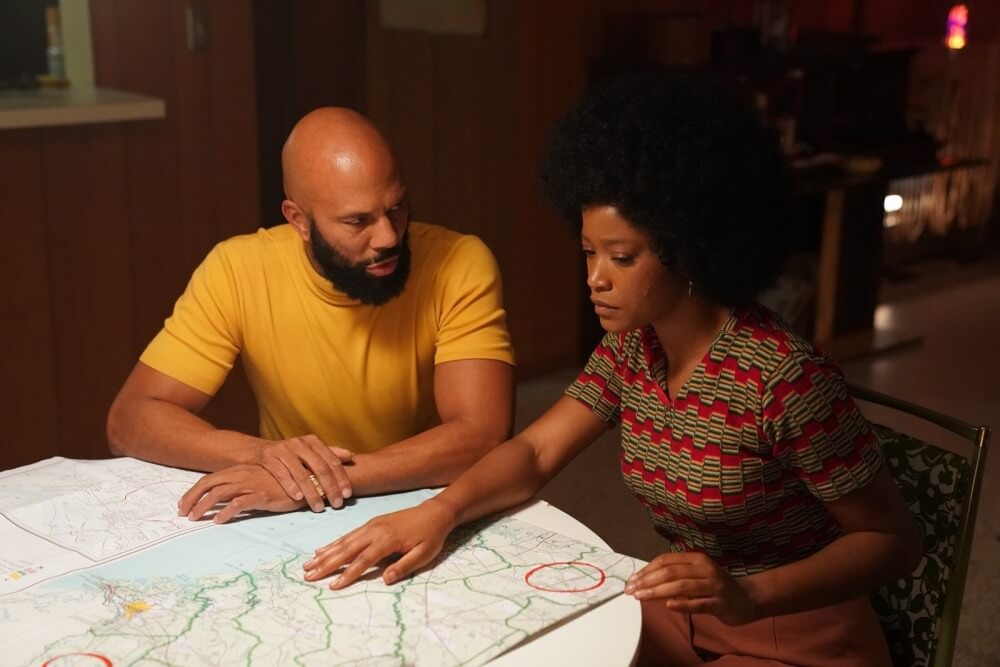 The way in which Alice inhales the amount of information in a span of days causes her to permanently discard her old plantation attire, which covered her from neck to ankle, and don a Black Panther-inspired fashion replete with an afro. Her rapid evolution is somewhat of  a stretch. However, Ver Linden touches on the metanarrative of the power of information in shaping ideas and how quickly it can change consciousness. All of which serve as tools for liberation. Palmer is nuanced and charming from beginning to end. I don't think any other actress could have embodied the innocence and strength she brought to the title character. 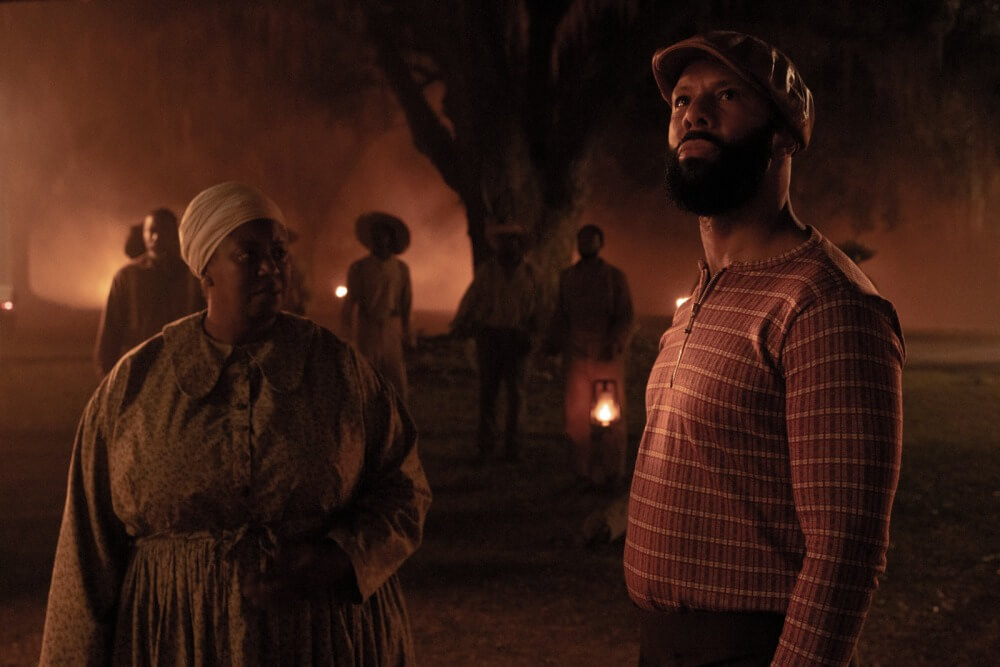 We do get to see Alice not only get angry, but get revenge. Once she’s armed with information on who she really is as a Black woman, and what’s been done to her, she decides to go back and free her family from the plantation. The transformation from a naive and ignorant enslaved woman to an assertive, empowered, and beautiful free Black woman in a crop top and leather pants makes you root for her.

I loved every minute of her badass moments, as well as her encouraging words to Frank. There’s a moment where Alice asks him to go back to the plantation with her and fight and we discover that his masculinity has been eroded right along with his confidence, due to being a Black man in America. This is one of Common’s most vulnerable  scenes and he shows an adept range of emotions. It's obvious that he needs an encouraging word as well as a woman's touch to revive the fighter in him, without Alice's strength and tenderness smoothing out his insecurities, he would still be in his apartment watching the movement on tv and eating a bologna sandwich. The chemistry between the two was undeniable and beautiful to see. 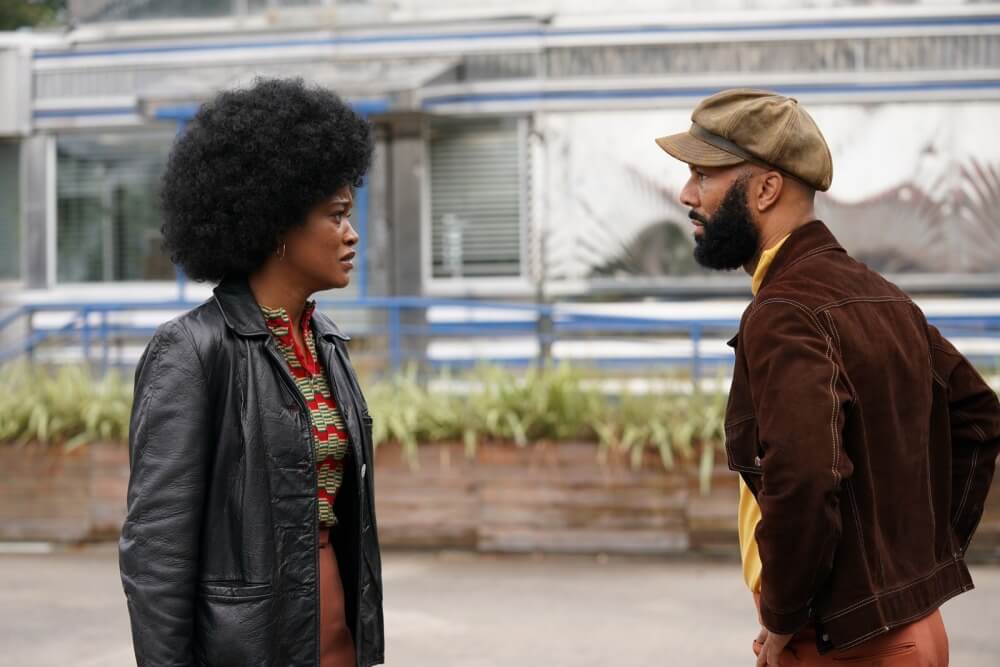 The most prominent theme is that of the Black women's resilience and self-reliance. The main character is especially symbolic of a time when the floodgates of information were flung wide open. We can also draw parallels to the world's present-day civil unrest during the pandemic when the film was shot and where people defied all warnings and threats to their lives to come together in solidarity for Black people. Through Alice we witness how truth and information can cause a radical shift in consciousness and that shift is where our society finds itself today. This aspect of empowerment should resonate with most audiences.

The script touches upon many historical themes quickly and with subtlety, so you better be paying attention, or you'll miss them. For me this movie signifies a change in our times and the direction that movies in the genre are being told. Alice is daring to change both the  narrative and perceptions of what it means to be free and who gets that privilege. Even with its quickly reconciled ending, I hope Alice will be seen as a stroke of genius by this rising director, when film students examine her creative cannon.